A Boy and His Dog at Arthur’s Seat 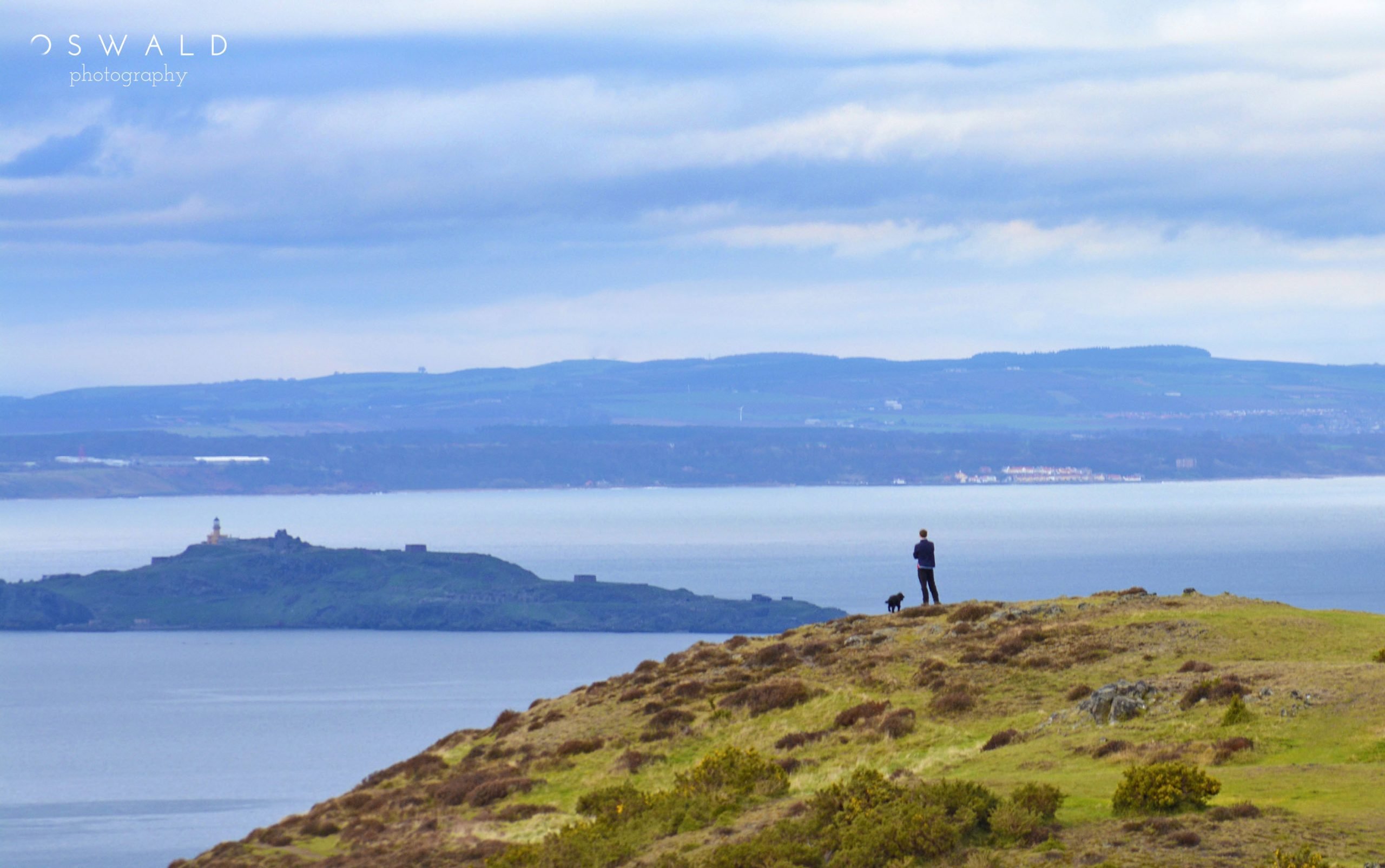 The bags under my eyes must have been filled with lead, but my spirits were high.

It had been just 24 hours since my plane touched down at Edinburgh International Airport, and I was fighting the reality that my body wanted desperately to sleep. And yet the light of the Scottish midday propped my eyes open. Clearly, it was time for a hike.

The city of Edinburgh is a gem, if I haven’t already said it enough. With so many things to see and do, we didn’t quite know how to spend the little time we had in Scotland’s capital city. With my photographer hat on, I wondered where I might find some high ground in the city to get the lay of the landscape. And I was ready to stretch my legs after sitting for nearly 20 hours on a string of Aer Lingus flights during the previous day.

Fortunately, I wasn’t alone. My wife, sister-in-law, and my dad were feeling the hankering for a bit of a fresh air too. When my mom volunteered to watch the two thoroughly jet lagged little ones while we explored, our horizons broadened beyond those pathways where strollers may roll.

So I did what I always do and sought out the nearest volcano. Okay, what I sometimes do.

Arthur’s Seat is the tallest of a group of hills at the center of Edinburgh, formed over the top of a long dormant volcano. I could see the hill from a distance and had been told that it offered a great view of the city and the sea. Rather conveniently for our expedition, the climb up Arthur’s Seat began just one “Royal Mile” from our rented apartment. Though “climb” is probably too strong a word, since the summit of the hill is only 822 feet above sea level.

Yeah …. this was more of a walk up a grassy hill. No need for hiking boots. And that was just fine. The walk gave us plenty of time to catch up, since this was the first time our globally scattered family had been together over a year and a half. We traded jokes, memories, trivia, and gasps — the latter happening each time looked back down on beautiful vistas of Edinburgh from the heights we had climbed.

During one particular glance down the hill, I looked across a ravine to where the scene in the above photograph unfolded before me. A man had broken away from the pilgrimage of walkers who followed us up our trail, walking over to another lesser peak. His dog circled him, never straying far away and always taking his cues from his human friend. It was as though they knew of a secret lookout upon this bay called the Firth of Forth that was theirs alone. It was indeed a beautiful spot with all the trademark blues and greens of Scotland, and a wonderful place for a couple of friends to share nature with each other.

It reminded me of the affection and devotion of my own dog, Hunter, now thousands of miles away at home in California. I wished ol’ Hunter were here with me at Arthur’s Seat. Golden Retrievers like Hunter had originally been bred in Scotland a few hundred years prior, so perhaps a journey to Scotland would feel like an unexpected homecoming to a home he’d never known. Regardless, I knew he’d relish the chance to run up this hill alongside our little party. He was indeed a family member missing from our trek. *Sniff*.

The two companions stayed there to take in the scene for minutes. Enough minutes that I had time to smile at the scene and realize, “I oughtta take a picture”. Which is exactly what I did, though I did so without much skill. This was one of the earliest pictures I took as I was falling in love with photography. I didn’t know how to keep the whole composition in focus, or how to get the best clarity out of my lens. Heck, I hardly knew which lens to use. Or how to change lenses for that matter.

For all of my inexperience, I’m glad that I took the shot. The image captures a moment that I’d hope not to forget.

Oh, and yes, we walked further up the hill, but that story and those photos are for another time …

Where are some of your favorite look out points in the world? Share this story, then share your secrets in the comments below.