A Break in the Clouds of Depression 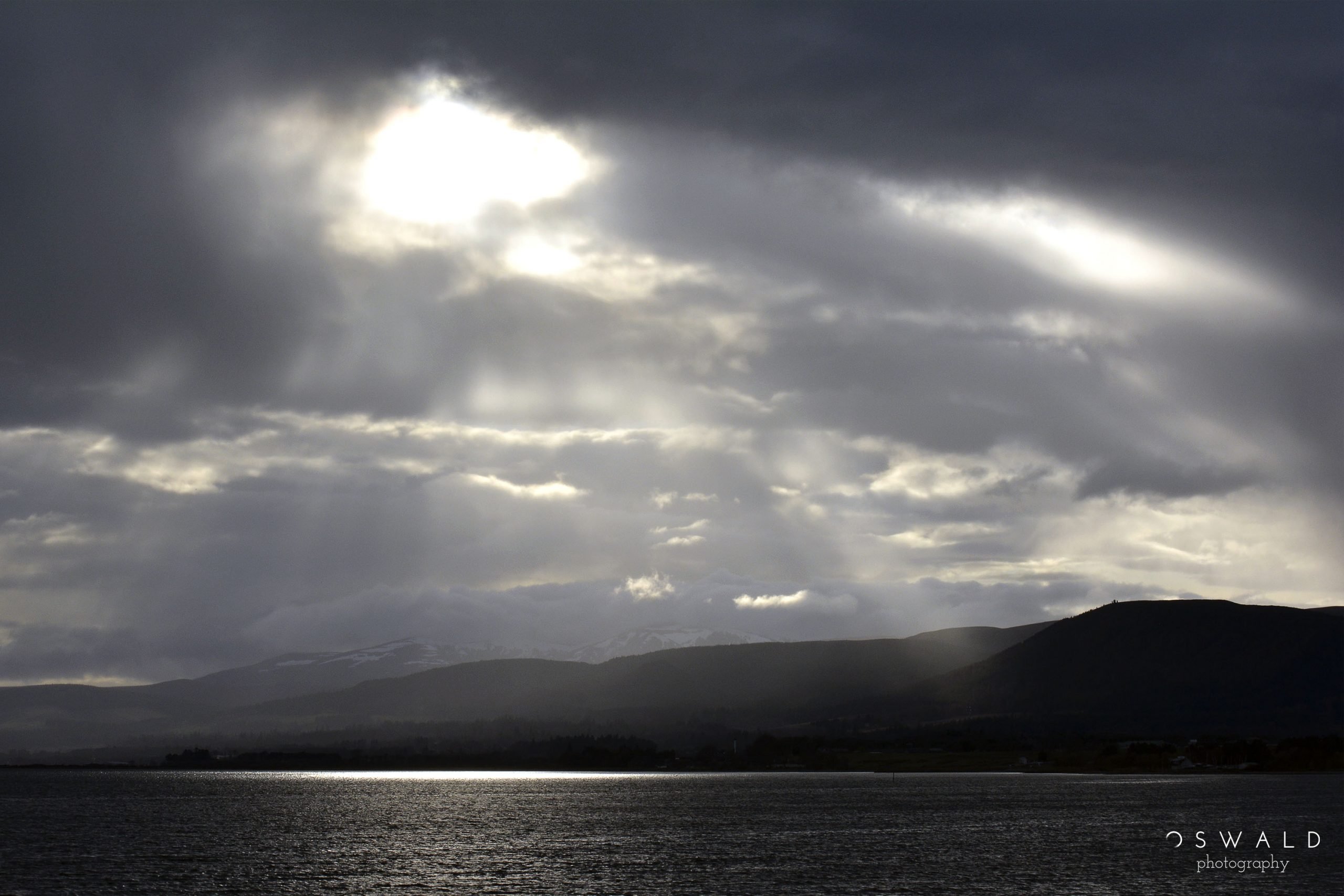 If the sort of epic battles you see in summer blockbusters play out anywhere in the real world, they just might happen in the clouds above Scotland.

Or, you know, in your mind.

The first few days of our family trip to Scotland had flown by despite the telltale dark circles of jet lag beneath our eyes. From charming Edinburgh streets to swooping golf greens at St. Andrews, our whirlwind tour had already had already hit some wonderful high notes. My mom and dad, wife, kids and I rolled around the countryside in a giant diesel van with wanderlust in our veins. Or at least in mine. Exploring new places with people I love has to be one of my favorite pastimes.

Throughout these first few days, the famously unpredictable Scottish weather had changed more often than an extra changes costumes in a Broadway musical. The old saying goes, “If you don’t like the weather in Scotland, wait five minutes.” This had proven true for us many times in these first few days. Fitful gusts had calmed themselves to a standstill, only to blow with more force twenty minutes later. And repressive clouds of dark grey would often unload their rain so quickly that the clouds disappeared — as though they had never been there. It was all so dramatic (and bearable thanks to the heater in our van).

Day five of our trip brought us to Invergordon: one of the biggest unknowns on our whole itinerary. Whereas most of the towns we would visit were famous for scenery or historic battles, whisky, or Ewan McGregor, this was simply a town that had a rental house available on the dates we needed. We were ready for anything.

What we got was a cozy little cottage directly on the shore of the Cromarty Firth. The many windows in the whitewashed house all peered out to the Firth, a narrow body of water that felt like an oversized river that I could most definitely not throw a rock across. Looking out, I could see fishing boats, as well a few of the many oil drilling rigs planted in the waters of Scotland’s east coast. And as I surveyed the view from this house, I looked to the West and saw the sun and the clouds wrestling for control of the skies. I grabbed my camera, and my mom, and headed for a spot on the shores where I might get a better view of the action.

As we parked the van and stepped out, the winds nearly bowled us over. Whatever battle was playing out up above us seemed to have spilled over to the world below. My mom walked along the shoreline while I futzed with my camera’s light meter, which was having a terrible time trying to sort out the light from the dark. By this point, the clouds had gone from dark to darker to darkest. Nevertheless, I kept snapping photos of different spots, in hopes of capturing some of the drama of the scene.

Why was I so fascinated by this scene, anyway? Perhaps it is because I’ve faced my own oppressive clouds in the past: depression. And indeed, depression is an adversary that feels like an unbearably heavy bank of clouds that rolls in and just won’t blow away. When those clouds arrive, it is like all my joy and pleasure are sapped away without explanation. Even in times that would normally be fulfilling and fun, a sadness and feeling of personal worthlessness sets in. Sadly enough, I feel just like the sullen-faced actors in those anti-depression medication commercials on TV. My mind tells myself lies that I cannot tune out. Though I can usually tell it is depression that I’m battling when I can’t find a reason for my sadness. When it comes, it often stays for days at a time despite my busy schedule and my attempts to distract myself.

As I stood there on an Invergordon beach with my camera, it was as though these clouds were the real-world manifestation of my depression: dreadful, heavy, and dark. And before my eyes, a break forming in the clouds would give me a new picture of depression vanquished.

Seeing the sun’s rays begin to pierce the clouds felt like watching a decisive victory in the making. Sunlight passed through the clouds, illuminating parts of town, bits of the water, and even low-lying clouds. My mom must have picked up on the change as well, for she waved to me from her position down the beach, pointing to the skies. The world had turned to silhouette beneath the cloud cover, and it was clear now that the sun would light the world again before long.

When depression strikes, I find myself reduced to a different kind of prayer than usual. Whereas I might normally thank God for who He has been to me, or how he has provided for me, my prayers in the midst of depression are more deep-seated and desperate. They’re the sort that ask God where He’s gone, and why He feels far away in my hour of need. It is like I’m stuck below on the darkened countryside, unable to see or speak beyond the clouds where I know God is. I’m in pain while I wait. But given enough time, God breaks through the clouds (and the chemical imbalance in my brain) to restore light to the land and to me once again. I’m powerless on my side of the clouds, but He rages from above to break through to me and remind me that I’m loved.

Had I been a better photographer, I might have done a better job of composing and editing this photo. Yet the image you see here is now my mental picture of victory over depression. It makes me grateful just looking at it.

It was just another afternoon in the Scottish countryside at Invergordon. Somehow, the weather stirred up far more than I would have expected.

What sort of emotions does a violent rainstorm conjure up for you? Tell us about it in the comments below!