Before the Hammer Throw 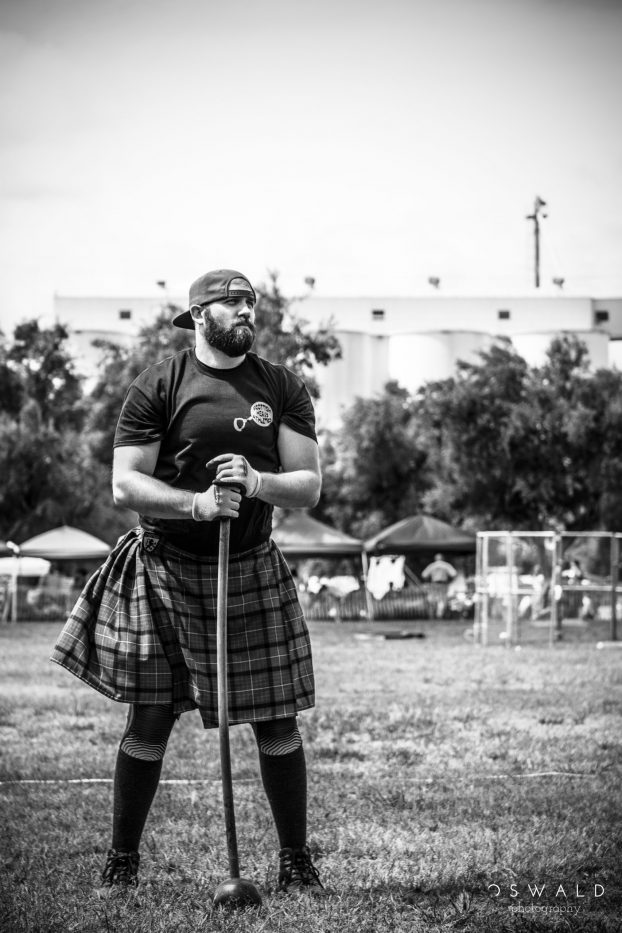 Call up a picture of the Summer Olympic Games in your mind. Then do away with any competitions that have to do with turning in the fastest time, swimming in pools, or hitting the center of a target. And then picture your athletes dressed in kilts.

What you’ve got left is the Scottish Highland Games.

My family and I first experienced the Highland games in the charming town of Newtonmore, Scotland. We hovered in that strange waiting period between when we had to vacate our rented Highland cottage, and when our train would leave the platform. So we had a few hours to kill. Thankfully, my wife and her sisters had caught wind that a Highland games would be held in nearby Newtonmore that day. We stopped in to see what all the fash was about.

Like a cross between a family reunion and county fair, the Highland Games was one of the most distinctly Scottish experiences we had during our time in the country. The Clan MacFarland had gathered together family from around the world to host the event, and to compete in a variety of games against other clans or mere onlookers who wanted in on the fun. The games green was in the middle of the event, surrounded on all sides by midway rides, food trucks, ancestry exhibits and whisky tasting. The place was alive with spectacle and mere diversion alike.

And the games were indeed the spectacle. The games or “Heavy Events” are actually said to be the template for the modern-day Olympic games, hearkening back for centuries in Scottish History. These games include:

Yes, the Scots seem to have a thing for throwing stuff, and they do it with abandon. And they do it in kilts!

But this photo isn’t from that Highland Games. No, it comes from thousands of miles away and several years later, when my family found ourselves at the Scottish Games and Festival in Woodland, California. And at the moment, we were perched along the sidelines of the Scottish Hammer Throw competition.

This young competitor in the Hammer Throw was taking a brief rest from the day’s spinning and hurling. After all, tossing a hammer that weighs twice as much as a bowling ball can take it out of you. His stance was powerful and the look on his face was steeled for the challenge ahead of him. And at the same time, this shot captures some of how this old Scottish tradition has been translated by travels to the New World: the pricey athletic shoes, baseball cap turned backward, and the neatly trimmed beard you’d expect from a Portlander. And of course, the kilt was not lost in translation. I was grateful to capture a shot like this.

Despite the distance from Scotland, it was amazing to see how much of the heart and tradition of the Highland Games had traveled to this Californian agricultural community. What we had once experienced in the heart of the Highlands was alive and kicking half a world away, right in our backyard.

Just ask the fellow with the hammer and tartan.

Ever been to Scottish Games yourself? Tell about your experience in the comments below!