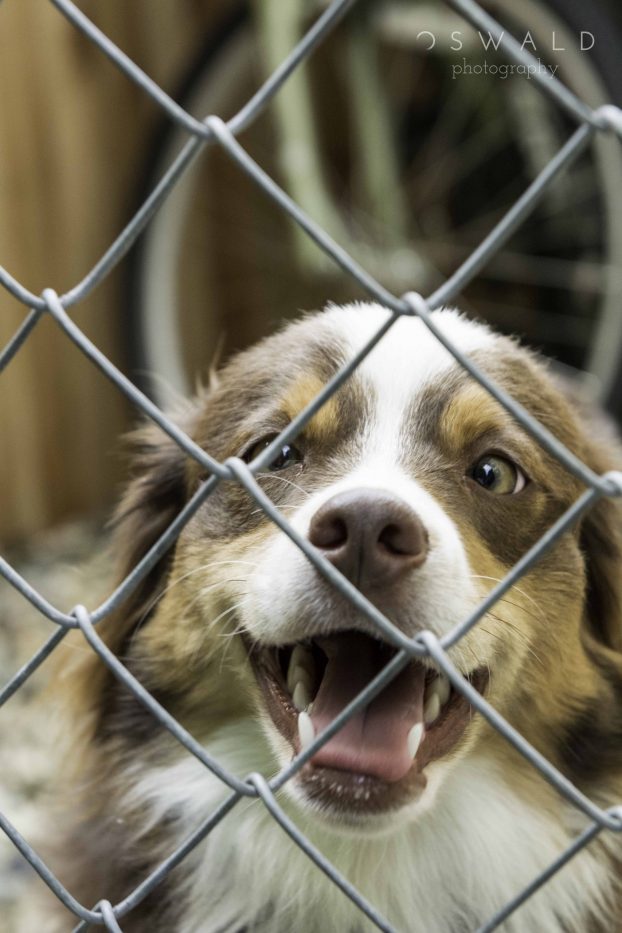 I feel a twinge of remorse when I see a dog without a job. That’s probably because I contribute to my own dog’s lack of gainful employment. Most home-dwelling American dogs are living far from the fields and farms where they were bred to thrive.

I write this as my Golden Retriever lays a few feet away from me, scratching himself. His breed was nurtured in Scotland to follow hunters out into the field — undaunted by noisy blasts of gunshot. When the hunter hit his mark, the Golden Retriever rushed to gently pick up the bird in his mouth and return it to his master without damaging it. Despite his name, Hunter has never once gone hunting. Hunter may be a bit of a misnomer, eh?

That’s too bad, as I expect he’d make a great farm dog. Austin has plenty of youthful, fun-loving energy. I suspect that he’ll still have most of that same energy years down the line since he comes from a breed that is known for spending a lifetime running circles around livestock. But what is a dog like Austin supposed to do when he doesn’t have a flock to keep in line, or fields to bound across?

This photo comes from an Easter afternoon at my in-laws’ home, not far from Sacramento. The extended family had gathered there for the day to celebrate Jesus, as well as to enjoy a meal and an Easter egg hunt in their lush backyard. My sister-in-law brought Austin along for the festivities so that he wouldn’t have to miss out back home. In his boundless energy, he ran around the yard with the children, attempting to round them up like his own little flock of sheep. He barked playfully at them, though these kids don’t speak dog. I caught him eyeing the neon, plastic eggs hidden around the yard — probably wondering if they’d make good chew toys.

Before long, my sister-in-law took Austin over to the sideyard behind a chain-link gate to keep him from getting into trouble. Sidelining him was wise on her part to keep the kids safe. Then again, maybe she was trying to keep him safe from my own “ride-on-everything” kids. Hmm. Whatever the case, he took his incarceration in stride. A smile stretched out upon his jowls as he watched the Easter afternoon play out from behind that gate.

We are all more fully alive when we are living out our purpose, and I’ll bet it is no different for dogs. I’ve seen glimpses of Hunter fully alive when running along forest trails, leaving his family a hundred paces behind. And Austin looked fully alive chasing kids around the backyard that Easter day.

Hey Austin, if you’re reading this, see if you can convince your mom to get you a weekend gig herding sheep at the closest pasture. I’ll bet you’re a natural.

What does your dog secretly dream about doing all day? Tell us in the comments below …