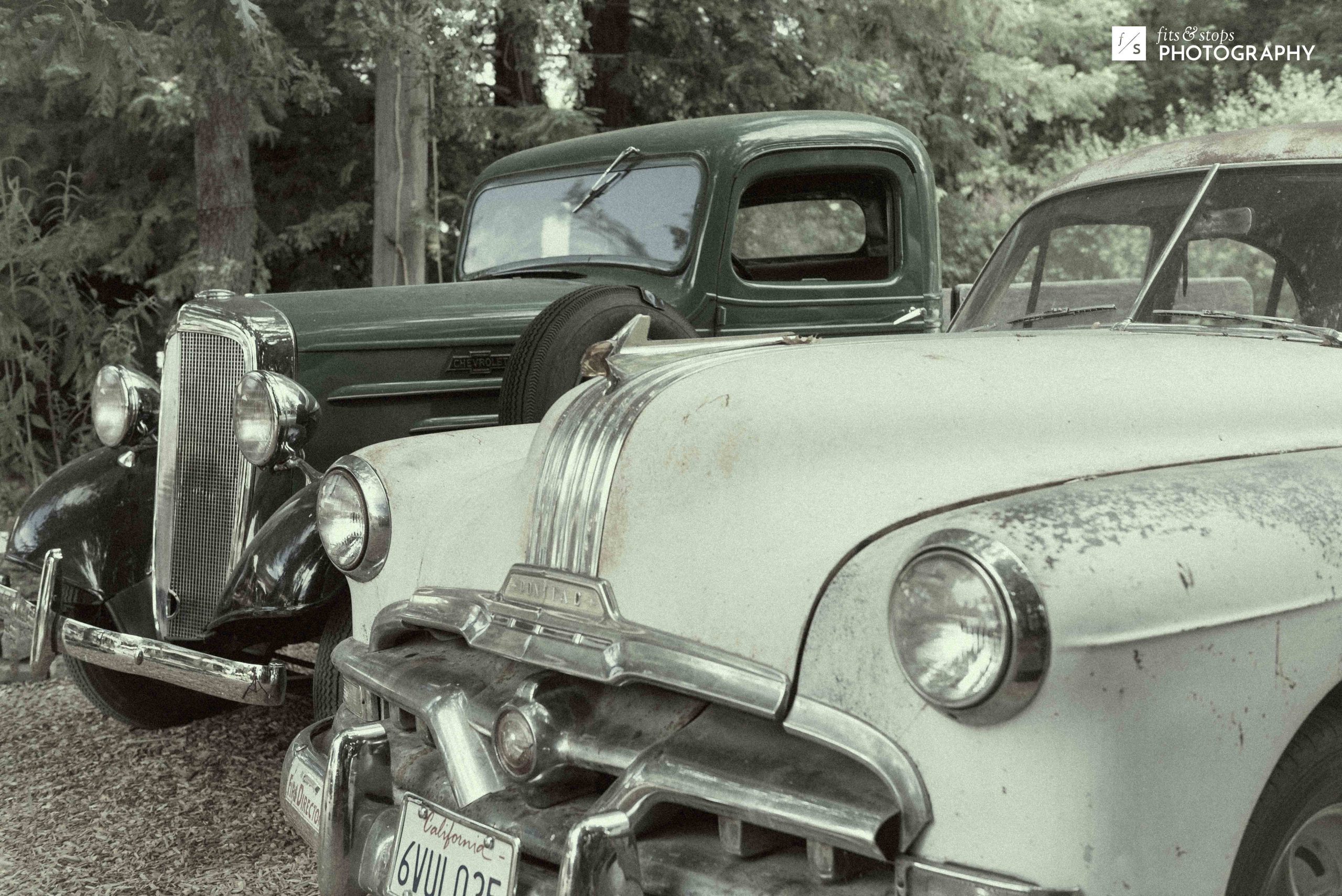 That Saturday found our family pulling into the Russian River Vineyards—just one more minivan of a caravan full of friends exploring the Northern California coast. Nothing says “relaxation” like visiting a winery with little children, or at least that’s the story I told myself as I pulled my third little one out of his car seat. My wife had already spirited the other two out of the parking lot. I took up the rear and ensured that our youngest didn’t inflict too much harm upon himself or others. He had yet to adopt the Hippocratic oath, you know.

As we climbed the stairs to the estate grounds, I spotted a wine-sipping crowd seated around tables made of barrels. A young jazz chanteuse with an acoustic guitar covered all sorts of unlikely songs (Coldplay’s The Scientist, anyone?). Toes were tapping, including mine. But more than the sounds, I was drawn to the sight of the vintage cars parked behind the singer. I’ve always loved the design and lines of cars, even though I’m useless when it comes to the mechanics of those same cars. These cars oozed charm, despite lacking the fuel efficiency today’s Prius drivers expect.

Even as the singer performed, I walked my little guy and my camera over to the cars to capture a few shots of these chromed beauties from days gone by: a friendly looking Chevy truck and a muscular Pontiac the size of Texas. I thought little about those cars after I removed my camera from my eye. One has little time to think when they are keeping an eye out for the wanderings of little ones. With that, I shuffled on to what was next.

Months later, I sat at my computer sifting through my piles of digital photos, hoping to discover some gems. I happened across some images from that day at the winery and spotted a few worthy shots of those two old cars. At first, I couldn’t understand why they kept me coming back to them. I think I get it now.

This particular image displays a couple of cars united by a common age. The shapes of their sheet metal likely appears about the same as they must have back on the assembly line in Michigan, only with some recent coats of paint. However, a bit of rust on the metal and some apparent wear on the old rubber of the tires give away their true age. These are cars of a different era. They are technically obsolete in comparison to the glossy and sleek models in today’s showrooms. I love ’em still.

Seeing the two cars parked side by side suggested to me some sort of warm relationship. The photo caused me to reflect on my wife and I. No, we weren’t made in Detroit, and no, we’re not quite that old. Though with each passing year of marriage, each laugh line that appears on our faces, and each inch that our children grow, it is clear that we’re not the newest models. We’re driven past the whirlwind of high school, accelerate through the excitement of dating, circled the joys of engagement and marriage, and launched into the endurance race that is raising kids. God willing, we’ll one day be empty nesters, road trip through retirement, and pull into grandparenthood. As we move through each season of life, it is as though our coats of paint become less radiant and the attention moves on to others.

Kindergarten field trips, sick kids, soccer practice, and diaper changes mean that there is less free time to invest in myself. Heck, I only shave every few days now as I spend more time in the morning getting little breakfasts ready for little tummies. Date nights with my wife used to be a weekly thing, but now we’re lucky to make them happen once every couple of months. When family members come to visit, they say “hello” to me, but everyone knows they really want to see the kids. Shucks, I can’t blame them.

One wise soul who realized that the public attention had shifted from him to another said:

“The one who gets the bride is, by definition, the bridegroom. And the bridegroom’s friend, his ‘best man’—that’s me—in place at his side where he can hear every word, is genuinely happy. How could he be jealous when he knows that the wedding is finished and the marriage is off to a good start? That’s why my cup is running over. This is the assigned moment for him to move into the center, while I slip off to the sidelines.” (John 3:28-30, The Message)

These words come from a famous teacher named John, whose star had risen thanks to his desire to see people live life to the full by living as God intended. But when Jesus came on the scene, the very crowds that had flocked to hear John began to chase after Jesus instead with all the fervor of Beatles fans. John could have protested, or started some mudslinging campaign. Instead, he explained that his role was to shine a light in the right direction rather than on himself. He was content to slip out of the limelight if it meant life would improve for others. And perhaps that’s how it oughta be.

Here’s hoping I respond this way next time I have to give up a date night to tend to a sick daughter.

Here’s hoping that I can encourage and bless others when my wife and I are those high-mileage, vintage cars looking on as life speeds by.

While I’m at it, here’s hoping I’m a vintage Austin-Healey by that time.

Happy New Year’s Day to you!

What has helped you to transition through the various stages of life in days gone by? And what kind of car are you?