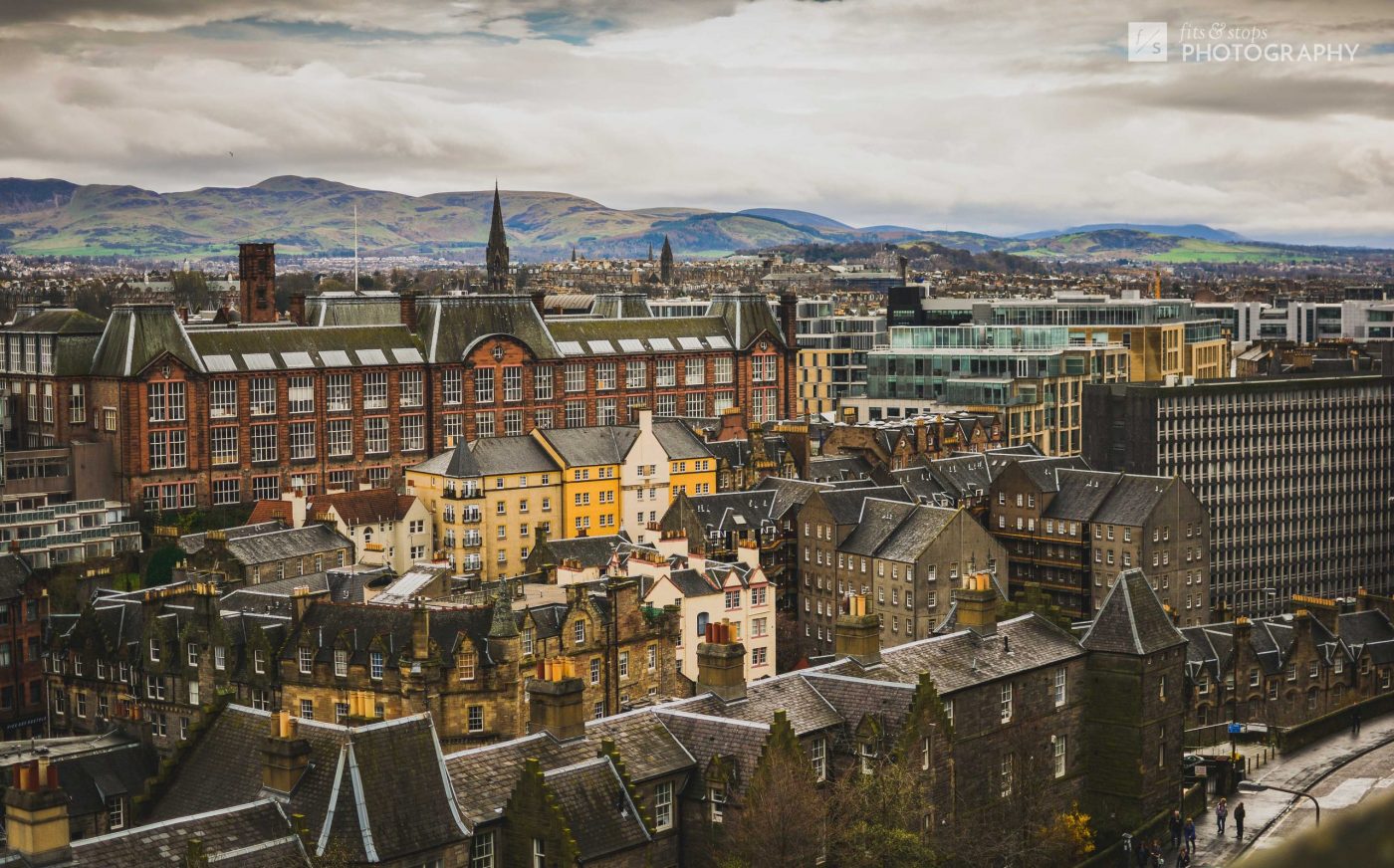 I returned to find the city was just as I had left it: cloud-covered and as charming as ever.

I breathed deeply and started my climb to the castle.

My family had made a whirlwind two-day stopover in Scotland several years ago, in the midst of a sprawling vacation in Ireland. The city of Edinburgh fascinated me despite us spending only a few rainy hours in Scotland’s capital city (desperately searching for a second-hand umbrella and receiving a parking ticket, I might add). The collision of old and new, the friendliness of the people, and the beautiful surroundings won it a spot as my favorite city in the U.K. I knew then that I’d have to make my way back.

And so we found ourselves in Edinburgh again, staying in a rented apartment above the lively Royal Mile. My wife and I awoke before our kids for once in our lives, thanks to the might of transatlantic jet lag. It would have been heavenly if it weren’t for the fact that we were feeling the effects too. Nevertheless, we snacked on some toast with my mom, dad, and sister-in-law, and planned out what we might do with the coming hours in Edinburgh. With St. Giles’ cathedral less than 20 feet away, buskers along the cobblestone street, and the iconic Edinburgh Castle just up the road, we figured we couldn’t go wrong with a simple walk up the Royal Mile.

Within an hour, we Oswalds were pounding the pavement making the gradual climb toward the castle. The bagpipers squeezed out their traditional tunes for us, while we looked down the many “closes” — narrow alleyways that were born of urban planning from well before the advent of cars. It was as if we owned this street, for it was closed off to traffic for much of our walk. It allowed us a sense of what it might have been like to be a city dweller in a time before cars. This also meant that we didn’t have to hold our kids hands quite so tightly as we walked along. And then we reached the castle gate.

Edinburgh Castle is a wonder. People have occupied this space since the 2nd century AD, and a castle has fortified this space since at least the 12th century. Castle Rock itself is the plug of a long dormant volcano, elevated above the rest of the nearby landscape by tectonic forces now at rest. Building the castle upon that rock gave it not only great odds of defending against attackers (here’s looking at you, England), but also a majestic view of the city. The castle looks even more imposing from below, inspiring confidence and pride in the city folk who once lived under its protection. Now I suspect that the Scots are more pleased by the castle’s tourism revenues than its protection, as it is the highest-grossing tourist attraction in bonnie Scotland.

This particular view of Edinburgh rooftops comes from the castle esplanade, which my family used as a meeting point after getting separated by all the sights and sounds. This was also the spot that I fiddled with our new DSLR camera in an attempt to sort out how to make the foreground and the distant hillside background equally in focus. Sigh. I was still so new to photography at the time.

I gazed out over the walls (through my viewfinder) with a sense of discovery. Last time I had stood here, the clouds were so heavy and low that I couldn’t see more than a couple hundred feet in front of me. This time the lifted fog revealed the diverse colors and textures of the old city: old tenement homes built of stone, next to uninspired designs from the 20th century, next to colorful apartments, next to modern edifices of glass with a backdrop green of Lothian lowlands for which the south of Scotland is known. This wasn’t the rose-colored, tourist-focused part of the city, but the appearance of a well lived-in city. I could see generations of city life unfolded before my eyes thanks to my royal view.

Where have you gotten your best peek at the heart of your favorite city? Tell us in the comments below!