End of the Line at Point Reyes 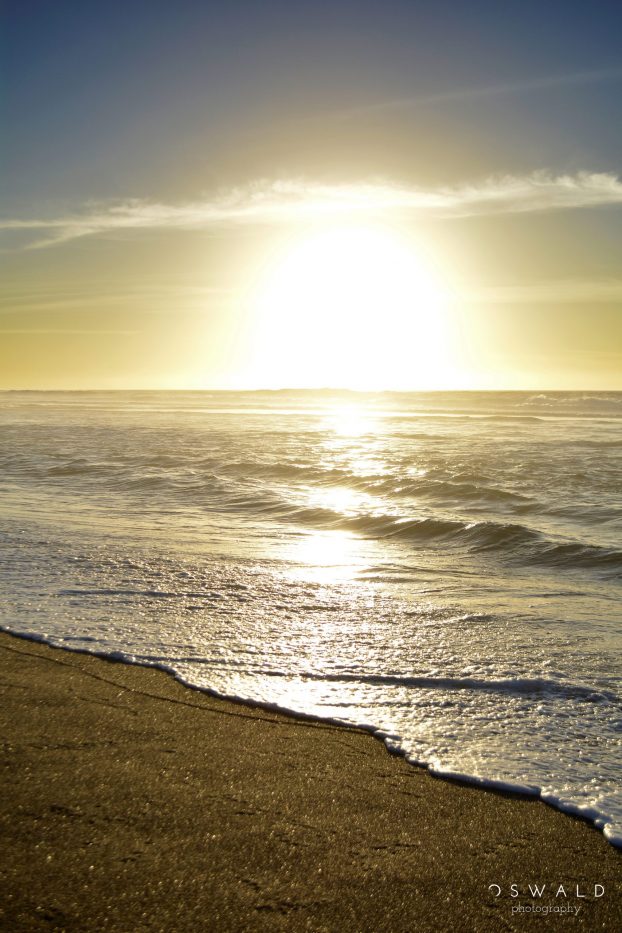 The three-hour car ride was plenty of time to build up anticipation for a day at the beach. Now that we had run, splashed, dug and held back the waves, we were all running a little low on energy. The time to pile back in the van for the long ride home was nearly upon us.

This sunset scene was probably the sign that our great day out was indeed coming to a close.

Point Reyes National Seashore gave us a warm welcome on our very first visit. Even though it was still technically winter, the temperature was strangely inviting. I had expected that we might enjoy some walks along a beautiful beach, but never did it occur to me that these Pacific waters would be warm enough for us to plow into the waves. And plow we did. And by “we”, I mean “my kids”. Thankfully, my wife had enough foresight to bring some big, comfy towels along for exactly this sort of occasion.

Equally surprising was the fact that so many others had ventured out to Point Reyes beaches as well. Fathers and sons fished with oversized ocean poles and great lengths of fishing line. Folks strolled along the sand with dogs who bore a remarkable resemblance to their owners. Young couples laid out on blankets just soaking up the sun. Even younger people joined shovels and buckets to build modest sand castles that would grow taller with each telling of the story.

All in all, it was a spectacular day in a wonderful place that we’ll certainly visit again. And that was before we saw the sunset.

The waves had pounded at the beach for much of the day, powered by the winds that blow about the Northern California coast. But as people began to shake the sand off of their blankets and head for the parking lot, the winds slowed and the waves were reduced to gentle lapping at the shore. High tide rolled in at the same time, sucking so many of the days’ footprints right off of the sand. While others left Point Reyes, we were content to stick around just a bit longer to enjoy the revitalized beach lit by a hazy, sinking sun.

Had it been just my wife and I, this would have been the perfect time for loving gazes and enfolded hands during a stroll by the waves. And since there were two little ones in tow whose tummies were growling louder and louder, it was definitely not the time for that.

Someday, my love, I’ll give you that romantic walk at Point Reyes that you deserve. Probably in about 16 years or so. Hold me to that, okay?

What’s your go-to place for long walks on the beach? Sound off in the comments below!