The Falls at Lake Clementine 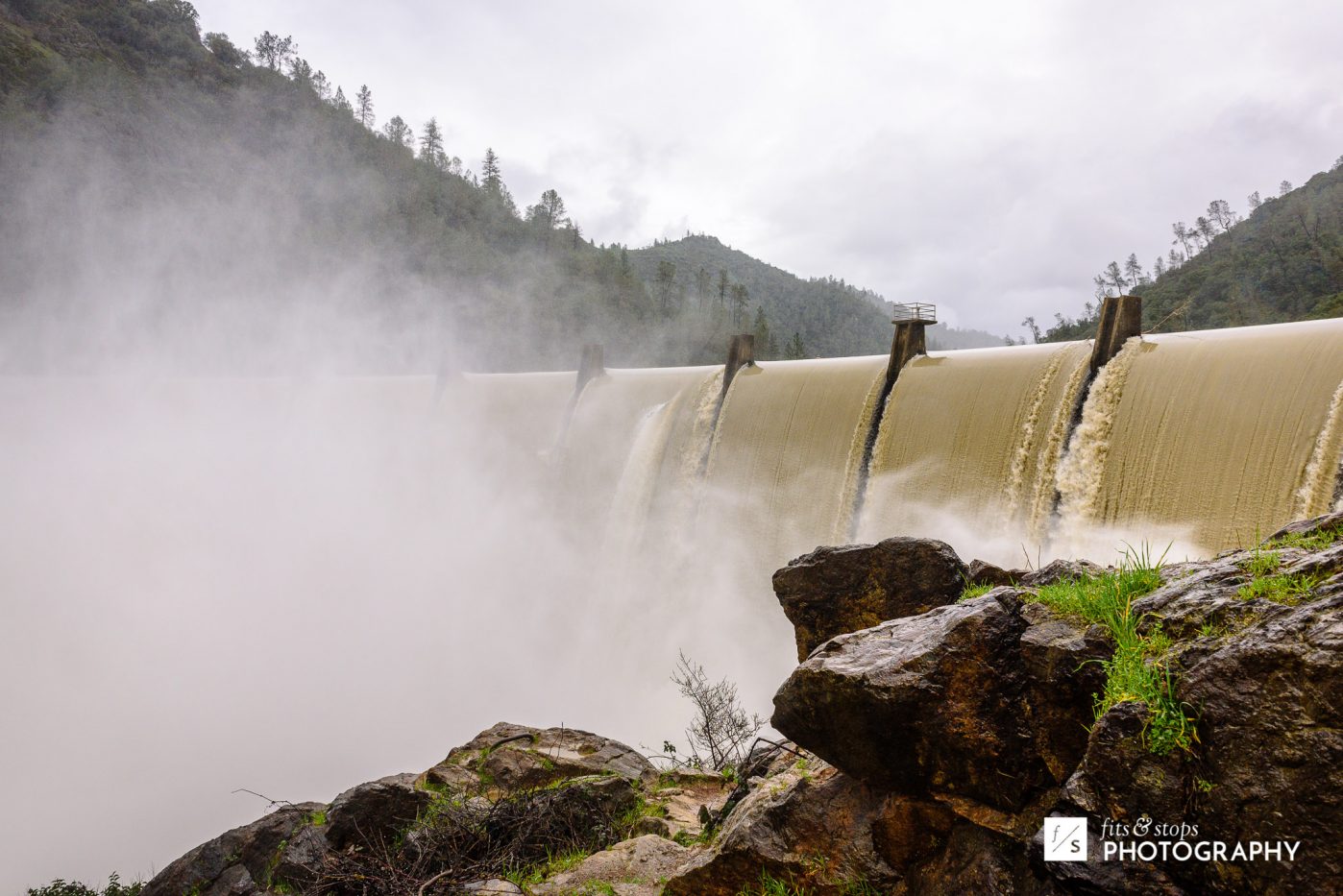 The years of continued drought in California felt almost biblical. Then again, so did the rains that followed. “Atmospheric Rivers”, they call them. And these rivers in the sky dumped so much water that nearby Lake Clementine was filled to overflowing. A mini-Niagara falls, they claimed.

This was my cue to snap up my camera and see these rising waters first-hand.

I’d been up to Lake Clementine once or twice before. After all, these Sierra Nevada foothills are prime mountain biking country for any Northern Californian with lust for single-track trails and a love for nature…like me. This meant that I knew my way around the roads and trails, and I fully expected that I could find some newly watered scenery to capture with my camera.

So after turning off the highway through Old Auburn, I got distracted. Miles before the turnoff to Lake Clementine, I parked instead at the west end of the Foresthill Bridge—California’s tallest bridge. I’d driven across it many times and never taken the time to explore the towering, 730 foot tall giant on foot. Sans kids and a schedule, this was my time to explore. I stepped out on to the moist, red soil to be greeted by cloudy wisps crawling over the hills.

After a half-hour of marveling at the beautiful green engineering of both God and man, I returned to the car. I knew I’d distracted myself from my expedition to Lake Clementine, and I half-wondered if the overflowing water would have slowed to a trickle in my thirty minutes of dawdling. The pressure was on (whether it needed to be or not), and I put my foot down hard on the gas pedal.

I crossed over the bridge in the sky and reached the Lake Clementine turnoff sooner than I expected. Relieved, I turned on to the park entrance for a smooth drive down to the side of the lake. Like some cruel troll determined to block my way, a barrier shouted at me with a sign in all caps: “ROAD CLOSED”. I had come this far, and I had no intention of missing the spectacle. It was a 3 mile walk down to the Lake Clementine Dam. How long could that take?

I soon found out just why the road was closed…

Which each step I took downhill, the water spilling over the dam grew in volume from a harsh whisper to a roar. Water flowed alongside the road in improvised creeks and brooks, swollen from recent rain, lilting toward the lake down below. Whether I followed those little channels or the broken road I was on, I would soon reach Lake Clementine.

My soaked jeans dripped water down into my socks. The wash of the falls had soaked through the protective walls of my camera bag. My camera was no drier than me. So I could tell that my climb back up the road to my car would be a slog. And yet, I suspect that some part of me fully expected that this would be the price to pay for playing with a waterfall.

A mini-Niagara Falls indeed. Too much fun.

Ever taken a closed road yourself? Tell us about it in the comments below!