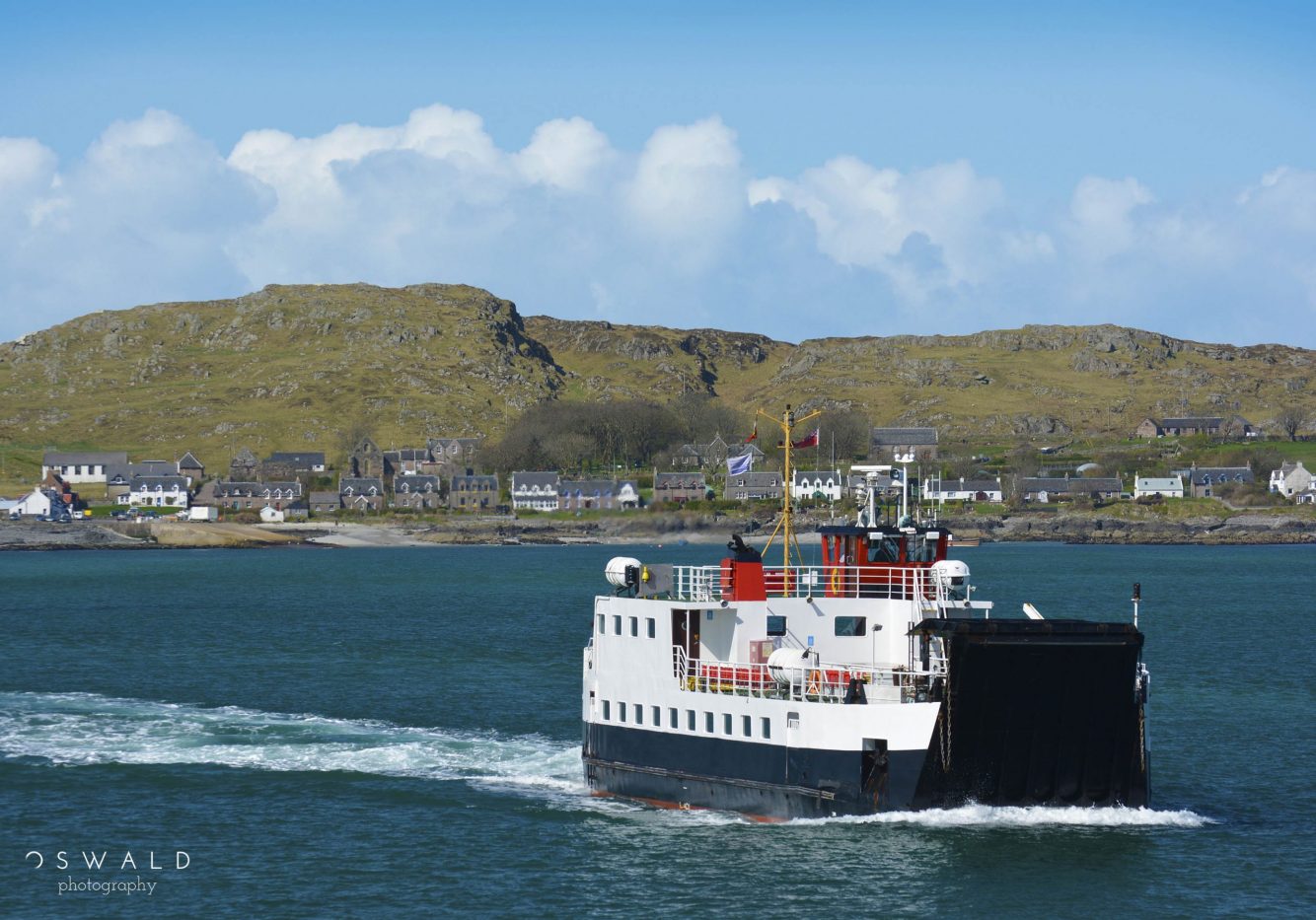 We Americans are used to notion of driving anywhere we want to go.

We’re accustomed to land, lots of land, stretching out over the contours of a gigantic continent. No wilderness will stop us from laying railroad track and pouring new highways to take us where we need to go. Heck, this is the home of the cross-country road trip, isn’t it? And if there is some body of water to traverse, well, we’ll just cross that bridge when we come to it.

So what do you do when there’s no bridge to cross?

Our spring travels had brought my family to the west coast of Scotland. Roads that wound through Munros (the slight hills of the Highlands) and lochs (lakes) deposited us here on the coast after making one of the most scenic drives of my life. It was when we reached the town of Oban that we realized that we had run out of road. How very un-American!

This particular day’s journey would lead to the small and yet historically rich Isle of Iona. To get there, we had to leave the rental van behind for the day and rely upon a couple of CalMac Ferries and a chartered bus to get us where we’d need to go. No longer would we travel with just Oswalds, but boatloads and busloads of fellow travellers. Fortunately for us, we were well cared for with snacks and sights abounded along the way.

My camera helped me to kill a bit of time before the final ferry crossing from the town of Fionnphort to Iona. I climbed stacked crates and stepped over worn out fishing nets to get my shots. Even though this second ferry was David to the Goliath we had boarded earlier in the day, I could see our little ferry in motion the entire time. With less than a mile to travel at each crossing the odds were good that I wasn’t going to lose sight of the boat.

It was there that I captured this shot of the ferry returning from the tony town of Baile Mor. It was then that I realized I’d better get down to the landing to board with my family. The tickets were crammed in my pockets.

A few minutes later and I was aboard that same ferry, slowly approaching our destination. We bobbed up and down gently. I laughed to myself at the fact that it would take fifteen minutes to travel over one mile of water. Why not build a little bridge to make travel between these two towns faster? But the longer I sat on that ship, the island gradually grew larger in my field of view. I took the time to revel in the salty sea breeze. I surveyed the island from a distance for a few minutes rather than racing directly to it. It was becoming clear to me that perhaps I was enjoying my journey more because it wasn’t quite as speedy as those on my American roadways back home. And wouldn’t you know it, we arrived in the fullness of time.

So what do you do when there’s no bridge to cross?

Visit the nearest ferry crossing, and you let your senses soar as you slow your pace.

When have you relied upon a ferry crossing to get where you needed to go? Tell us in the comments below!