Giving Me an Earful 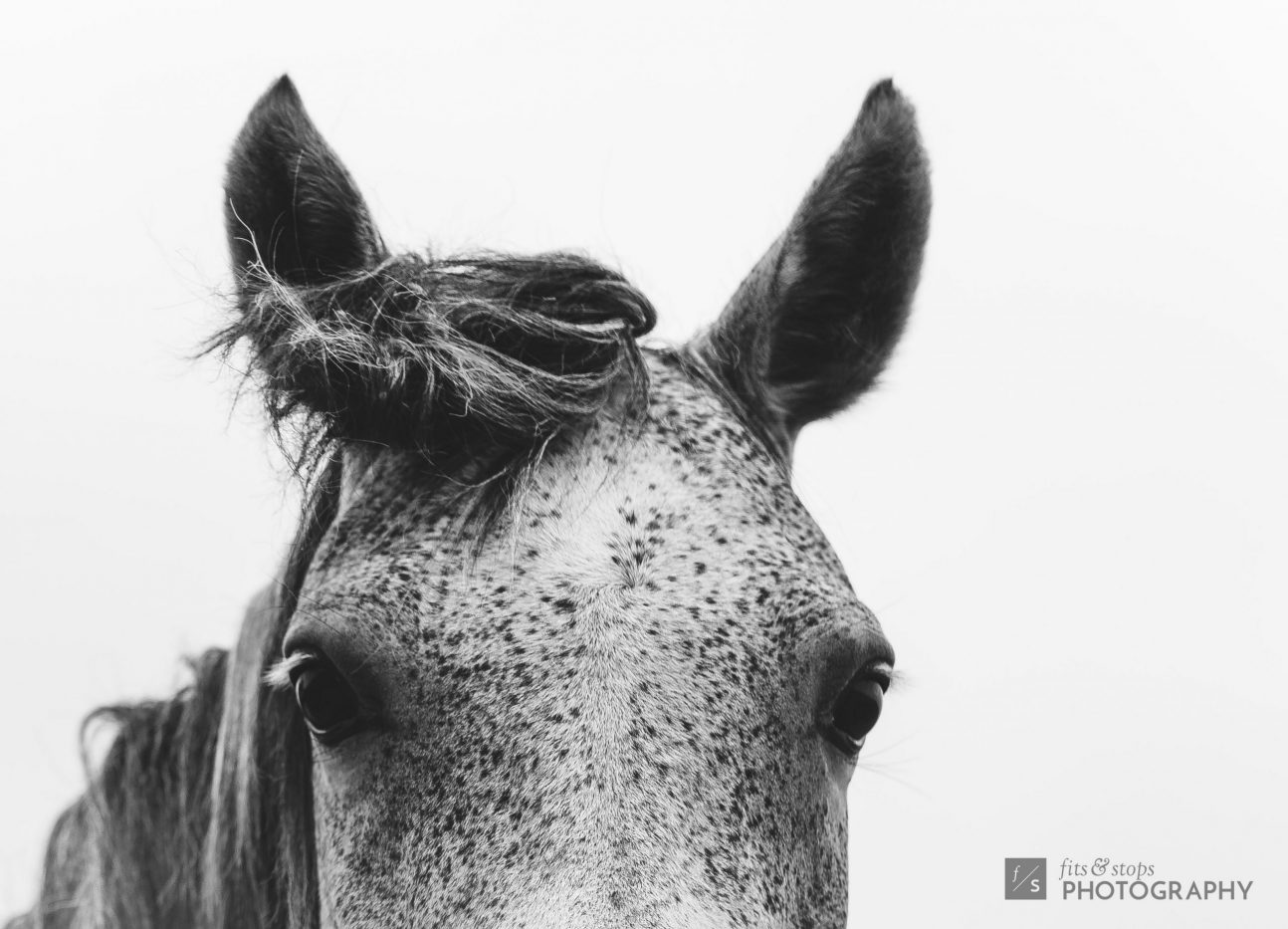 I first met my dog when he was just a pup. A runt at that. While the rest of his brothers and sisters ran all around the yard, only he followed me around with little legs and sad eyes. I took him home.

It was much the same that Saturday morning when I met this fellow. It was his ears that won me over.

My internal alarm clock had gone off far earlier than I would have liked that day. I knew I wouldn’t be getting back to sleep any time soon, so I instead set out for an early morning walk with my camera. I had a spotted a few sites around the town of Windsor that I thought could use some exploring.

I first spent some quiet moments walking through the old town cemetery, making small discoveries here and there on old tombstones. It took me away from my world, back to the black and white years when these resting souls were not at rest. The cloudy weather only made the place feel more isolated and remote, insulating it with a deafening silence—all except for the curious whinnying of a nearby horse.

A handful of horses snacked on the last bits of green brush they could find along the ground, while this fellow had approached a nearby fence and rested his muzzle upon it. I walked over to him, inadvertently spooking the others with my closeness. But not this one. His ears perked up as I drew closer, lifting up his eyes to meet mine.

The horse wanted a friend from outside the equine family, apparently. Now my history with horses is spotty, at best, thanks a tearful ride on the back of a runaway horse at age 10. Oh, and that other horse that mistook my finger for a carrot. All the same, I reached out the flat of my hand to his cheek and rubbed him in hopes that he’d stay calm.

He held steady after all. I exhaled. I admired the coarse, speckled hair upon his face and the deep night in his eyes. Did his ears stand up in excitement, or in caution? Dunno. But even as I went on my way and ventured deeper into the field for some more photography, this guy trailed close behind.

It seems I had made a new friend that day. He was just as curious and warm as the little pup I mentioned earlier. Only there was no way I’d be able to convince my wife to take this fella home.

What close encounters have you had with a horse? Share about it in the comments below.