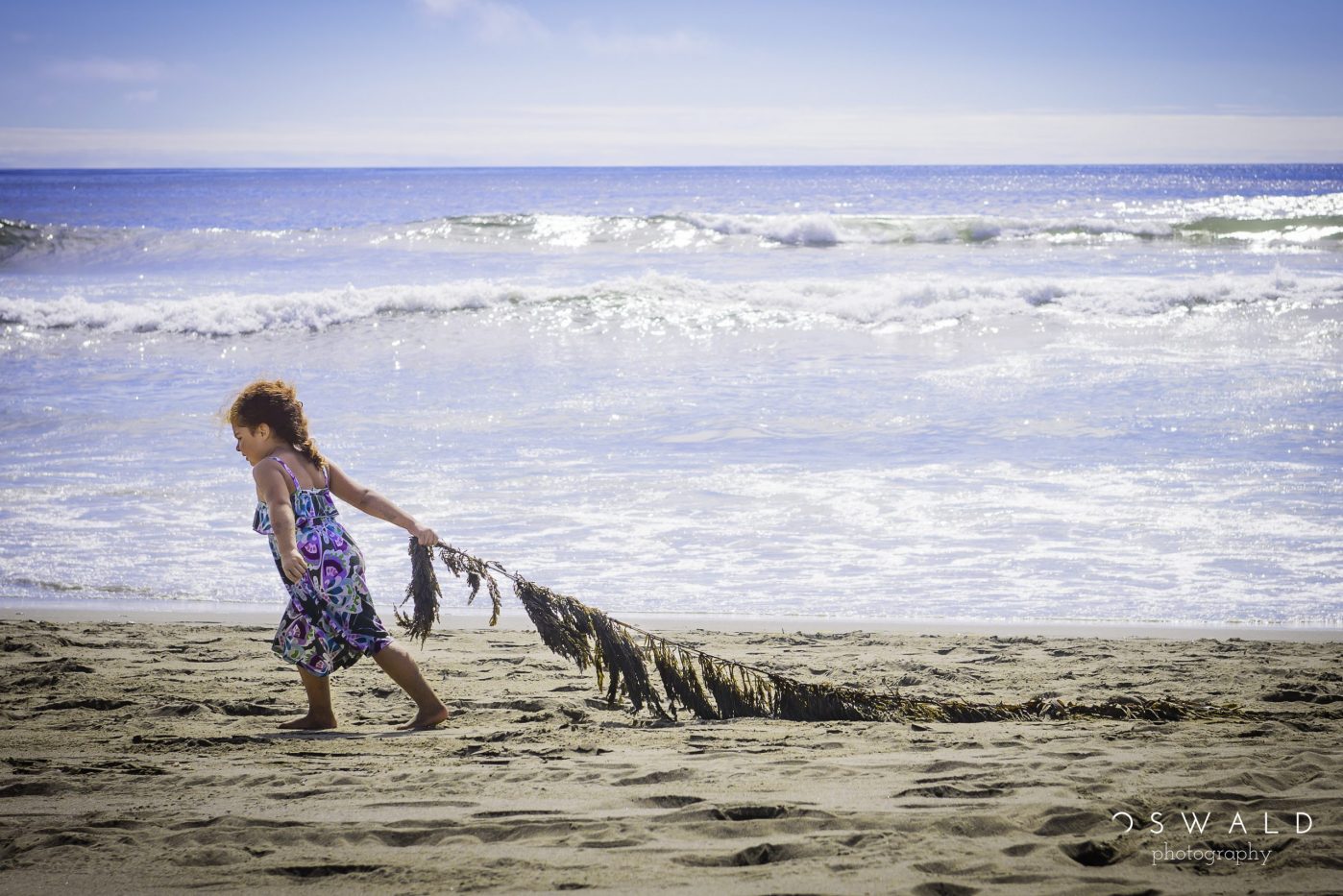 One of the most delightful things about kids is the sense of purpose that they bring to their play. While adults are busy with their boring and grown-up concerns, kids can afford to pour all of their being into, well, every single thing they do. Just watch a kid pumping on the swings, or dancing when nobody is watching, or re-enacting their favorite cartoon with friends. The look on their faces shows that these things aren’t just play. This stuff is life itself!

I saw that look on this little girl’s face as she dragged her prey across the sand.

My family was wrapping up a great weekend of adventures with our home church family in Northern California. The cherry on top of that final Sunday was a visit to the wind-beaten shores of Bodega Bay to play on the beach. My wife and I knew our kids would have a great time trundling over those sand dunes down to the water, and heck, so would we!

That look I described earlier materialized on all three of my children’s faces as they drew closer to the Pacific waves. My daughter and oldest son kicked off their shoes (expecting Mom and Dad to carry them, evidently) and started off in a dead run for that salty water. Meanwhile, my youngest little guy didn’t quite know how to hold his balance on the sand. He toppled over and then grimaced up at me with a tearful face full of sand. With a few wipes of the bottom of my shirt, he was up and at ’em again.

While we parents watched our kids play at the water’s edge, I spotted a little girl walking intently down the beach all alone. The red of her curly hair stood out against the browns and blues of the rest of the landscape (as a recovering ginger myself, those rare redheads catch my attention). She seemed somehow immune to the fun of the waves crashing at her feet as the novelty of the water must have already worn off. Or she had something else on her mind.

Little Pebbles Flintstone here pulled a giant stretch of seaweed behind her. At first, she reminded me of Linus dragging his beloved security blanket behind him wherever he went. But then I noticed that she wasn’t cuddling with said seaweed — she just kept walking. She reminded me more of a cute little cavewoman carrying her quarry back home from the hunt. Had she dove into the sea to find it, or did she scavenge it from the sand, already washed ashore. Perhaps she was a cavewoman of the vegetarian variety?

Even after I snapped a few pictures of her, the girl continued hiking along with the seaweed in tow. Her intensity and determination charmed me, forming a wide smile across my face. She wasn’t achieving world peace, putting out fires, earning a living, or raising a family. None of that boring stuff. But whatever it was that she was doing, she did it with all her heart. I suspect that she was having a wonderful time.

Perhaps I’ve got something to learn from this little hunter-gatherer, eh?

What has a child taught you lately? Let us in on the secret in the comments below. Come on already!