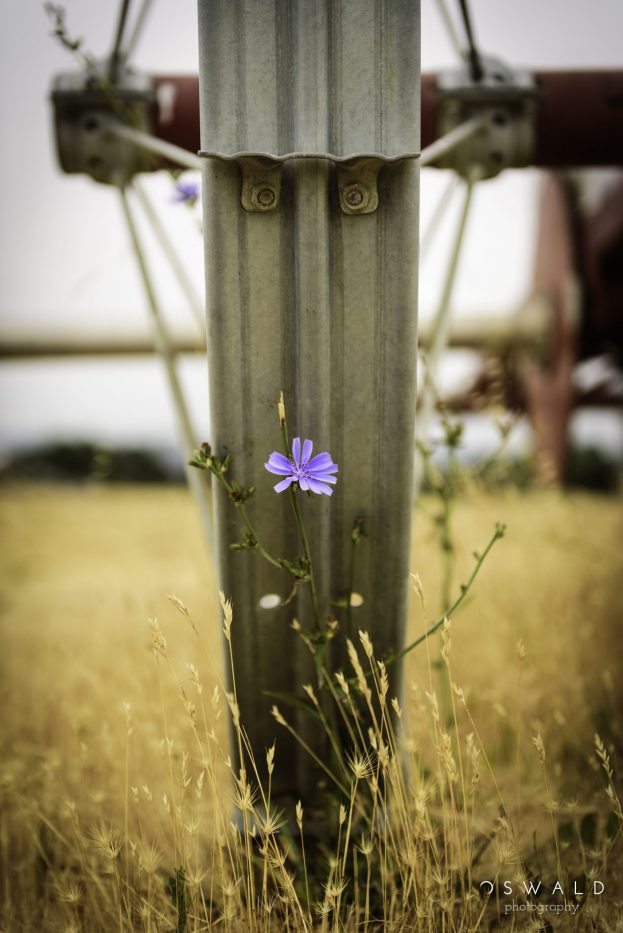 Since the advent of the camera, the world has been graced with some incredible images of irrepressible spirit. Think back to that iconic photo of the man in the path of the tank at Tiananmen Square. Or the photo of the Buddhist monk who set himself on fire in protest. Or the migrant mother shouldering her children during the dust bowl.

My photo is not an image of irrepressible human spirit. I don’t see any humans in it, for one. I’m fairly certain that it won’t go on to feature in any issues of National Geographic. But for me, it calls to mind a story of spirit that just wouldn’t quit.

Our home church family had journeyed together to the town of Windsor, California for a weekend of adventures, togetherness, and altogether excellent food. As happens so often when I travel, my brain woke me up earlier than I would have liked on that first morning. There wasn’t even any jet lag to blame this time around either. Presumably, my mind wanted to me snap some photos while the family slept.

I wandered over to a nearby cemetery under an overcast sky, only capturing a few exposures before being drawn to a recently harvested hay-field. There, a few horses grazed in vain hopes of finding something green to munch on. I made a new friend when I offered him a tall green weed I had plucked from the other side of the fence. He followed me around the rest of the morning, despite his annoyance at the harsh clicking sound coming from my camera.

A wheeled irrigation system stretched the length of the field, dry and resting for the moment. Or maybe for the season, in light of our ongoing Californian drought. I approached one of the drive train sections, and got down on my belly to photograph the chains and gears underneath. While I was communing with the soil, I noticed a purple wildflower growing directly in the path of the sprinkler system’s giant steel wheel. I could not tell if the wheel had already run over the flower, or if the flower had grown there only to be crushed next time the wheel spun. I turned my camera lens toward that flower and that wheel, reminded all the while of a story near and dear to me.

The Bible tells that winding and yet cohesive story. It spans 66 individual books written over the course of 1600 years — with no shortage of drama. It tells the story of a loving and creative God who fashions a wonderful world as a home for His magnum opus: humanity. Before long, humanity dreams selfishly of power and control. They seek to write their Creator out of the script. The price for that rejection is an estranged relationship with their loving father, and one which causes the world to be infected with sin, decay, and death. All this happens in just the first three chapters of the Bible, and sadly, we continue to pay that price.

Fortunately, God is not content to let His children destroy themselves or their world, and so He hatches a plan of rescue. He transforms a family of nomadic desert shepherds into a people group. He delivers them from slavery at the hands of the Egyptians, and makes them into their own nation with their own laws. God gives this nation insight into who He is, and His desire to see them restore their former relationship with Him. He protects, sculpts, disciplines, and leads these people through highs and lows. And at just the right time He sends a part of himself, His son Jesus, to be born miraculously into this protected people.

Then comes a climax that is almost too wonderful to be true. Jesus begins to teach with incredible insight and clarity about what God has been doing for generations to draw His children back to him. Jesus is like a living love letter from God to His kids. Jesus performs miracles that defy the laws of nature. He comes down hard on reliance on religion and superstitious tradition, and challenges people to instead love God with all their heart, soul, mind and strength, and to love their neighbors as themselves. He challenges them to take a u-turn at the next light and live in a different way, explaining that God is willing to forgive that selfishness and sin that first corrupted the world. If only they would accept God’s olive branch, He’d forgive them and take them back into His family where they could outlast even death.

Yet Jesus knew an awful truth even before he was sent to live as a human on earth. For him to be successful in letting the world know of God’s forgiveness, he would have to die — a final sacrifice of life to bury the damning effects of sin. You see, for Jesus to claim that he was God’s son was an unspeakable crime. The religious leaders of the day were outraged, and sought first to smear Jesus’ reputation in the eyes of his followers. But when that following grew and gentle Jesus became even more vocal and direct, they knew they had to silence him. Through lies, deceit and betrayal by a close friend, Jesus was turned over to the courts for a preposterous trial. The punishment was execution. The execution was bloody and heart-rending. The heart-rending was complete and Jesus laid dead in a tomb for three days. That is, until he didn’t lay dead any more, and the course of history — and my own life — was changed.

Perhaps you can see how this flower brought the story of Jesus to mind. A vibrant flower brings color to a dry and weary world around. It stands out as a result. And of all the places it might grow, it sprouts in the path of certain destruction. The day of destruction comes and the flower is pulverized by the weight of an unstoppable machine. But when that machine has passed by, the flower rises back toward the sun again, irrepressible. It makes for a seriously cool story.

Perhaps you don’t see the connection between my favorite story and this, one of my new favorite photos. Whatever the case, I hope you enjoy the photo. And I invite you to read the story of Jesus for yourself in the Bible (which tells the story far better than me). You can find a copy in your hotel nightstand, at your neighbor’s house, online, or even gathering dust on your own bookshelf.

You may just find that his story becomes your favorite story as well.

What story does this irrepressible flower call to mind for you? Tell us about it in the comments below.