Meanwhile, Back at the Lair… 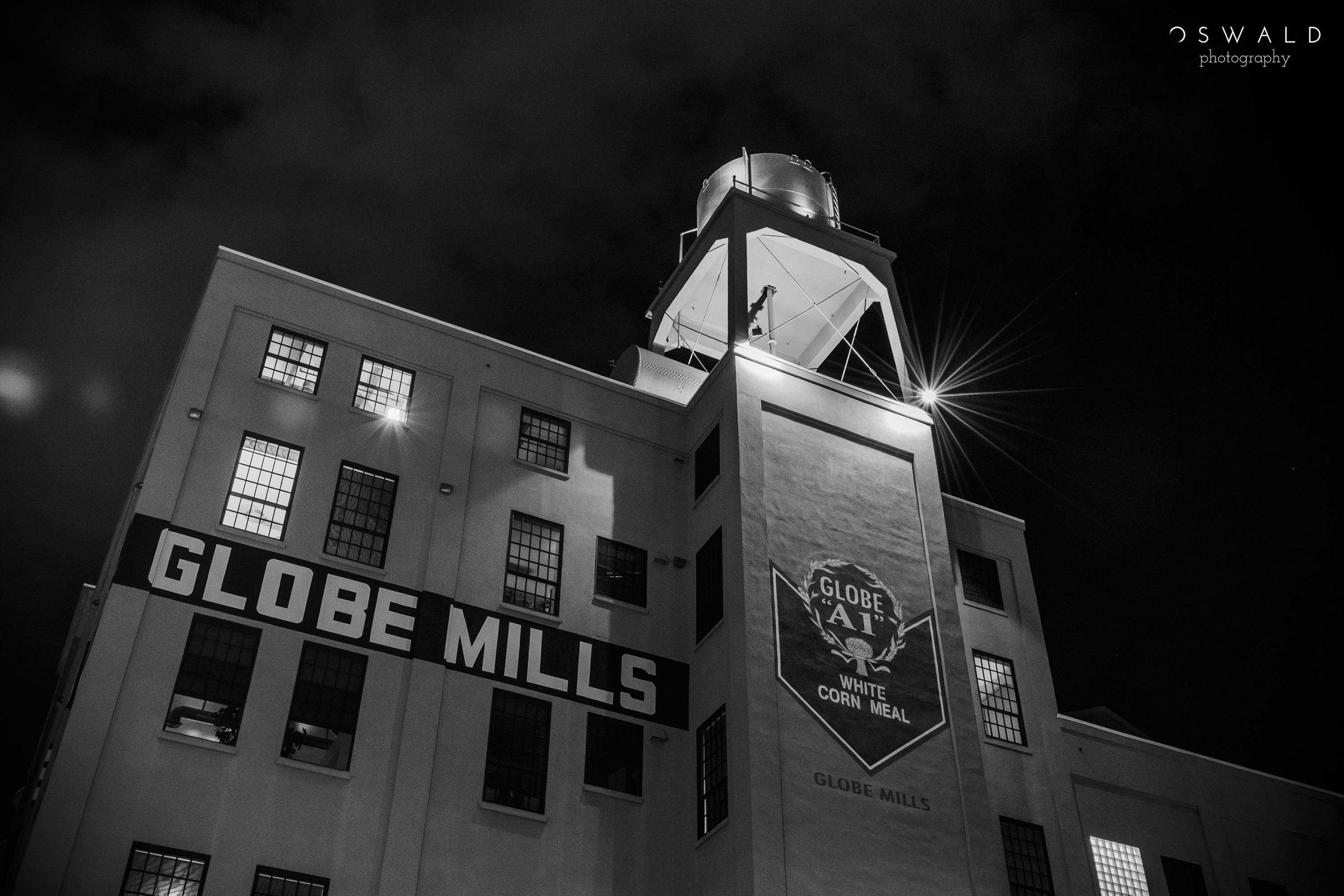 For all you know, this could very well be the bad guy’s lair, nestled in some dark corner of Gotham City.

Or it could home to Sacramento’s hippest senior citizens!

I first discovered the Old Globe Mills building in Sacramento a few years ago. At the time, my wife and I volunteered as English tutors to recent refugee arrivals in Sacramento through the International Rescue Committee. On that particular year, they called the volunteers together for a Christmas party several floors up the building. Just entering the place felt like stepping back in time. The building had been strategically restored to display some of the original 1914 construction as well as details of this old flour and grain mill. And the view of Downtown Sacramento from several floors up was an unexpected treat.

During a recent night time photo shoot in Downtown Sacramento, I walked just one block further up from this stunning location to see this view of the Old Globe Mills. I remembered coming here for the party back on a chilly December night when the parking lots and streets were full of party guests. Only this evening, the place all seemed empty, save for a few remaining lights in the windows of the mill. The quiet of this evening and the late hour gave the mill a new, foreboding air.

Suddenly, the Old Globe Mill called my imagination back to just about every episode of Batman: The Animated Series. For those who’ve never seen the show, the typical episode presents you with an exterior shot of an old warehouse/night club/toy factory/refinery, followed by a scene of what is happening inside that unassuming lair. Of course, the Joker/Riddler/Penguin/Poison Ivy is inside with henchmen, explaining the foolproof plan that Batman will foil in the next 22 minutes — all while laughing the trademark bad guy laugh. I could almost hear “the laugh” that night.

So I came home and found a photo of said lair. I produced a black and white effect to create the suggestion of ruffians lurking inside. I was pleased with myself! But when I did a little internet research to see what’s happening at the Old Globe Mills these days, I was snapped back into reality.

It turns out that the building was restored specifically to create chic, artsy apartments for 55 year-and-up tenants. Man, even a lair for hipsters might have felt a little more sinister!

Oh well, you can still pretend that there is something clandestine or criminal happening at the Old Globe. Or you can just enjoy the photo.

Where is the most obvious bad guy lair in your community (even if some imagination is required)? Sound off in the comments below…

Previous post “The light shines in the darkness, and the darkness has not overcome it.”
Next post Seats Before the Wedding Ceremony