Nonetheless at No Hands Bridge 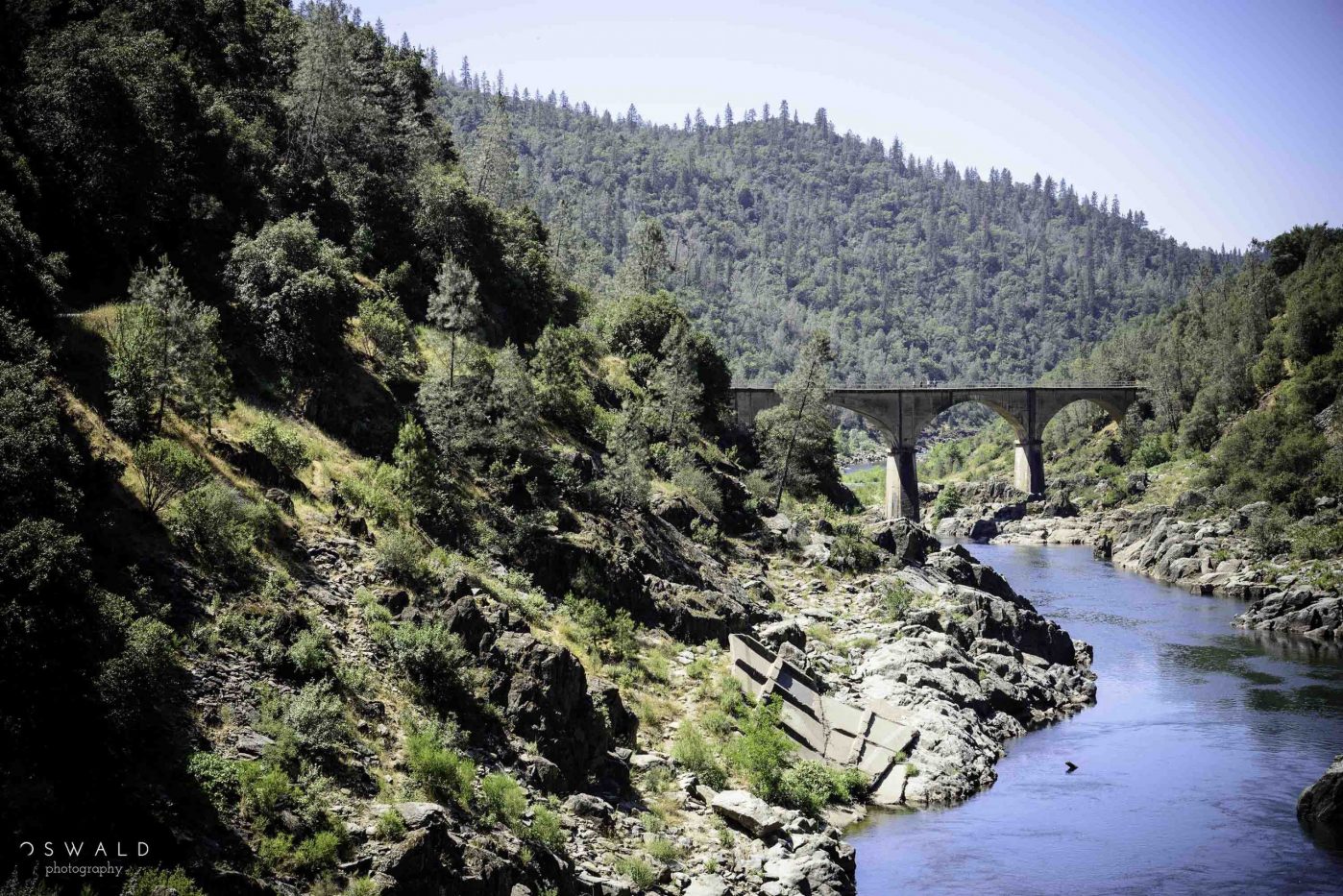 Spectacle is in steady supply these days.

In so many aspects of life, we give attention to those things that are biggest, best, tallest, smartest, fastest. From buildings to smart phones to cars to athletes, what we were content with yesterday can so easily be forgotten today.

Leave it to the No Hands Bridge in Auburn, California to get me thinking about this.

Following our morning mountain bike ride in the hills of California’s Gold Country, I persuaded my brother-in-law to let me hop out of the car for a few minutes with my camera. I picked a scenic spot near the confluence of the Middle and North Forks of the American River at the Auburn State Recreation Area. I had hoped to snap some ground level photos of the towering Forresthill Bridge — one of the tallest bridges in the United States. A bridge that carries car and foot traffic 730 feet above a valley floor is nothing to sneeze at, after all.

Evidently, I wasn’t the only one who had that idea. The street that wound down beneath that bridge was lined with cars parked along the side of the road. Hundreds of folks walked down to the river shores, while others hiked up some enticing mountain trails. Others held their phones out of open car windows up for a quick Instagram snap of the bridge in question. I was just one of oh, so many tourists who were in awe of this monstrous bridge.

Perhaps it was that I couldn’t find the right way to frame the Forresthill Bridge in my photos. Maybe my problem was that I wasn’t carrying the telephoto zoom lens I needed. Or it could have been that I felt like just another tourist with a camera in hand. After just a few quick shots, I gave up on the notion of getting a photo worthy of the bridge.

I spun around and headed back the way I came, squinting against the noon day sun to search out my ride back home. As I did, I glanced further down the North Fork of the American River and spotted another bridge altogether. It lacked the steel substructure and grandiose placement of the big bridge upriver, and it certainly wouldn’t qualify for adjectives like “tallest”, “biggest”, or “longest”. Yet this smaller bridge shouldered a charm all its own.

The No Hands Bridge is a construction of concrete, completed in 1912 for an entirely different set of traffic. This railroad bridge has gone by a variety of names since then, including:

Despite the identity crisis (and the stripping of its steel rails for World War II construction efforts) the No Hands Bridge has endured a century of change with integrity and style. Today, it serves as a foot bridge for hikers on the Western States Trail (you can see a few if you look closely at the photo). And if I’m honest, the triple arches of the bridge appear a more organic part of the landscape than the famous bridge upstream.

I kept my gracious brother-in-law waiting for a few more minutes to snap some photos of this bridge and the surrounding landscape. As I looked around, it seemed I was the only one taking photos of the lesser bridge. I smiled.

The No Hands Bridge is no spectacle, and it is undoubtedly something special. It seems that sometimes the smaller thing can leave the bigger impression.

What are some of the “smaller things” that have made a big mark on your life? Tell us in the comments below!