Of Grumpiness and Seagulls 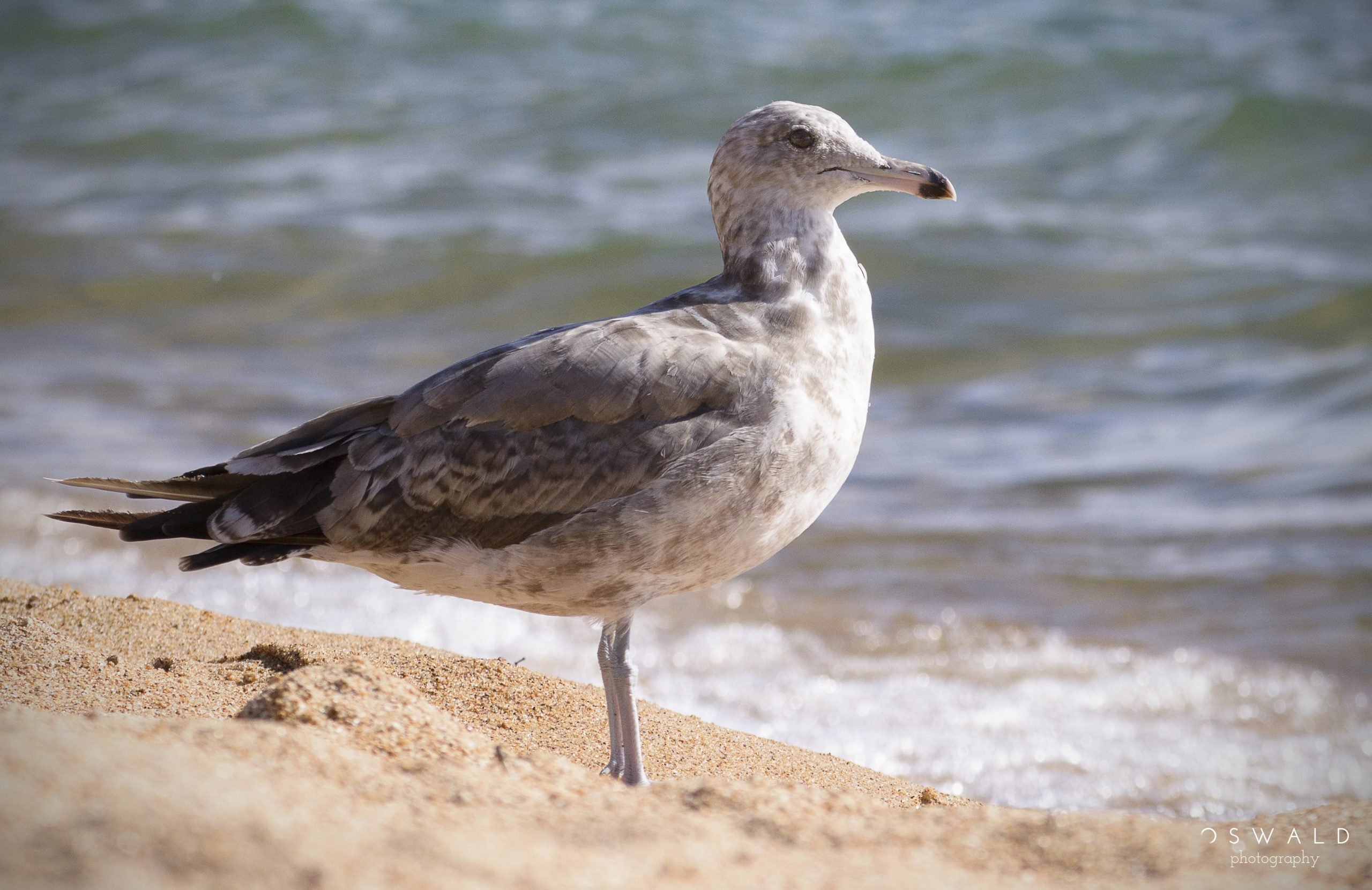 Used to be that a seagull could get some respect from the ol’ lady. But I sez that those days is long gone. My own wife, she treats me like I just hatched or sumthin’.

“Gus,” she sez, “We need a bigguh ledge, like my cousin Vi down the street.” “Gus,” she squawks, “You gots to ask yuh boss for a promoshun. I can’t live in squaluh like this no more.”  She sez, “Maybe you could try takin’ a bath for a change.”

So what does I do about it? I don’ lose my cool. I books us one of them pansy bird couples’ retreats at Lake Tahoe (they calls it “Birds of a Feather”). You know, to put the va-va-voom back in the marriage. Biggest mistake o’ my life.

Lake Tahoe? Its nice enough, I ‘spose. Big blue body a’ water, you know. Nuthin’ special. It ain’t no Atlantic, that’s for sure. But nice enough for my Tessie. She even sez so when we land on that warm, gravel beach there at Zephyr Cove:

“Its bee-YOU-tee-ful, Gus! Who’d a thunk you o’ all birds would find a nice spot to rest a wing?”

I ain’t heard nuthin’ half-nice in the las’ seven years outta her beak, so I was about bowled ovah!

So we walk the shore, avoiding them splashing, dirty human hatchlings just like on the Jersey shores all them years ago. As we walked, we eats some of them exotic West Coast grubs the neighbors always blab about. Tessie, she can’t hardly stop stuffin’ that gullet though. Her growin’ gut is pro’ly why she don’t quite fly so graceful no more. Then again, my feathahs ain’t as white as they used to be, neither!

Where was I? Yeah, yeah. Walkin’ down the shore. Outta nowhere comes this towering human bozo, pasty white skin all over the place. Only he’s not layin’ on the beach, or floatin’ in the water. He gots this black sack on his back, and this contrapshun in front o’ his face, reflecting sun light at us. And he’s making this crazy snappin’ noise. And its like he’s lookin’ right at us…an’ then he’s comin’ right for us!

So this joker comes closer, like we don’ notice him. But Tessie, she bolts into the air first thing — not lookin’ back. Talk about solidarity. Fuggedabout it! And me, I freeze. My pops always said that seagulls was ‘sposed to just sit still when danger came along. Or maybe he meant possums do that. Whatever. I froze, jus’ prayin’ he’d just walk past.

Instead, the white guy sets down on the sand wid his black box snappin’ left an’ right. Maybe it was the sound o’ him lickin’ his chops, or sumthin’. But just when he got a few feet away and I figured I was done for…he stopped his snappin’. Jus’ lookin at me’ with his beady, brown eyes. What! Ain’t he never seen a gull like yours truly? Sheesh!

So the pale one, he loses interest. Gets up, and points his black box at the trees or at some garbage in the sand.

“Move along, big fella!” I yell to his back, showin’ my courageous side. So I starts to look around again, tryin’ to find my Tessie. Nada tailfeather in sight.

An’ then I wonder; did Tessie plan this whole fiasco? Ya know, fly the coop like Frankie’s girl did las’ may? Prol’y, but I ain’t giving in. That’s why I’m here, yappin’ at ya now.