One Leaf Short of Lucky 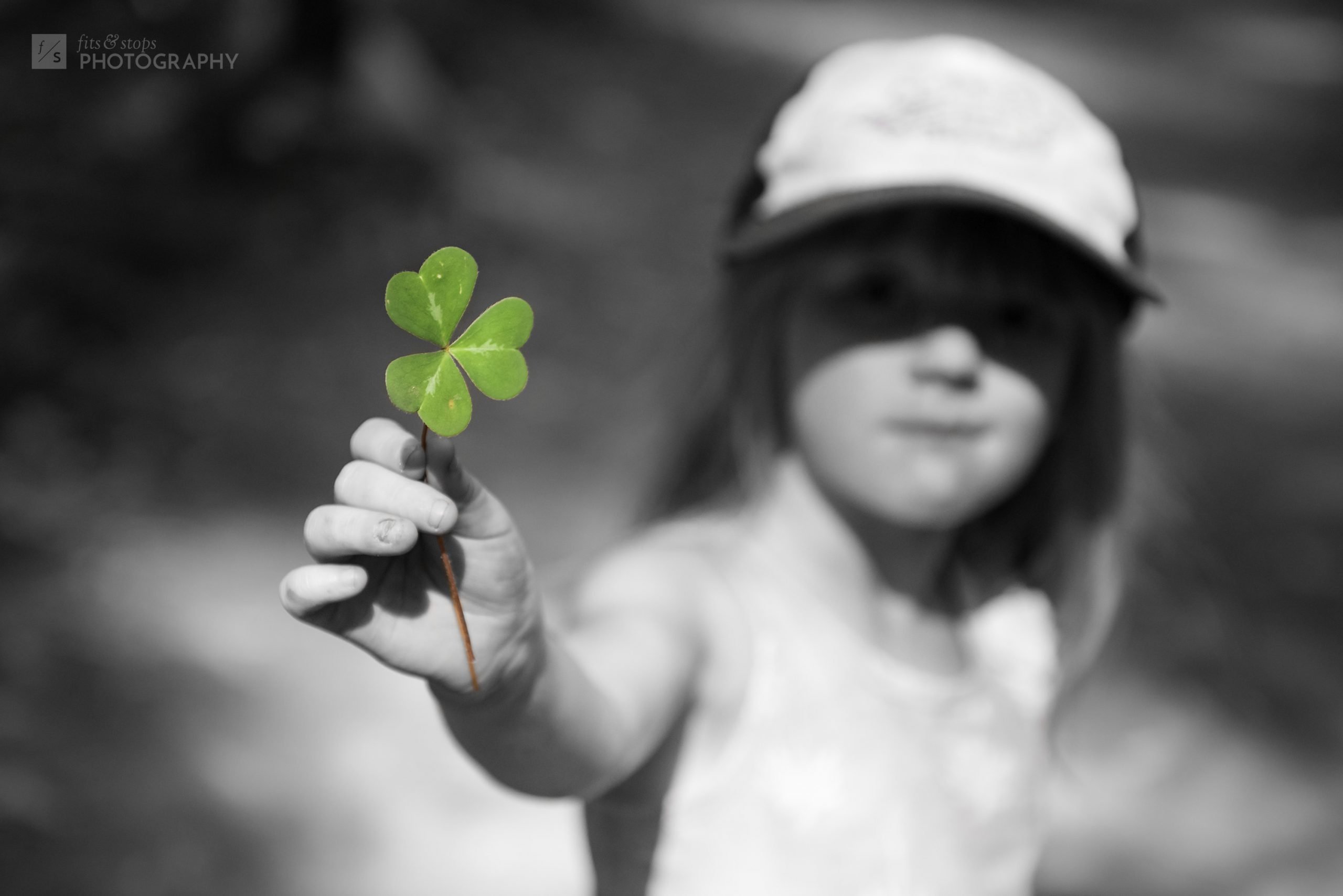 My little girl is special. Of course, yours is too, because we parents are supposed to shout from the rooftops that our little ladies are one-of-a-kind. But honestly now—how many lucky little American girls have explored the quays of Dublin almost as soon as they could walk?

Our family trip to Ireland resulted from of a bright idea and a generous set of in-laws. Papa Brendan had family roots in Ireland, you see, and he and grandma Kathryn were planning a two-week trip over to the Emerald Isle that summer. Grandma kindly suggested to each of her children that their families tag along on that trip. If we bought the plane tickets, she explained, they’d cover the rest. How’s that for a offer we couldn’t refuse?

Oh, and did I mention that my daughter Kali was just one year old at the time? And that my sister-in-law was pregnant? That wouldn’t stop us. Like I said, this was an offer we couldn’t refuse.

Over the course of the next few months, we browsed REI for trusty backpacks. We devoured documentaries to get us salivating over the scenery, and studied up on the lilting Irish accent from binge watching three seasons of Ballykissangel. We obsessed over airfare routes and mileage points. After all that we finally touched down at the Dublin Airport one July afternoon.

We made our way into town (driving on the wrong side of the road) and tracked down our rental apartment near the River Liffey without too much trouble. We set out a-walking to find some late lunch after dropping off our bags. The oldest pub in Ireland was located within just two blocks of our place, wouldn’t you know it? We figured we’d find some good bites there as well as a bit of the local vibe. Indeed, the place was plastered with Guinness-branded football pennants and boxes filled with geraniums. It was there that Kali had her very first basket of fish and chips.

She had her second basket just six hours later. It turns out that most conventional restaurants in Dublin close early in the evening, letting the pubs feed the dining Dubliners. So we resigned to eating at another pub. And the only meal that was suitable for a little one to chew was, you guessed it, fish and chips.

I think she had at least one order of beer-battered fish and chunky French fries each day during that trip. Sometimes with mushy peas on the side, and sometimes with a bit of house slaw. Always with boatloads of ketchup. For whatever reason she wasn’t having Shepherd’s Pie, Bangers and Mash or even the familiar burger. And perhaps that’s why she occasionally slips up and calls fries “chips” back home in the States.

She encountered many other wonders on that trip through Ireland–beyond its pub grub. She walked the towering Cliffs of Moher, solved the case of the disappearing daddy in pre-dawn Waterford, soaked up the local music scene in Dingle Town, kissed the blessed Blarney stone, and plumbed the depths of ancient Newgrange. She also discovered her fair share of shamrock in the greenery of the countryside.

As she plucked the funny-looking clover, I remember telling my special little girl the story of St. Patrick. This most famous saint of Ireland is said to have compared the common three-leaf clover to the Holy Trinity: the father God, his son Jesus, and God’s own Holy Spirit. All three leaves are slightly different, and yet part of the same, single plant. And I’m glad that ol’ Patrick thought up that simile to explain the Trinity, because I needed something simple enough for her to understand. And for me!

I still travel back into my memories of Ireland as often as I can. Whenever I bite into an order of fish and chips, I’m back in the Dublin pubs. When I see grassy hillsides in California, I’m back in the rolling hills of Ireland. I hear Celtic music (or even the Cranberries, for that matter) and I’m back in Dingle again.

A few months back, my family was hiking through the Armstrong Redwoods State Park—not in Ireland, but in Northern California. My daughter knelt down on the trail for a moment, for what reason I couldn’t tell. She soon popped back up with a three-leaf clover in hand. Not lucky, but dripping with nostalgia. I snapped a photo…

“Remember where this comes from, Daddy?” I sure did.

I smiled with delight that our Ireland trip had lodged itself so deeply in her memory banks. I was also a bit relieved that something more than a love for fish and chips rattled around inside her budding mind.

I’ve got high hopes for the millions more brilliant memories still to be made with my special girl. We never found a four-leaf clover, but I consider myself plenty lucky.

Ever visited the Emerald Isle of Ireland yourself? What were some of the most vivid memories you made there? Tell us in the comments below.