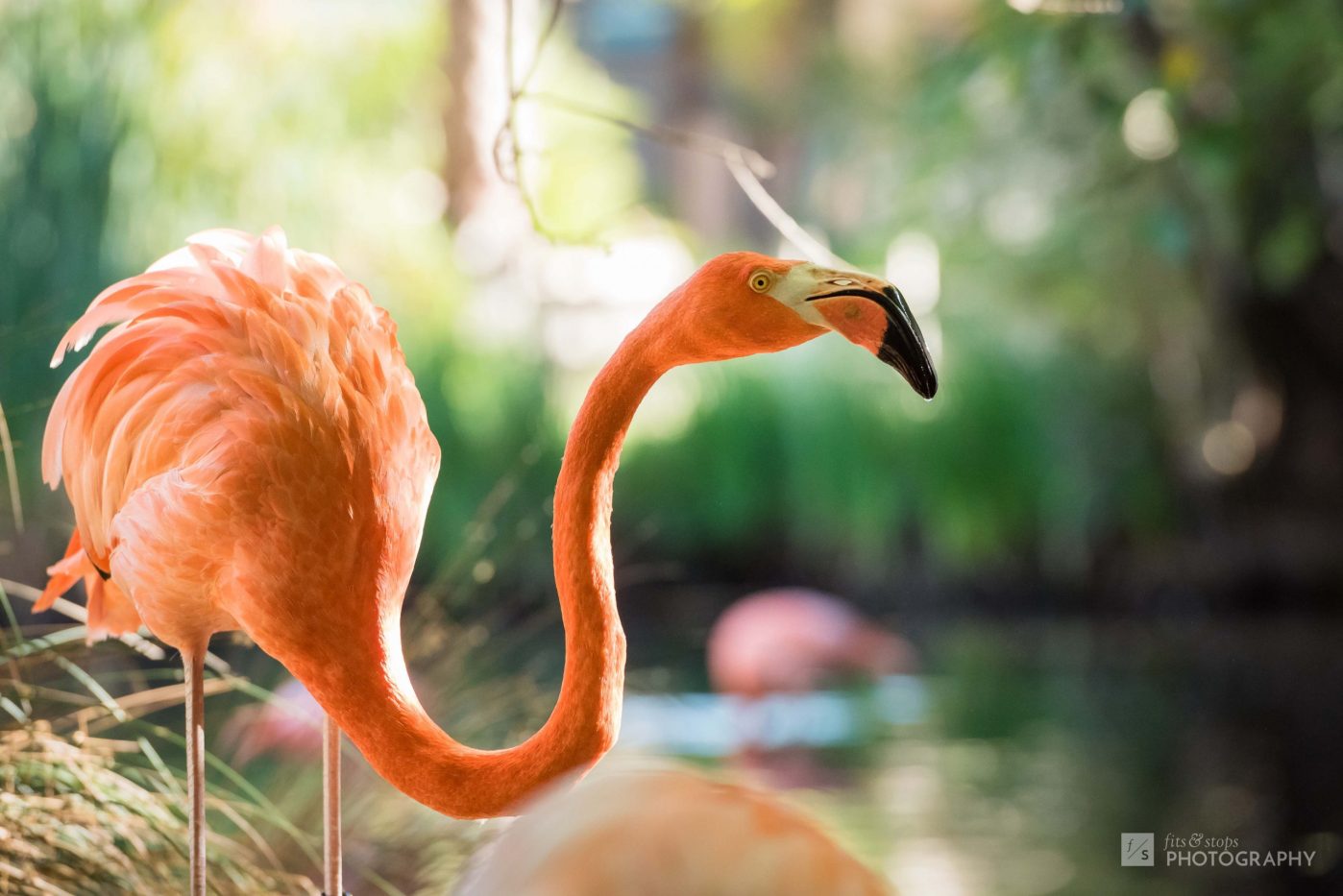 The words “Flamingo” and “Sacramento” usually don’t show up in the same sentence. On that Sunday, however, my little boy and I got as close to a safari as we may ever come without leaving our fair city of Sacramento.

When I caught wind that my favorite local camera shop Mike’s Camera was hosting a demo day at the Sacramento Zoo, I knew I had to be there. This was my chance to pretend to be a globe-trotting National Geographic photographer for a day, testing out astronomically-priced camera lenses that I have no business affording. Oh, the strange things that fill my sails these days.

Feeling a bit guilty about leaving my wife alone in the house with our three little ones, I offered to take my little guy Ashton along. While the camera gear wouldn’t entertain him, I hoped that the chimpanzees would. So armed with a stroller, snacks, plenty of diapers, and my trusty Nikon, we made tracks for the zoo.

I wasn’t the only one with big plans for the zoo demo day. It seemed that everyone else who parked next to me pulled their own camera gear out as they walked into the park.

I was, however, the only photographer pushing a stroller.

I’d be lying if I said I wasn’t mourning the freedom of the days before children as we walked toward the zoo. I would only have a limited time with each bit of kit that I borrowed, you see, and there was a lot of ground to cover in the few hours I could spend at the zoo. I knew full well that I couldn’t plan on speed, predictability, or cooperation from a two-year-old. I anticipated diaper changes and little fits thrown. And sad to say, I resented him in that moment.

That that didn’t stop him from flashing a smile. His eyes were wide at the sight of the colorful entryway to the zoo. And he was elated to be with just me for once, with brother and sister left at home. We stepped through the gate—I with a bit of anxiety and excitement, he with buckets of joy.

I stopped underneath a bright yellow pop-up tent. A smiling fellow with a Nikon polo shirt waited there for aspiring photographers to borrow his expensive stuff. My eyes lit up, though I’ll bet Ashton was wondering why on earth we were stopping here when so many other exotic beasts were around each corner. A signed damage waiver and a few minutes later, and my camera was weighted down with the longest zoom lens I’d ever used. Now we were in business.

As we walked and rolled respectively away from the tent, Ashton spotted a sea of pink to his left. A regiment of flamingos was strewn all across a pond, teetering atop the thinnest legs my little guy had seen. I wondered what he thought about these strange-looking beasts. He told me, with an unmistakable squeal of delight.

I stopped for a few moments to snap some frames of the flamingos, making sure to park Ashton’s stroller with the best view possible. I was particularly fascinated with the oxbow neck of a nearby flamingo who hardly noticed my presence thanks to the great lens. I wonder what Ashton thought of the bird with the neck that wouldn’t quit.

After my moments had carelessly turned into ten minutes, I dropped the camera from my eye. I suddenly realized how long I had left my little guy to just watch the birds. I looked at his face for clues of how he was doing. He fired another giant smile right back at me. “More. More,” he told me.

A wave of surprise, gratitude, and humiliation all hit me at the same time. My little boy didn’t see himself as a burden, as a hassle, or as a load to be bourne. He had every intention of being my wingman on this mission. My little buddy and encourager. My heart melted with pride, and I thanked God for my little boy.

Meanwhile regret over my earlier resentment gnawed at me as well. Why was I so convinced that life would be harder with Ashton along for the day, instead of richer? While watching that flamingo preen with Ashton, I was reminded how wrong I can still be.

Over the next couple of hours, Ashton didn’t disappoint. There were no fits, no arched backs, no hitting, and not even a diaper change. This kid was in it with me, from lemurs to lions, to lens changes and conversations with other photographers, all the way to zebras. Smiling, pointing, gasping. He was just as excited and absorbed as I was in enjoying the variety of creation.

It turns out that National Geographic did not offer me a job that day, and yet we both left the zoo with full hearts. I also left with a lesson learned; my kids will slow me down and frustrate me at times, but they have even greater potential to sweeten the journey if I give them a chance.

What child has taught you a powerful lesson? Tell us about the little lad or lass in the comments below.