Riding Off Into the Oban Sunset 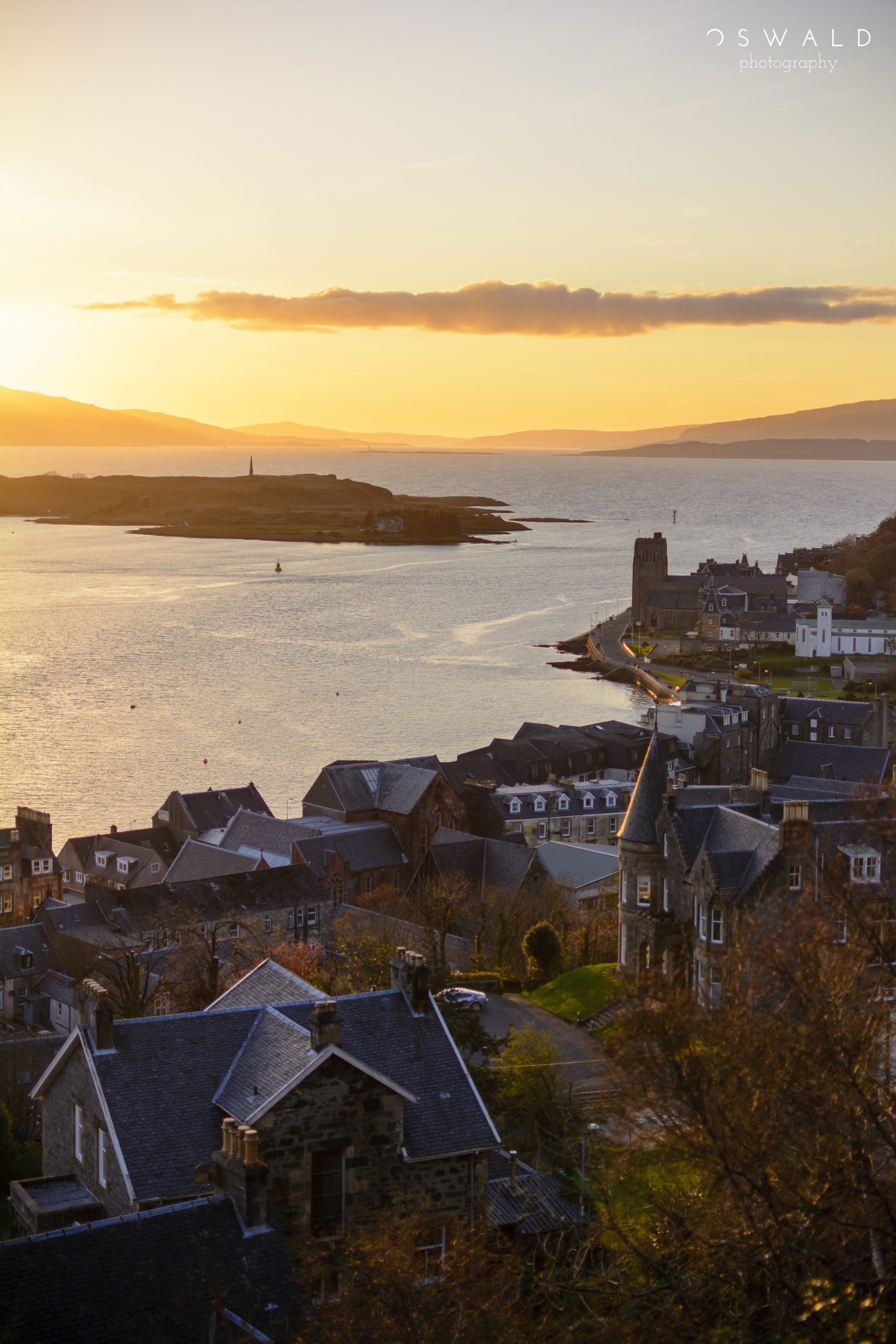 After two phenomenal weeks of travelling Scotland with my family and my parents, it was time for us to part ways.

The coastal city of Oban played host to our final minutes together, and to a photo that is especially meaningful to me.

You see, this trip to Scotland had been nine years in the making. Scotland first romanced me from a distance in 2005. My wife and I watched seven seasons of the Scottish BBC series Monarch of the Glen early on in our marriage (imagine a modern-day Downtown Abbey set in an even more picturesque location). In 2011, we had even made a three day stopover in Scotland during travels in Ireland, but it only made us that much more keen to return to the place. In fact, it was probably on our flight home that I hatched a plan to get my little family back to Scotland, and perhaps even convince my mom, dad, brother and his wife to come along.

It was 2013, and my wife and I finally decided to pull the trigger. We started saving up for airfare. You might find us on any given morning checking the latest Aer Lingus airfares. We ensured that we had our child passports at the ready. We even purchased my Fits and Stops partner (our Nikon DSLR camera) specifically so that we could capture some great memories of this trip.  But it was when we purchased the Rick Steves book on Scotland that it became clear there was no going back.

So I began my efforts to woo my parents, brother and his wife to join us in these travels. Sure, they may have been annoyed by the whirlwind itineraries I sent them, or the too-good-to-be-true photos of destinations they could enjoy if only they would join us. Our desire to have them come was even greater because our the various members of the Oswald family were separated by thousands of miles. We lived in Sacramento, my brother and his bride lived in Philadelphia, and my parents lived in New Delhi, India. That distance only strengthened my hopes to pull us all together for a journey together.

Evidently, these efforts paid off. By April 2014 we arrived in Edinburgh, Scotland along with my parents. Even my sister-in-law Katharine was there for a few days of fun. Only brother Ted was missing (and missed you we did, bro!).

What followed was two weeks of diesel-powered  around the entire country of Scotland: A hike to the top of a dormant volcano. Gracious babysitting during a date night on Skye. Life lessons in the car about gentleness (and inside voices) from Grandpa. Fish. And. Chips. At least four rides on boats of greatly different sizes. Smiling strawberry ice cream with Grandma at the foot of a castle. Blustery beaches, broken tablets and mini-golfing at the “Himalayas”. There was no shortage of indelible memories.

Our last day with my parents was just as unforgettable. We journeyed from Oban to Mull to Iona to Mull back to Oban by combination of ferry, bus, little ferry, bus, and ferry. There was plenty of time to sit and chat while exploring these islands, and to hint at the need to prepare for the coming farewell. Grandma got a bit misty on more than one occasion as we reminisced about our good times.

Sadly, as our ferry returned to Oban, my parents gave their parting hugs and ran for the local train station with wheeled baggage in tow. All of the sudden we were reduced to a family of four again, and the weight of that realization felt heavy to me. It would likely be months before I would see my parents in person again. And our final couple of days in Scotland would be just us West Coast Oswalds.

We spent what was left of that night enjoying a great restaurant along the quay of Oban. While at the dinner table with two kids whose faces were messy with pasta, it sunk in that my wife and I were back to corralling our kids all alone rather than relying on Grandma and Grandpa for backup. Afterward, we tried to stave off the sadness of that day’s farewells by driving up to McCaig’s Tower (the local Roman Colosseum replica?!) to see Oban from one of its highest points.

I captured this landscape photo as the sun was setting out over some nearby islands. This photograph conjures a variety of emotions for me. It takes me back to the natural beauty of so many places we explored in Scotland, and it gives me a feeling of serenity. However, it also stirs up the bittersweet sense of farewell and the winding down of something truly special.

For all the emotion behind this photo, it is ultimately gratitude that I feel when I see it. I’m grateful for the gift of my family and the memories we’ve made together.

What’s the most memorable trip you ever took with family or friends? Spill the details about it in the comments below!