Rising Waters and a Quick Trip To Ireland 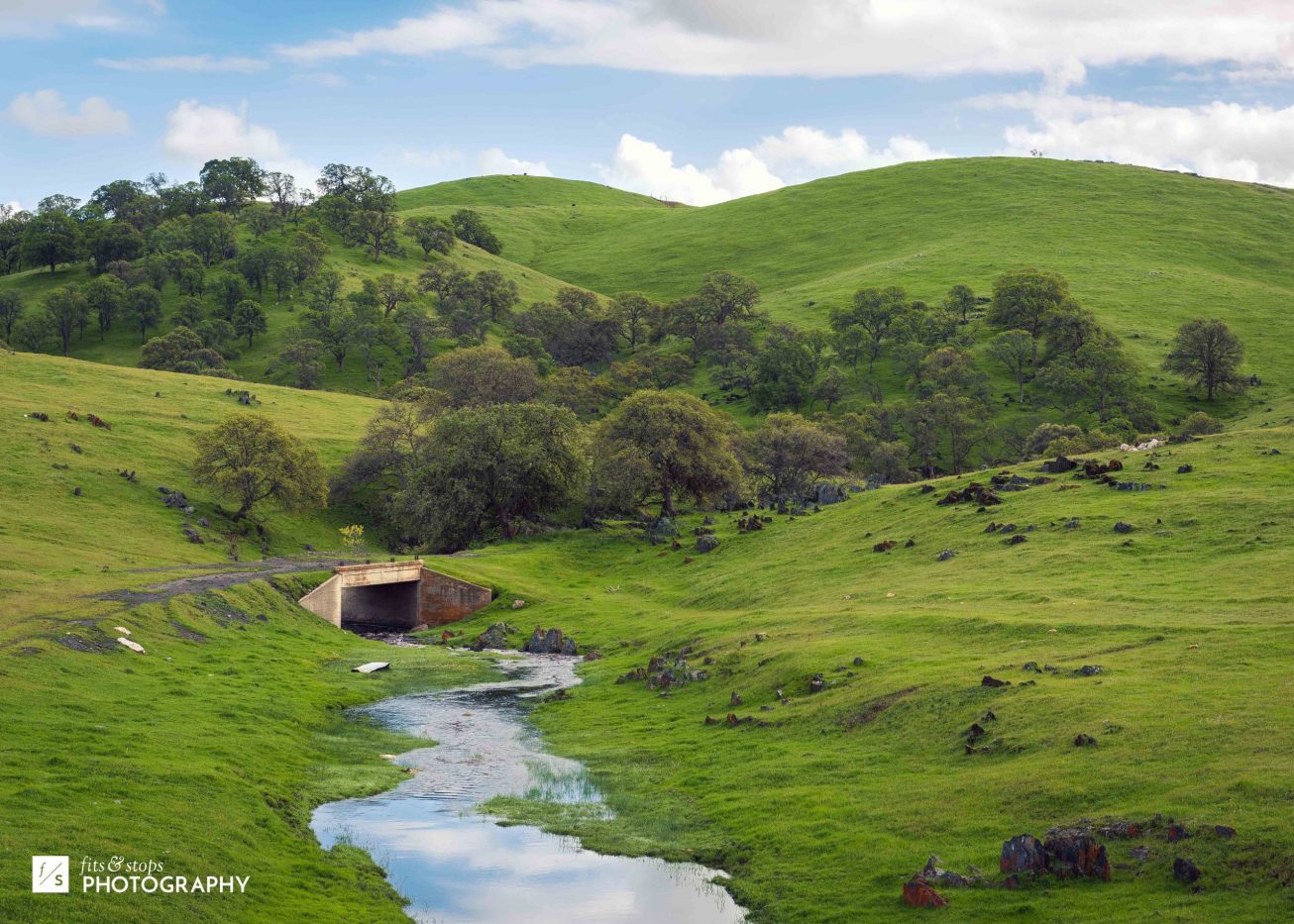 Sure, that famous Windows XP wallpaper was pretty, but I’m of the opinion that it could have used a few more trees.

So when a rollicking rainstorm somehow transported me to the rolling hills of Ireland, I reckoned I’d better hop out of the car with my camera and get into action.

It had been a wonderful weekend away from home in Bass Lake, California with my church family: wonderful and waterlogged.

You see, the constant rains of Saturday kept us indoors for most of the day, which turned out to be a wet blessing in disguise. Most of these dear friends are in a similar stage of life in which work and family keep us running through life at breakneck speeds. So it wasn’t such a bad thing that we spent most of the day inside our condos, playing games, swapping stories, napping, sharing favorite whisky (and whiskey!), listening to music, and making great meals. These were some rich times of laughter and truth with some of my favorite people in the world, made sweeter thanks to the downpour outdoors. We might’ve ignored the rain altogether if it wasn’t for the flooded walkways we had to fjord in order to get back to our own condos.

As I opened my eyes the next morning, the sun greeted me through our paper-thin blinds. The light and warmth had returned just in time for us to pack our bags and return home on this final day of our trip. Before my lady love and the rest of our crew could wake up for breakfast, I made my way out to the shores of Bass Lake to snap some landscape photography (my favorite sort of photography) and relish some time alone with my thoughts. The lake had risen a few feet since last I’d looked, thanks to the countless waterfalls and temporary arteries of water that had formed overnight. To think that this scene played out in a state suffering its fourth year of drought would have bowled you over as well! And so my camera got quite the workout.

After some breakfast burritos and great conversation (not to mention some bleary-eyed packing), it was time to head out. We exchanged hugs, tossed a football around and took a couple pictures. Some were off to visit nearby Yosemite, while we needed to make tracks back home to rescue grandma and grandpa from our three kids they had graciously watched over the weekend. So Erica and I were off, enjoying the strange silence of a minivan with no children inside, while at the same time eager to see our little ones.

All of the sudden, while heading west on Highway 140 somewhere between Catheys Valley and Planada, the landscape magically transported us to Ireland. The dead, yellow grasses of California had given way to rolling, green pastures dotted by dairy cows (probably the happy kind). Little swollen streams wound around the shallow hills, while clouds overhead passed at breakneck speeds. The roads were just as lonely as those in rural Ireland, and I half-expected the tiny Irish cars and Guinness-bearing lorries (not trucks) to pass us by. I could have sworn that we were no longer headed to Merced, but driving the narrow Irish road from Tralee to Cloghane — one of the most beautiful and wettest places I’d ever been. I had the recent storms to thank for this passage back to the Emerald Isle.

So I stopped the car. I gave that look to Erica, hoping she’d know what needed to be done.

“P.J., You’d better hop out and take some photos. This place is gorgeous!”

With that, I rejoiced, and I was out of the van with my camera searching for the best angles. I darted across the road, up to the rails of bridges overlooking glassy streams below. The green was everywhere after so many years of drought, and it was surprising and glorious in each direction. I caught this particular view (featured at the top of this page) of a bridge  over a mirror-like stream just ahead of me and snapped the shutter release. I was pleased to get the shot, and regretted that I didn’t have the time to hike out into the scene myself. Our kids needed picking up, after all.

I kissed Erica with gratitude as I jumped back in the van, and we set off. For two minutes. Because I had to stop again for a few more breathtaking shots. Did I mention I have the most patient wife ever?

I added Ireland to my bucket list all over again as we picked up speed. Within five more miles of this same road, that green countryside we had just traversed faded into our memories and we drove through a poor farming town in the central valley. Though the place looked nothing where we had come from, I’m sure they were even more pleased than I that their land had been so well watered.

The rains returned with force as we drove home, and I was nothing but grateful. These rains healed the land. They forced a busy group of friends to a grinding, restful halt. They made for one on my most nostalgic and picturesque drives ever. I turned up the speed of my windshield wipers and smiled.

See the comments section here? Tell us about a time where you were never more happy to see the rain…