Salesman In the Family 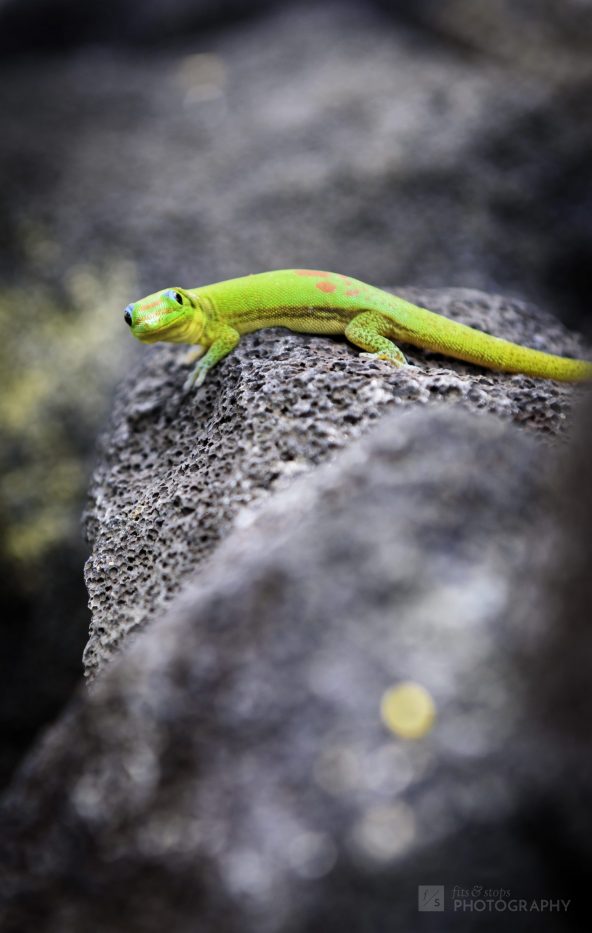 Me and my braddah were like two coconuts in a palm tree. Sure, we had hundreds of brothers and sisters running ’round da beaches here. But Frankie and I, we had something different.

But then Frankie left our island. Went to some other island across da pond. I never got it, but hey, that’s probably why he’s a millionaire and I’m sitting on this here rock.

Da two of us used to live the good life. Roaming all over da beach, climbing da trees, sneaking into carved out canoes to find da tastiest bugs. And people would mistake us for each other all da time. We had da same red dots running down our spine. Even our ma, God rest ‘er soul, couldn’t tell us apart. Inseperable, we were. Life was grand.

I shoulda seen it coming, you know? All us kids were content to live around da warm rocks here at Pu’uhonua O Honaunau — you know, da City of Refuge here in Hawaii. And there were scads of us just loving life by da ocean. But Frankie wandered on over to be near da humans more and more. Nuthin’ made him happier than when one of da fleshy giants pulled out a camera to take pictures of him. Da guy just hammed it up for those tourists, though none of da rest of us got it.

I knew to keep my distance from those obnoxious creatures. Frankie must’a been born without that sense. He longed to be with them, and even took to walking on just two feet insteada da four that God gave him. Like some sort of twisted Little Mermaid story, without da mermaids. Can you believe this guy?

We could all tell he had it bad when Frankie started to talking with a funny voice that wasn’t his. “Lots of chocolates for me to — ite” and “Never was there a more happier crew than them what sings Chim Chim Chiree…” He called it “Cockney”. I called it “ridiculous”. But he kept on talking ’bout how he’d found his real voice, and he wanted to take to da stage on da West End. Whatever that means.

One day, I woke up to find Frankie wasn’t under his usual rock. ‘Stead, all I saw was a note scrawled in da sand: “Left 4 London. Make a name for myself. Don’t forget me.” Da nerve!

I stewed in my misery, missing my braddah — my friend. Would he come back to our beach? Would his crazy trip show him that there’s no bettah life than with his family? I hoped and hoped for months.

It mustah been five years after when I saw it. I climbed up a palm to catch some sun, and peeked out on to da road nearby and saw a new billboard. I’d seen da eyesore a hundred times before, only this time, there was a giant picture of Frankie on it. He stood on two feet, just like all those years before. For whatever reason, they misspelled da word gecko on that billboard: “GEICO”.

Turns out, their spelling was just fine. Frankie had landed a spokesman gig with da humans! Da “GEICO gecko”, they called him. He was living large. I could tell because he started sending all sorts a’ gourmet grubs back home for all of us. I don’t think dem fancy bugs will ever make up for him leavin’ … but I’d be lying if I said I didn’t miss da guy.

Is there anyone with the showbiz bug in your family? Tell us their story in the comments below!