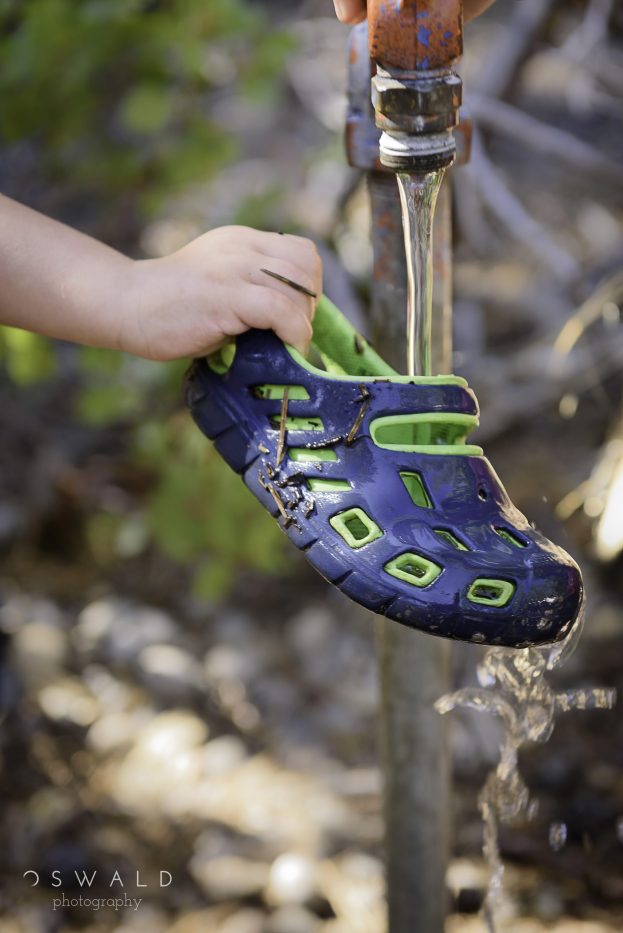 For most folks, a camping trip leaves a thin layer of dust over just about everything you take along. The same is true for the Oswald family, only we come home from the campsite with a second and third layer of dirt.

Camping was my family’s vacation of choice when I was young. Money was tight. Resourcefulness was not. So a few hours’ drive to set up a tent and launch into forested adventures provided just the summer entertainment we all needed at a fair price.

Upon arrival at a campsite, my little brother and I made it our mission to help dad set up our outrageously heavy canvas tent. That green monolith was propped up by these aluminum poles that made the most satisfying clanking sounds ever. My little brother and I took multiple, epic sword fighting breaks within clouds of dust that we kicked up. Meanwhile my dad kept on working. Perhaps he was relieved that he was able to work unhindered for a moment. At least until he needed the final poles.

After raising the tent, my brother and I typically set off to explore the campsite. Like little boys so often do, we surveyed the boundaries of our site to see just how far our little piece of land stretched. And how far we could go before we upset mom — who was still busy unpacking the trailer we pulled behind our family car. If we were lucky, we still had a bit of daylight to try and catch lizards sunning themselves on nearby rocks, or lunge after Garter snakes. Most of the time, we came back with a few scrapes and empty hands. Sometimes we came back with our next family pet.

Of course, camping always included hiking for the Oswalds. We walked through redwood forests, scaled coastal rocks, and ran over sand dunes. It didn’t matter what the ecosystem was; my brother and I would manage to bring at least five pounds of dirt and grime back to the campsite in our shoes. When I saw just how much gunk could fall out of my little shoes as I removed them, I understood why my parents instituted (and enforced) the “No shoes in the tent!” rule.

So on a recent camping trip at Sugar Pine Point State Park at Lake Tahoe, I watched my own three children run amok at our campsite as we unpacked our car. Had you been there, you would have experienced sword fights with fallen branches, tripping in the dirt, and reclaiming snacks that had fallen in the ashes of the fireplace (before mom and dad noticed). Times hadn’t changed, and my kids were filthy mere minutes after arriving.

As I walked with my two oldest and messiest children over to a water hydrant, I flashed back 25 years to similar walks with my dad to get washed up before dinner at the campsite. My boy William had gotten his little Crocs so full of pebbles and pine needles that he was crying about “pokies”. Those shoes needed washing as much as he did. And when your shoes are made of rubber, a quick shower is about all you need to clean off. I snapped this photo of William washing off his shoe — a sort of shoeshine for crocs. As he did, he sighed with relief.

So my kids and their shoes were somewhat clean — for the next five minutes. And so it would be for the rest of the weekend. By the end of the weekend, I had kept my cool with their messy shenanigans. I figured that it was my turn to simply sigh like my parents did when we camped together all those years before.

Where we you when you got your dirtiest? Tell the tale in the comments below …