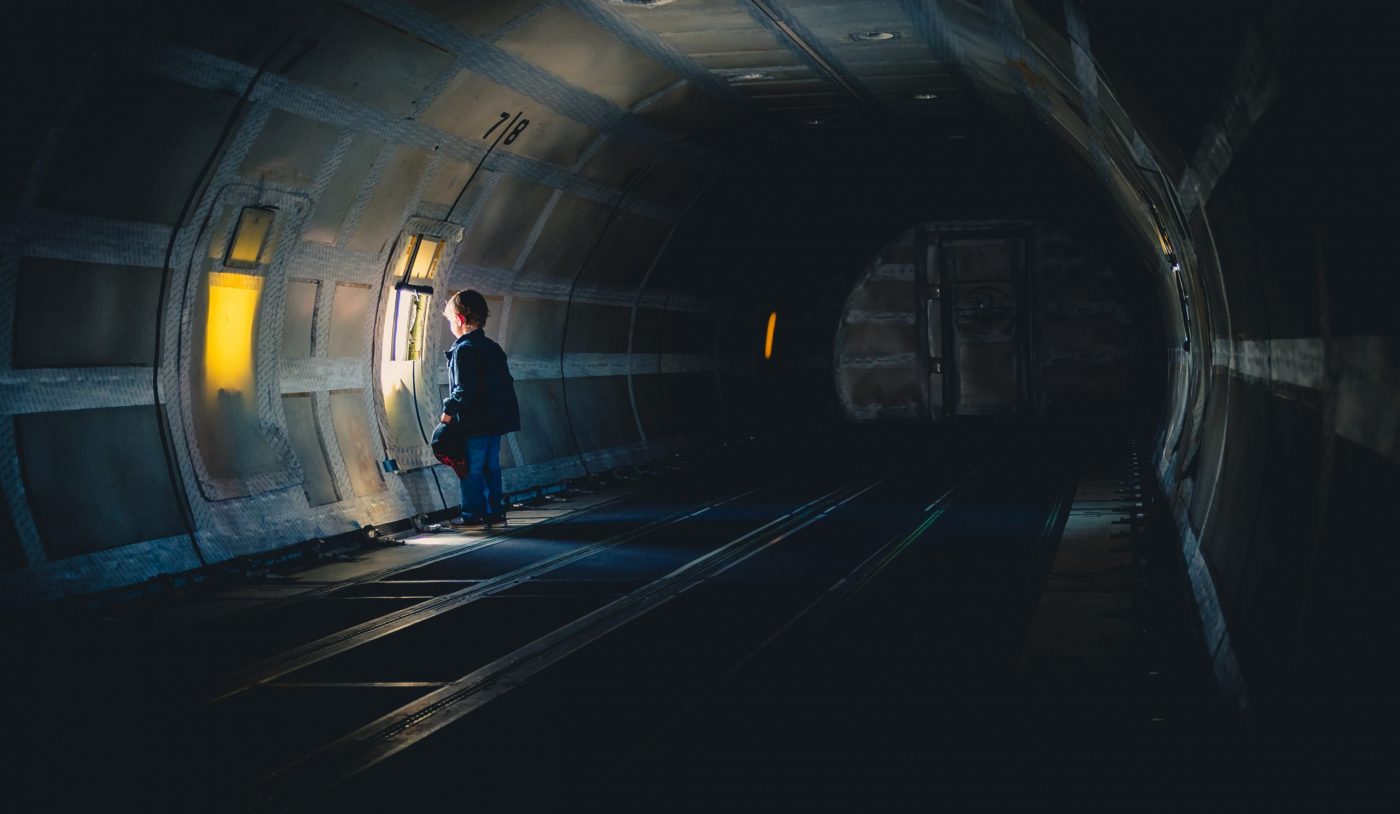 Divide and conquer; That’s our strategy for surviving as parents of three kids.

But when I’m not just surviving, I’m reminded that nothing speaks love to my kids like spending time one-on-one with them. When it was three-year-old William’s turn for what he calls a “Daddy/William Date”, he opted for Mexican food and a trip to the Aerospace Museum of California. He’d been dreaming about this for some time.

William, full of horchata and quesadilla, and I of fish tacos, waddled our way through the entrance of the museum. No food coma would slow our journey through the history of man and flight. Not when there’s a hangar full of videos, scale models, flight simulators, and activities to explore.

My little guy darted from one spot to the next–eyes wide with excitement over the next helicopter or biplane in sight. I get the impression he expected to soar into the sky with each subsequent aircraft we found. Whatever disappointment he felt in not being able to fly faded whenever he could jump in a cockpit and take a stick or yoke in hand. Imagination and hardware was all he needed for a bit of flight.

Oh, and did I mention the decommissioned airplanes out back?

Our time together kicked into high gear when we stepped out on to a tarmac with a tremendous collection of gigantic aircraft: old fighter jets, paratrooper planes, helicopters, Coast Guard patrol planes, cargo carriers, and stunt flyers. The size and scale of each craft made me feel tiny, so I can only imagine how my boy took it in. He grabbed my hand and pulled me from plane to plane, sometimes rewarded with the discovery of an open bay door and a docent welcoming us to hop inside for a look around. The Mexican food was an appetizer, the exhibits indoors were a salad, and this was certainly the main course.

William would have been happy enough to just go grocery shopping alone with me. He craves alone time that tells him that he is not only my son, but that he is special to me. Alone time with jets? That just took things to new heights.

Shortly before the end of our visit, William asked, “Maybe Kali and Ashton can come next time?”

My jaw dropped. Though he relished his time alone with me, he was having such a good time that he wanted his big sister and little brother to get in on the fun. Ordinarily, he’d be trying to push through the rest of the pack to get a bit of attention. Admittedly, it can be hard to offer that to him in a house full of needy, fun-loving kiddos.

As I learned that day, strange things happen when a little boy’s love tank is filled to the top (along with an horchata additive).

Planes make for some vivid memories, don’t they? What are some of yours? Tell us in the comments below.