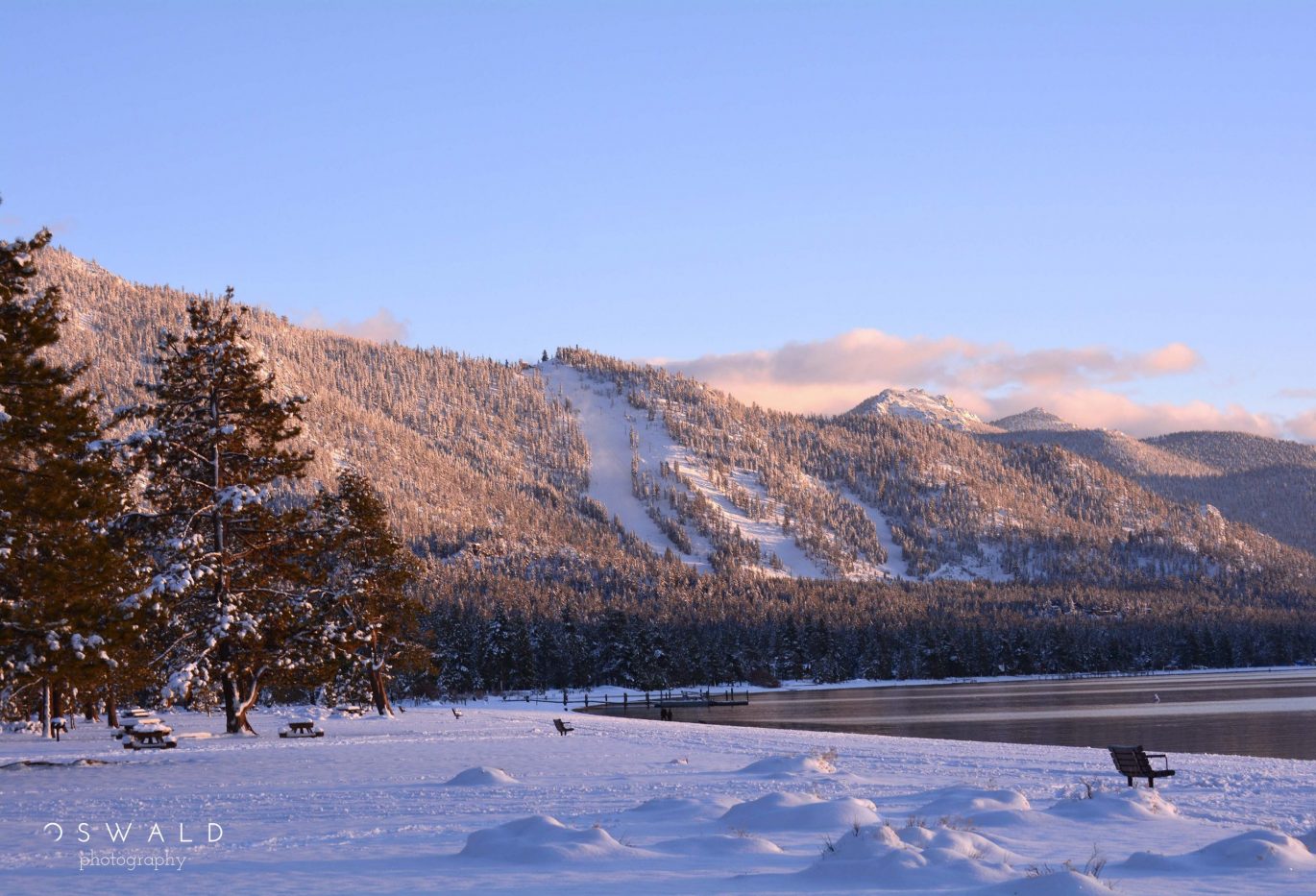 I’m about the furthest thing from a ski bum. I’ve spent most of my life within two hours’ drive of some of the country’s best ski slopes such as like Aspen, Vail, and Lake Tahoe. And somehow I’ve never strapped a single foot to ski or snowboard. The closest thing to snow that I experience is usually shaved ice.

So when I spotted the familiar Zephyr Cove Beach covered in snow, I knew I needed to venture into the cold with my friend Nikon.

Most of the time I’ve spent on this high altitude beach has been in the heat of summer. The beach itself is gravelly in many spots. Or at least it is when you can find space between the crowds playing and sunbathing on top of it. With less atmosphere to block out the sun’s rays, your pale photographer friend gets sunburned faster than you can say “barbecue”. The heat is counterbalanced by the deep, cold waters of Lake Tahoe — replenished by the runoff of the Sierra Nevada mountain range. “Fire and ice” all in one place.

With that picture in my mind, I did a double take when I found that same beach empty and blanketed in snow.

I parked my car outside the locked gates of the beachfront park, and strapped my still-pristine camera around my neck. My wife and I had only purchased the thing just a couple of weeks prior, and I was still learning my way around it. So while I stumbled through the snowdrift, I regretted not having learned more about jargon like “aperture-priority mode”, and “ISO” that would have made for brighter pictures. After all, the light was fading fast and I had misjudged how long it would take to reach the shore of the lake.

I also realized that I should have bought snowshoes at the local Goodwill store instead of rubber boots. Would my toes ever move again?

Eventually I reached the edge of the water and was somehow surprised that I wasn’t rewarded with some extra bit of warmth for my trouble. I looked down at the water and wondered just how much colder it had become since summertime. The sun sank from the sky and shone a pink light across the white of the snow. That was my sunset queue to get snapping. So like a novice photographer, I took as many pictures as I could…

…Which is likely the reason that you won’t be seeing many other pictures from this particular photo hike. Most were garbage and unworthy of your time. But I did end up with this one here: “Snowy Shores of Lake Tahoe.” It’s special to me because it was one of my earliest photos. It also captures a rare moment of this beach in hibernation, with benches, docks, picnic tables and shores all absent of the usual life.

I suppose this image is a reminder that, “For everything there is a season, and a time for every matter under heaven…”

But there wasn’t a deep thought left in my mind when I took this photo. Hardly a thought at all. My internal monologue went more along the lines of, “Must…get back…to car.”

Snow, I’ll be ready for you next time!

What are your fondest memories of Lake Tahoe? Skiing, zip lines, camping. Lay it on us, right here in the comments…