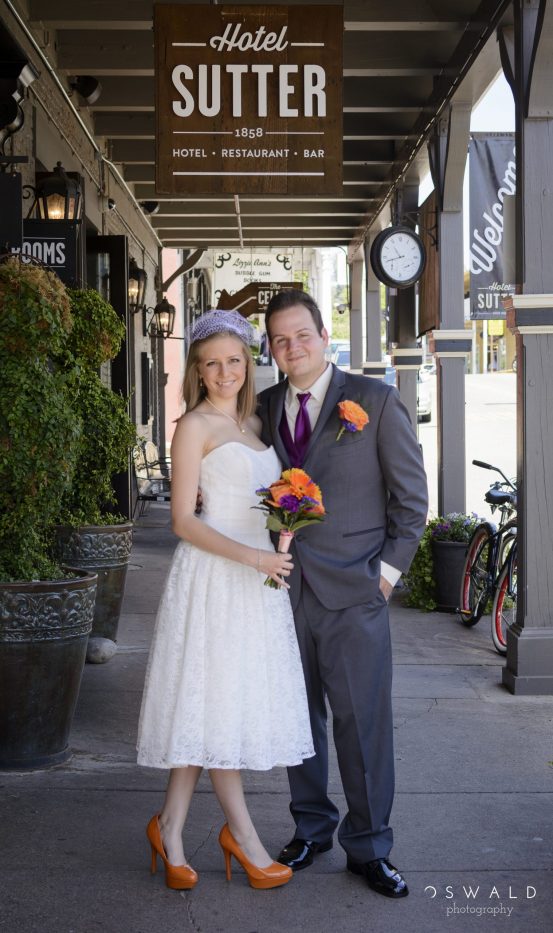 After five years of dating, Justine and Joel had decided that this was the day to join their lives inseparably. And after one year of photography, this was the day I would shoot my first wedding. *Gulp*.

Several of us were taking the plunge that day.

My wife tells me that when I’m learning something new, I tend to jump in at the deep end rather than slowly wading in. I suspect that this is a blend of audacity, enthusiasm, and love for learning. There’s no doubt that this has gotten me in over my head at times. But it also means that the lessons that can come only through experience are gained sooner. These deep-end introductions bring me humility, as well as an understanding of what I need to learn to keep growing. This has been true for me in swimming, schooling, mountain biking and now photography.

When my Western Seminary coworker Justine announced that she was to be married in a matter of months, we were all so excited for her. Her Big Day had been a long time coming, and she was ready to walk through life’s peaks and valleys with her best friend Joel. With just a few months to go, she and her fiancé were working overtime to get their April wedding planned and perfect.

It was a few days later that Justine approached me to ask if I’d consider shooting her wedding. I was floored, and humbled. She’d read the blog here at Fits and Stops, and had heard me gabbing around the office about photography. She also knew that I hadn’t ever photographed a wedding before — that I was untested. And yet she invited me to submit a quote for my services if I was interested. Graciously, she left me to my thoughts.

I hesitated for a moment. And for a few more hours. I remembered just how important wedding photography was to my wife and I, and questioned whether I’d be able to provide something that would really capture all the emotion and transformation of a wedding day. I’ve played music at a few weddings, and officiated eight or nine others. But I’m still a novice behind the camera lens.

Following a bit of prayer and the sort of pep talk that only a wife can offer, I was in.

I wasn’t about to do this thing alone though, so I called up Melissa. She’s a friend whose photography eye and experience humble and challenge me greatly. I figured if I could get her to shoot along with me that day, I’d have an ally who could help me keep pace with nervous grooms, changing sunlight, and the breakneck pace of the wedding ceremony. Fortunately for me, Justine and Joel, she was in too. Whew.

I drove through the Northern California foothills through Sutter Creek, parking my car at the still empty lot at The Park at Hanford Courte. There were few minutes of strange calm before the hustle and bustle of wedding preparation would begin. Soon, Justine would be attended and gussied up by her team of bridesmaids. And Joel would be calmed by his team of groomsmen, wearing striking orange ties. But in these quiet minutes before, I ate a banana, strapped my camera around my neck, threw my backpack over my shoulder, and stepped out of my car.

On their first day as husband and wife, I would spend my first day as a wedding photographer. Thanks to the happy couple for taking a chance on me, and thanks to Melissa for bringing your best work to the Big Day.

I’ll have more stories and photos to share from Joel and Justine’s big day in later posts, but for now, I’ll leave you with this gem. These two spent plenty of time dating in the charming town of Sutter Creek, and they had talked for years of also being married here. So in the final 45 minutes before the wedding, Justine and Joel wanted to capture some shots away from the wedding venue near their favorite haunts along Main Street. This one gives a flavor of the Gold Country charm of Sutter Creek, as well as the joy and calm of the minutes-from-married couple. Not to mention a great hint of the awesome purple and orange color choices of the wedding that was to unfold..

What are the elements of a great wedding photo? I’m all ears! Tell me your thoughts in the comments section below…