The Plotting Sheep of Skye 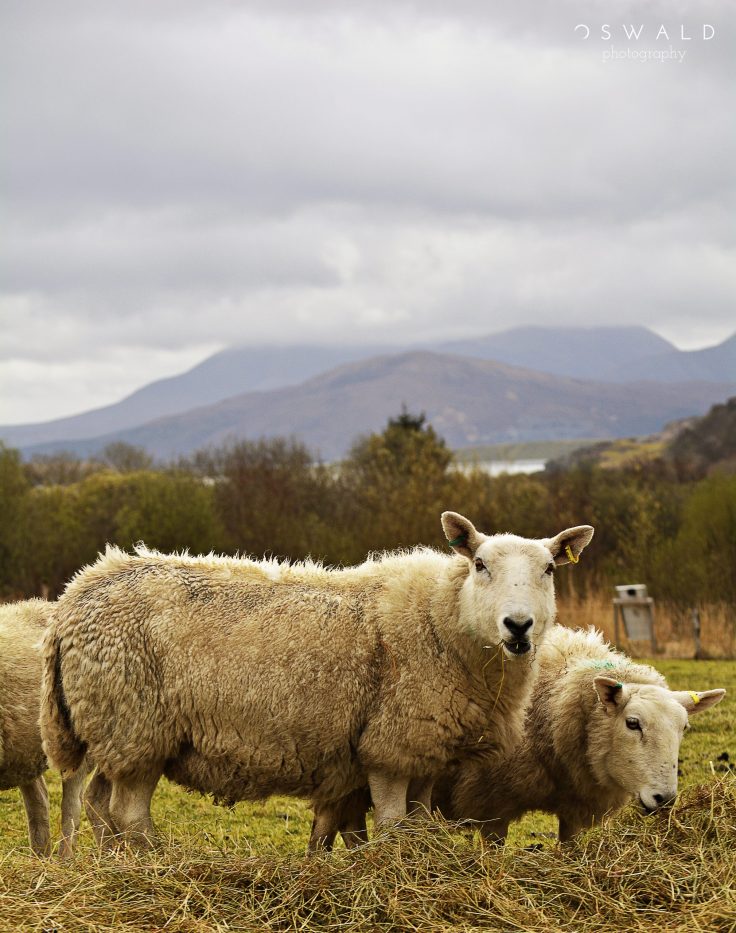 The population of Scotland hovers somewhere around six million people. The sheep population is estimated to be eight million. Which is why the Scots live in constant fear of a violent sheep uprising.

Just look at these two; the careless hay hanging out of the mouth cannot disguise the bloodthirsty scheming inside.

When travelling through Scotland, you come to recognize a few of the constants of its beautiful countryside: the color green, clouds, hairy cows, and lochs that stretch into the distance. I suppose that sheep should be included on this list as well. Their presence dotted the sometimes lush, and sometimes rocky scenery that we passed through with puffs of white. And in all honesty, the sheep were so docile in appearance that they put me at ease whenever I saw them.

Don’t mistake that cuddliness for timidity. These sheep are just as rugged as the landscape they occupy. For as many times as I saw them grazing and lounging in flat grasslands, I also saw them braving the sides of sharp cliffs, or steep lochside overlooks to reach their meal. Indeed, one boat captain we spoke with in the town of Portree explained that it is common to see soggy sheep wash ashore after falling from the heights into chill waters. Yikes.

I took this photo from a much less precarious position: a rental van.

On our last day on the wonderful Isle of Skye, my father and I took the trusty Fiat van out for a quick jaunt along the eastern coast of the isle toward some smaller settlements. You know, somewhere between the not-so-ready-for-spring-break towns of Penifiler and Camustianavaig. The roads were nearly empty, and the countryside was calm. As we drove along, I spotted the green of Scotland, the hint of a nearby loch, the hills rising upward toward a ceiling of cloud. And of course this pair of almost sinister-looking sheep. Plotting sheep.

You can almost hear them bleating:

“What do you want to do tonight, Hamish?”

“The same thing we do every night, Donal: Try to take over the Isle.”

Which animals do most suspect of overthrowing humanity? Give us your Orwellian predictions in the comments below!