The Stillness of the Sixth Street Train 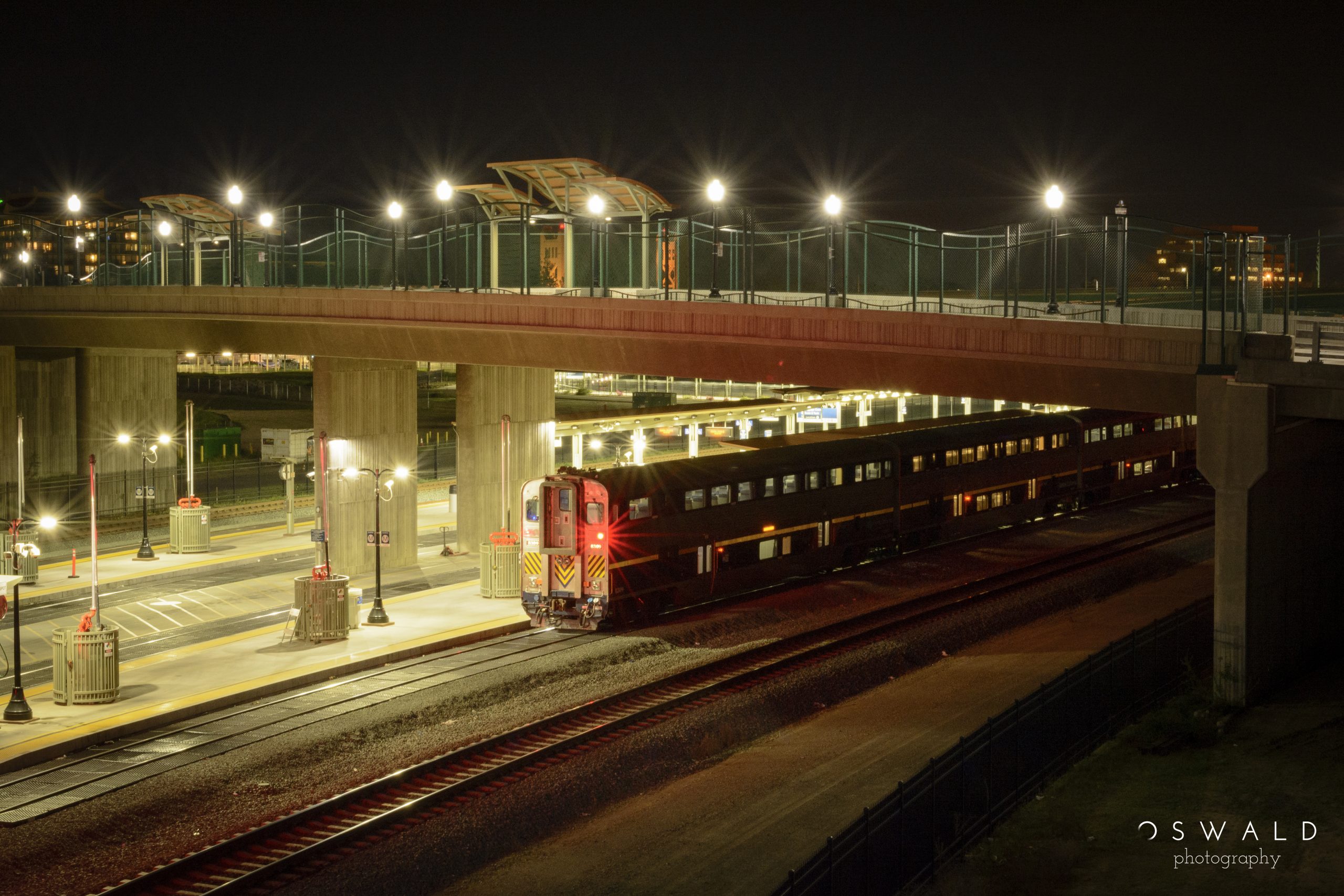 There’s something unsettling to me about empty spaces with all the lights left on. It is almost more strange than happening upon a space with all the lights out. Was there some emergency that caused everyone to leave in haste? Or did I get left behind?

While I don’t think that either of these two scenarios were the case at this train platform, the place evoked that strange feeling in me. Which was great reason to take a photograph.

I ventured out that evening for a night-time photo session, hoping to explore a new and undeveloped part of Sixth Street in downtown Sacramento. I wanted to capture a view that I assumed might disappear as soon as construction finishes on the Sacramento King’s new downtown arena. While fences blocked off this elevated street to motorized traffic the sidewalks were open. I was thankful that my entrance wasn’t blocked as I made my way down the street.

As I think about it, the weird feeling began there on that virgin street. Cars hadn’t yet rambled across its pavement, and the sidewalks were free of the gum, stains, and cracks that time imparts. Benches had been installed, as had bus stops with tidy garbage cans. And there were street lights and stop lights everywhere, burning their bulbs brightly for nobody. I felt utterly alone and calm as I walked down the middle of this idyllic street. I imagined that perhaps the street had been made for my own private use that night. An introvert photographer’s dream.

I reached an area where my personal street arched upward and stopped to look at what surrounded. I noticed a train platform on the ground below — a platform that bustled with people when I took a train trip from this station many years before. Though in the present, the vacant passenger car and the empty platform made my illusion of loneliness even more convincing. And yes, all the lights in the train and on the platform were still on. I set out my tripod, set a long shutter speed and a high f-stop and… *click*.

Or, you know, pay Amtrak for a train ticket like a normal person.

This photo stirs up feelings of silence and unease for me. What does this photo evoke for you? Share in the comments…