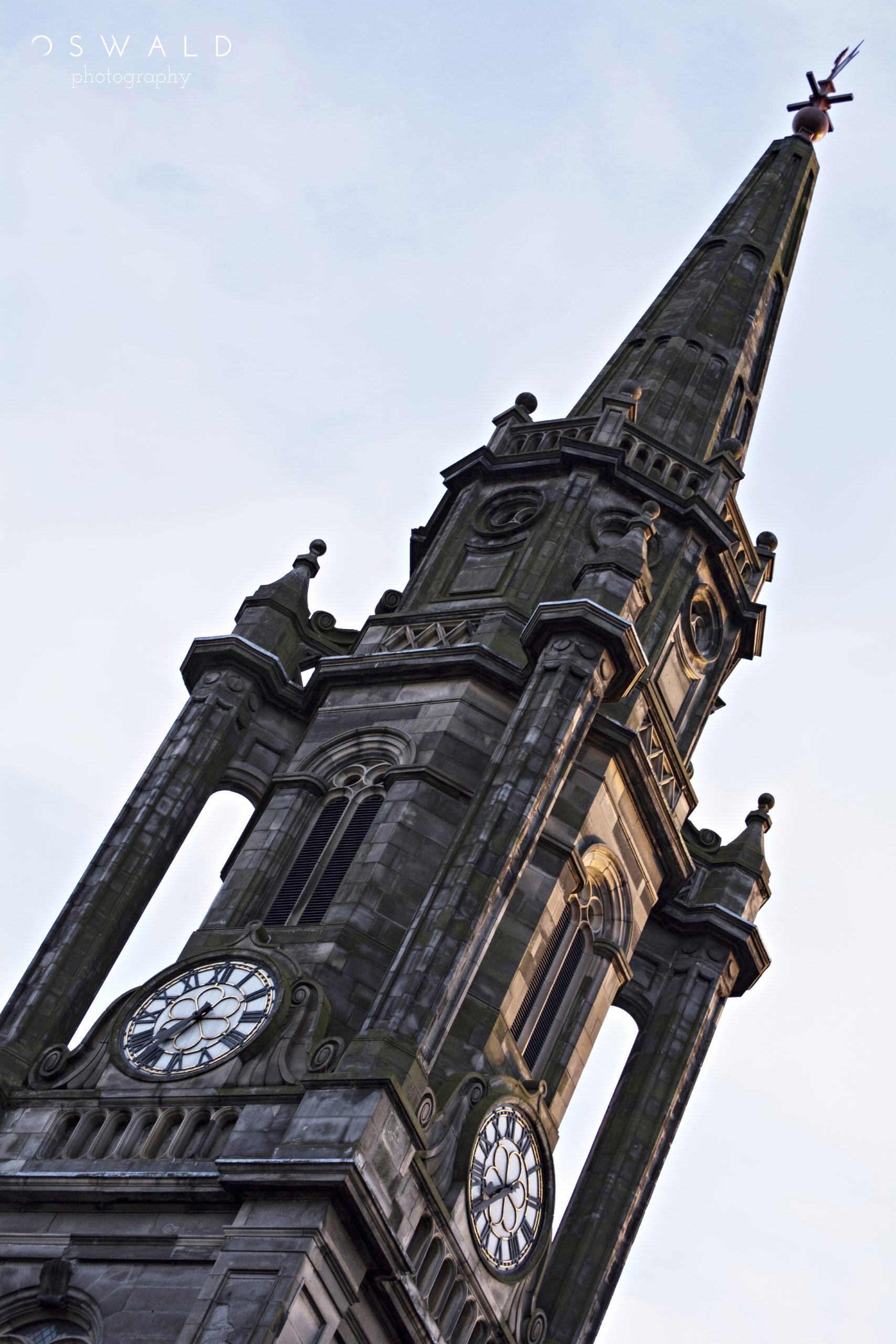 Cathedrals like this are few and far between where I live.

Not only do I live in the United States, where the fine art of century-in-the-making-type churches has been lost, but I also live on the West Coast. This is the land of churches that are planted with zeal in humble concrete walled warehouses. Heck, I’ve got a church that meets in my little house. For us, the art of place doesn’t matter to us as much as just having a place.

Maybe that is why a stroll down Edinburgh’s “Royal Mile” is such an otherworldly experience for me. The mile-long street is bookended by the towering Edinburgh Castle at one end and the Palace of Holyroodhouse at the other (where the Queen of England stays when she comes to town). Each of these landmarks are incredible examples of art in architecture.

Yet the rest of the street is no less spectacular. It is alive with street performers and lined with all manner of tourist facing traps and pubs. Despite being so clearly geared for travelers with Rick Steves tour books (like me), even the most mundane of buildings and alleyways seem to have been built with concern for charm. During our recent family trip to Scotland, my wife managed to put us up in a rented apartment directly on this Royal Mile.

Sigh. I don’t exaggerate when I call Edinburgh my favorite city.

Just about 100 yards (I mean, metres) down the road from that apartment is a cathedral called the Old Tron Kirk. It is one of a handful of ornate churches built along the Royal Mile, and it is one of the more restrained in comparison. I passed by it quite often, and became used to its clock telling me the time on those overcast days when the muted light gives no indication of day coming or going. When the sun broke out from the clouds its light shone on the spire like a beacon — which was all the more beautiful to me as we walked in the shadows of the tall apartments that line this road.

I’m grateful to have caught the Tron Kirk spire at one of its best moments in this photo. I love the severe angles and dark stones contrasted with the soft light of the setting sun. For whatever reason, this image is linked in my mind to a scripture that is special to me:

“…In the same way, shine your light before others, that they may see your good deeds and glorify your Father who is in Heaven.”

Here’s hoping that the little church that meets each week in my own house can shine just as bright in compassion and grace as this spire shines by the light of the sun.

Admittedly, I wouldn’t mind meeting in the Old Tron Kirk from time to time…

Have you visited a city that feels like a living work of art? Sound off in the comments below!