Winter Light at the River’s Edge 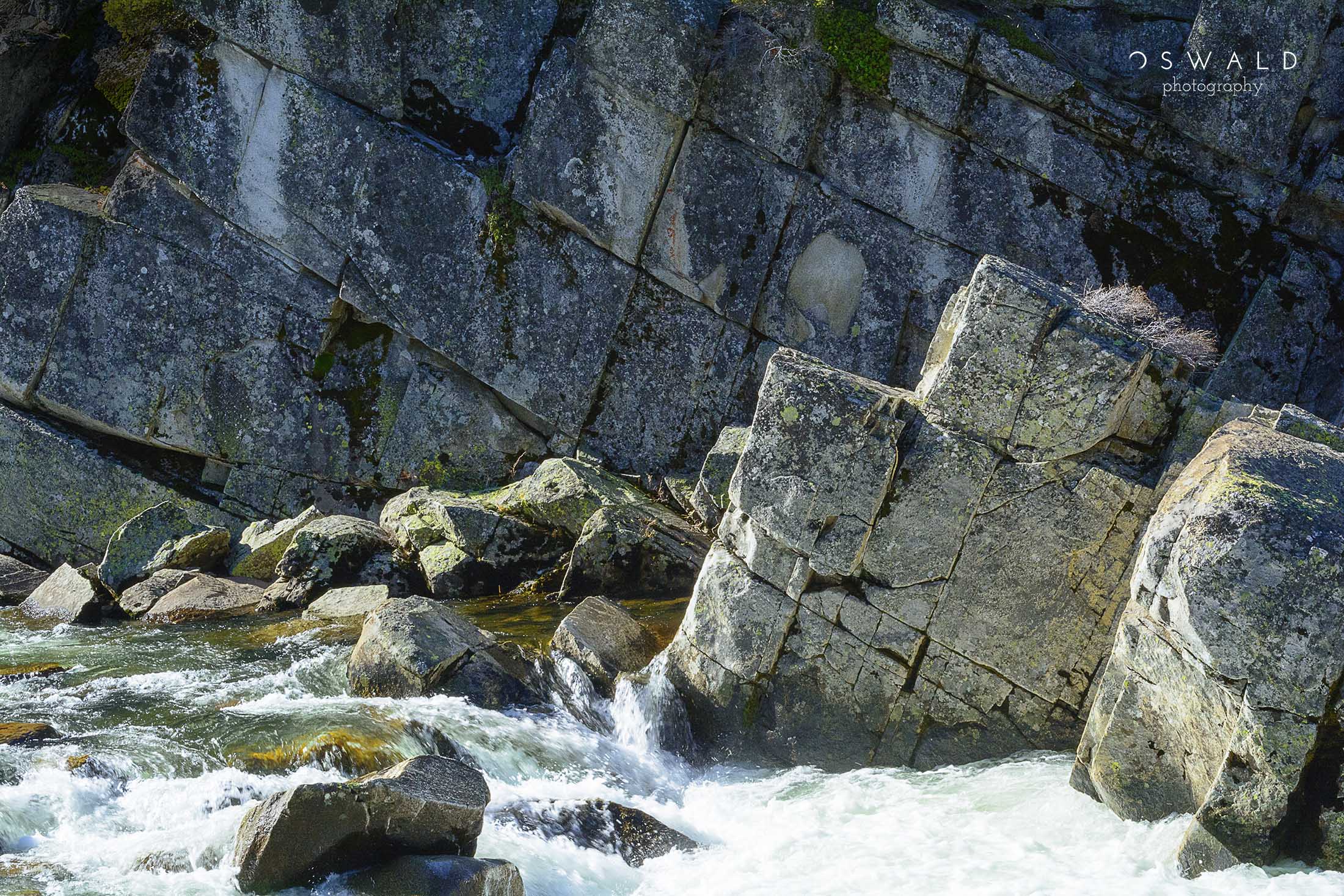 When my friend and photographer Steve mentioned his plans to head up to the Sierra Nevada mountains for a day of nature photography, I invited myself along. I can always use the creative jump start that comes from spending time with a friend who has gone ahead of me. Let’s hope he didn’t mind the company!

Our destination was the South Yuba River, not far from the mountain city of Truckee, California. Steve hoped to capture the run of the river in a different light than in previous sessions. I hoped to put my new lens through its paces. And to not fall in the winter snowmelt washing down the mountain.

Indeed, it was a cold and clear winter day that featured the lightest dusting of snow. After an hour my fingers thawed to the point that I could find the shutter release button on the camera and capture this shot. The checkerboard pattern etched into the rocks and wall captured my attention. So did the winter light, which seemed to illuminate the waters and occasional river rock while leaving the walls in the shadows. While the all of the day’s scenery was thoroughly beautiful, it was this moment that left a mark on me.

Where were you when you shot of nature’s most interesting patterns?