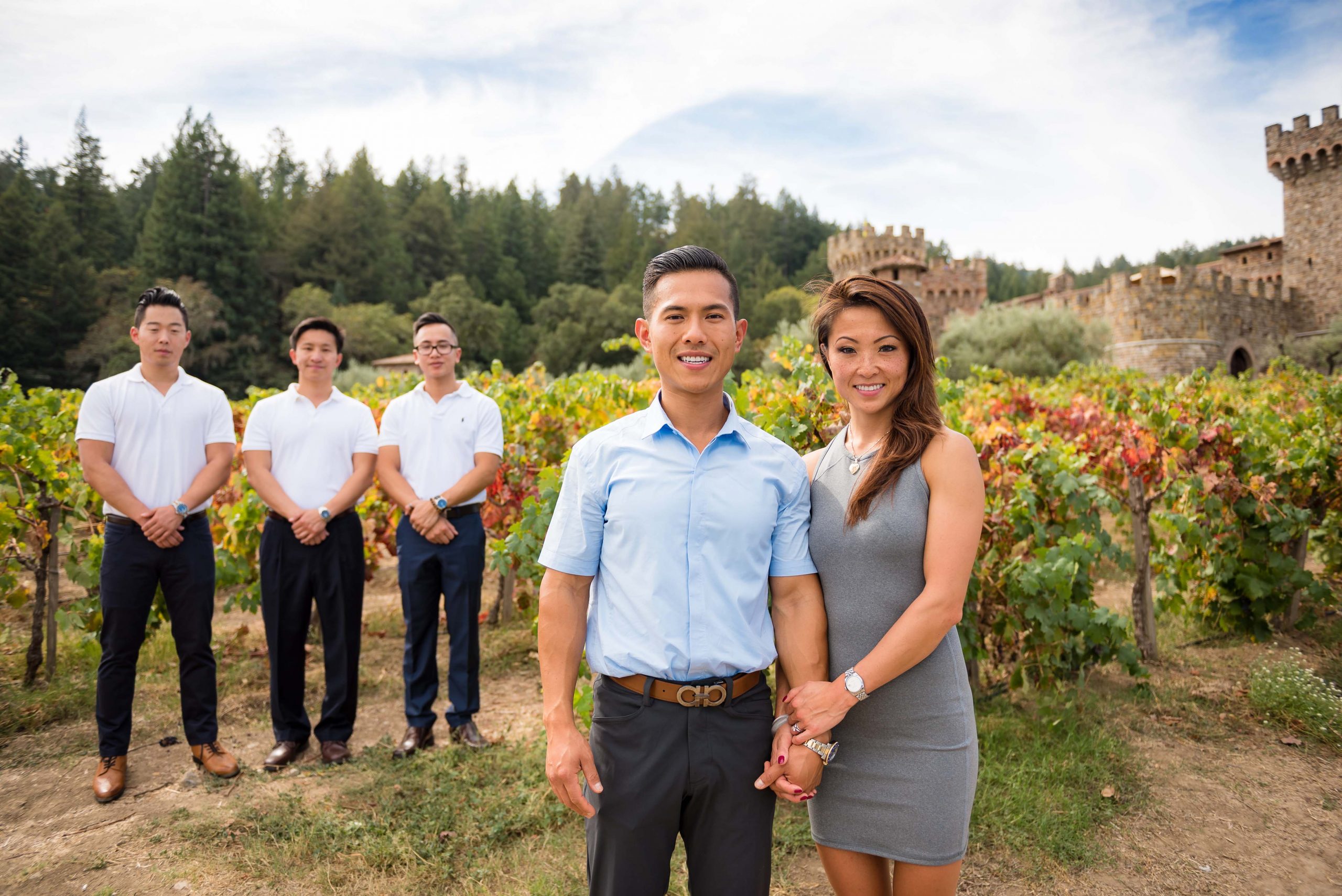 Part of my recent transition from photo blogger to professional photographer has meant being ready for the new: New assignments. New locations. New expectations. Challenging? Of course. Exhilarating? You betcha. I most certainly didn’t see this surprise proposal at Castello Di Amorosa coming. And neither did she.Tom had hatched a wide-eyed and tender plan to propose to his girlfriend of four years at the exotic Castello Di Amorosa. There would be wine, and a castle, and the element of surprise. With a few weeks to go until the proposal, he was looking for a videographer and photographer to etch this loving moment in mega pixels. It just so happened that my wife Erica and I were the ones he selected to come along on this ride. We weren’t too anxious about the photography part. The videography was a different story. It didn’t matter to him that we had never filmed video with our cameras before.

We made the drive out to Calistoga, winding our way through the lush vineyards of the Napa Valley. The sun shone like summer on that hot fall day. I wondered how these wine country vineyards had so successfully defied the recent Californian drought. I didn’t have much time to wonder as Erica and I kept watching the clock in hopes that doing so would get us past Napa traffic and to our destination on time. Missing the moment was not an option.

We pulled our car up the drive to Castello Di Amorosa just minutes before our meet up time. Having visited this modern interpretation of a 13th-century Italian castle before, we were eager to see the day’s events unfold in front of these stone walls. Tom and a carful of well-dressed buddies arrived before we could even appreciate the scenery. We shook hands and offered “hellos” with the sort of speed befitting a team that knew there was no time to waste. Tom was in the zone, and we were jumping in alongside him.

He laid down a sheet between some nearby grapevines, and scattered rose petals overhead. He was cool and confident as he did so — even taking the time to joke without seeming nervous. He positioned his three matching friends behind the sheet, each one with some props to serve some purpose I didn’t yet understand. He hid an audio recorder nearby to collect the words that would soon be exchanged. And with that, Tom drove off to pick up his girlfriend Carol from the nearby winery where he had left her with some excuse that he hoped had been convincing. Meanwhile, Erica and I took our places with our cameras, ready for whatever might happen.

Tom returned in just a few minutes with a blindfolded and bewildered passenger. He slowed the car, hopped out and ran around to the passenger door to lead his girl by the hand. She walked tentatively, asking him where he was taking her, and why he made her wait so long at the last vineyard. “Just follow me,” he reassured her. My camera was snapping, and Erica’s camera was rolling. Tom guided her to the petal-laden sheet, pointed her to face him, and removed her blindfold. She most definitely didn’t see it coming.

First, she saw the three familiar faces standing nearby, and then the sheet. And then she looked at the strangers holding cameras, and confusion hit her. “What’s happening? What are we doing here?”

Tom began to tell a story that he had prepared, summarizing his wonder and gratitude about the four years that he and Carol had spent together. His friends held up signs and posters during the most critical moments, which Tom had printed for precisely this purpose. Carol both laughed and cried, with visible curiosity about what would come next in the story. She didn’t have to wait long. Tom was soon down on one knee with a ring in hand, asking if she’d continue the story with him for the rest of their lives.

“Yes! Yes!” she screamed and threw her arms around Tom.

Almost airborne in their joy, Erica and I photographed the happy couple at all manner of beautiful spots near Castello Di Amorosa over the next hour, as you can see from the gallery below… 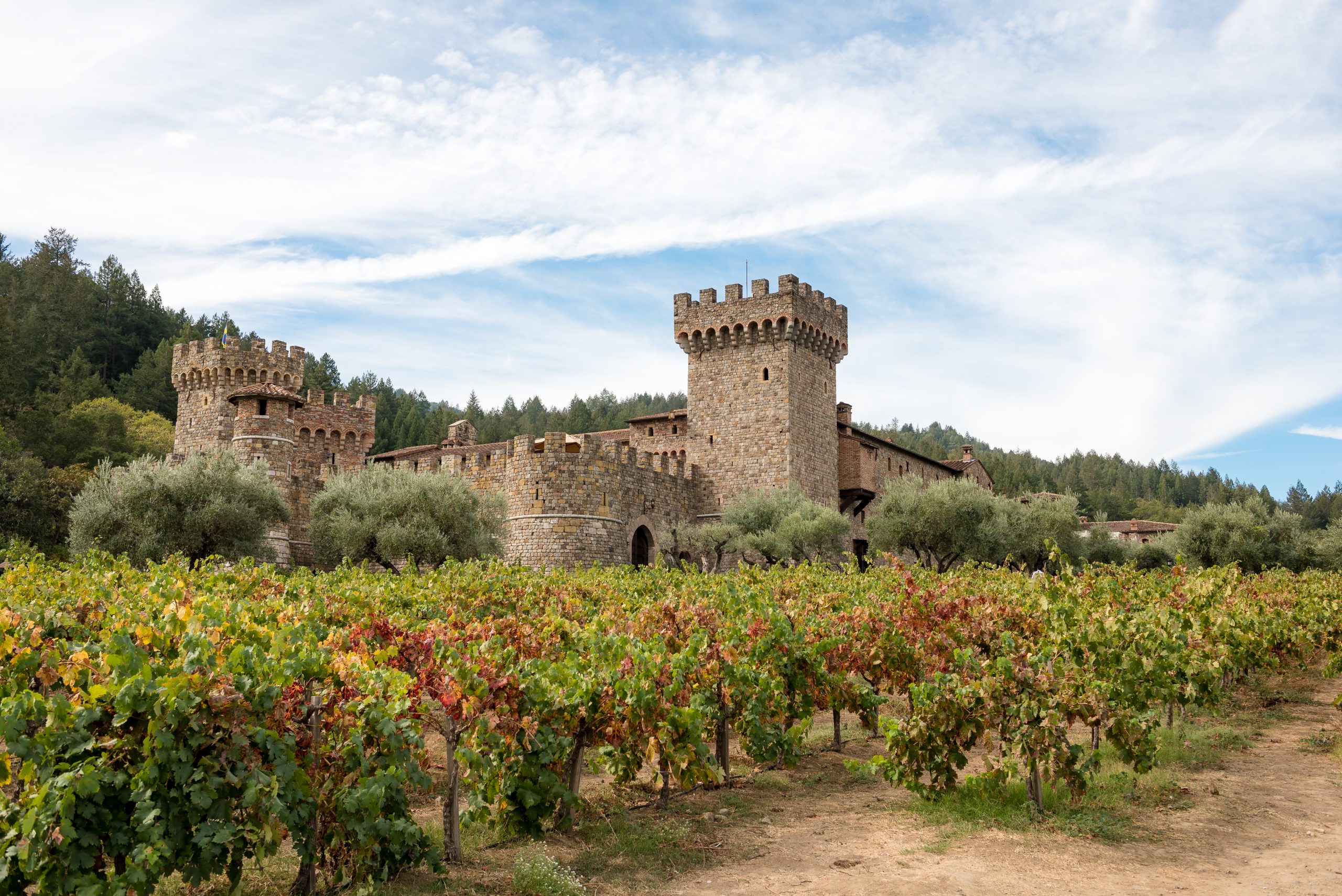 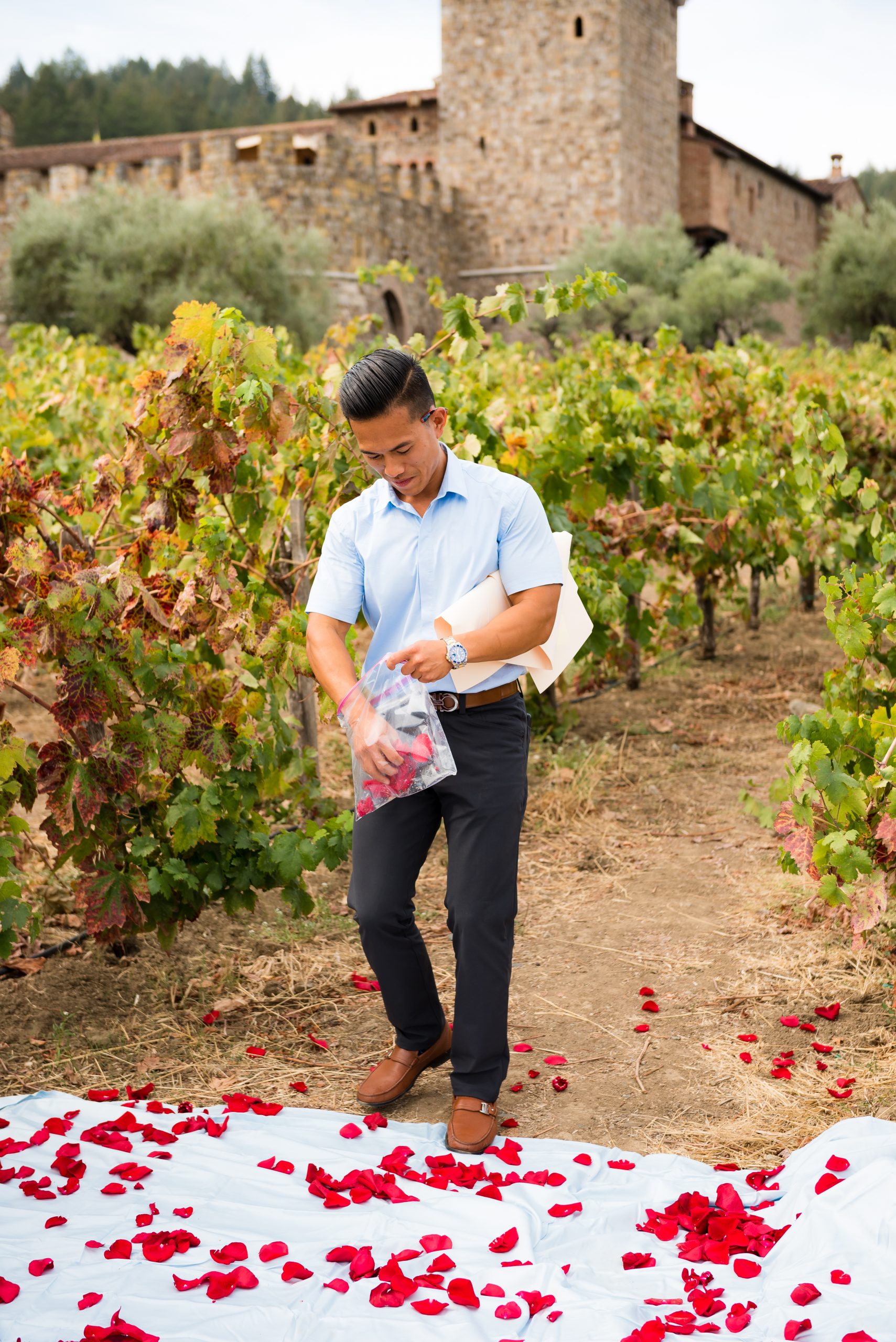 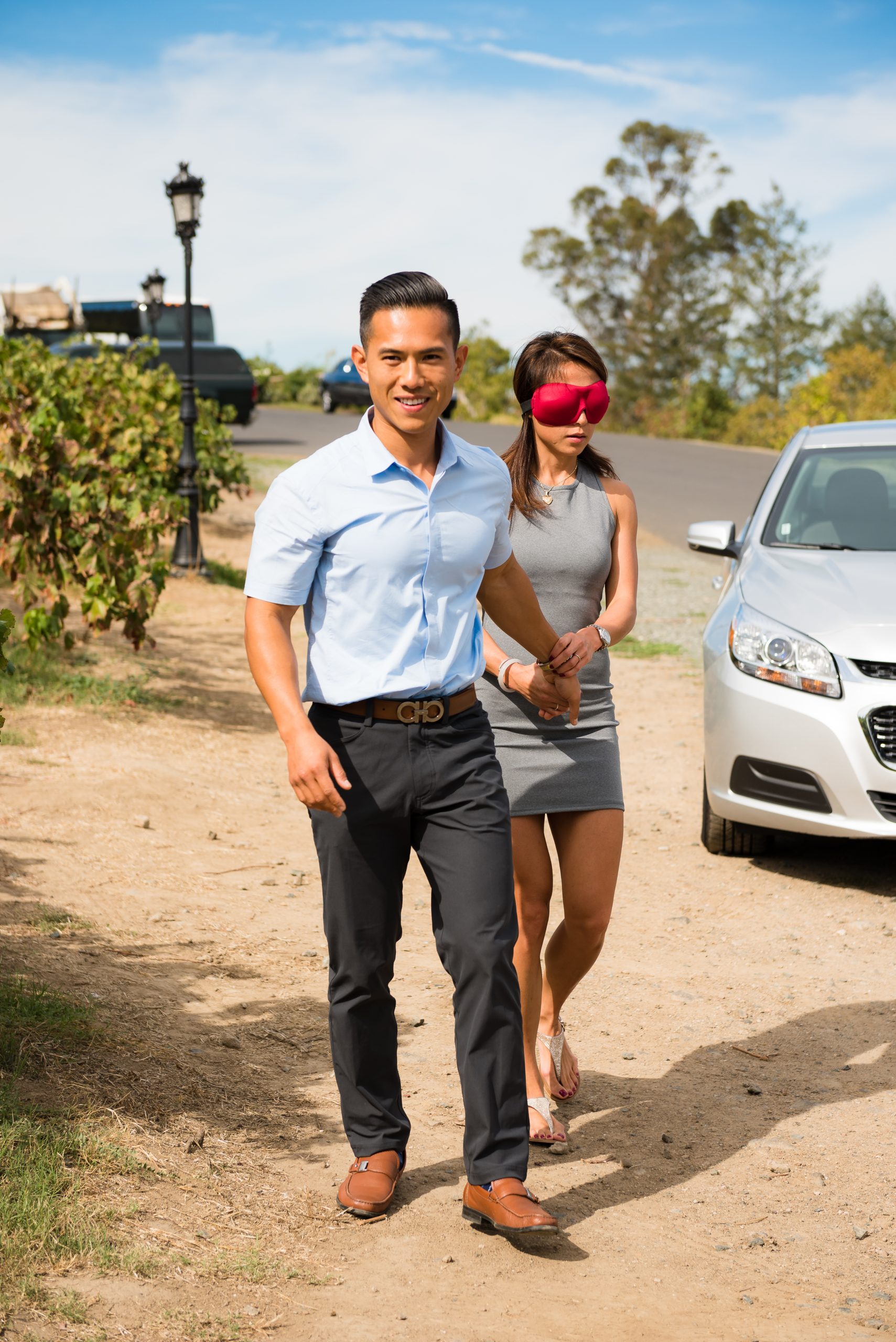 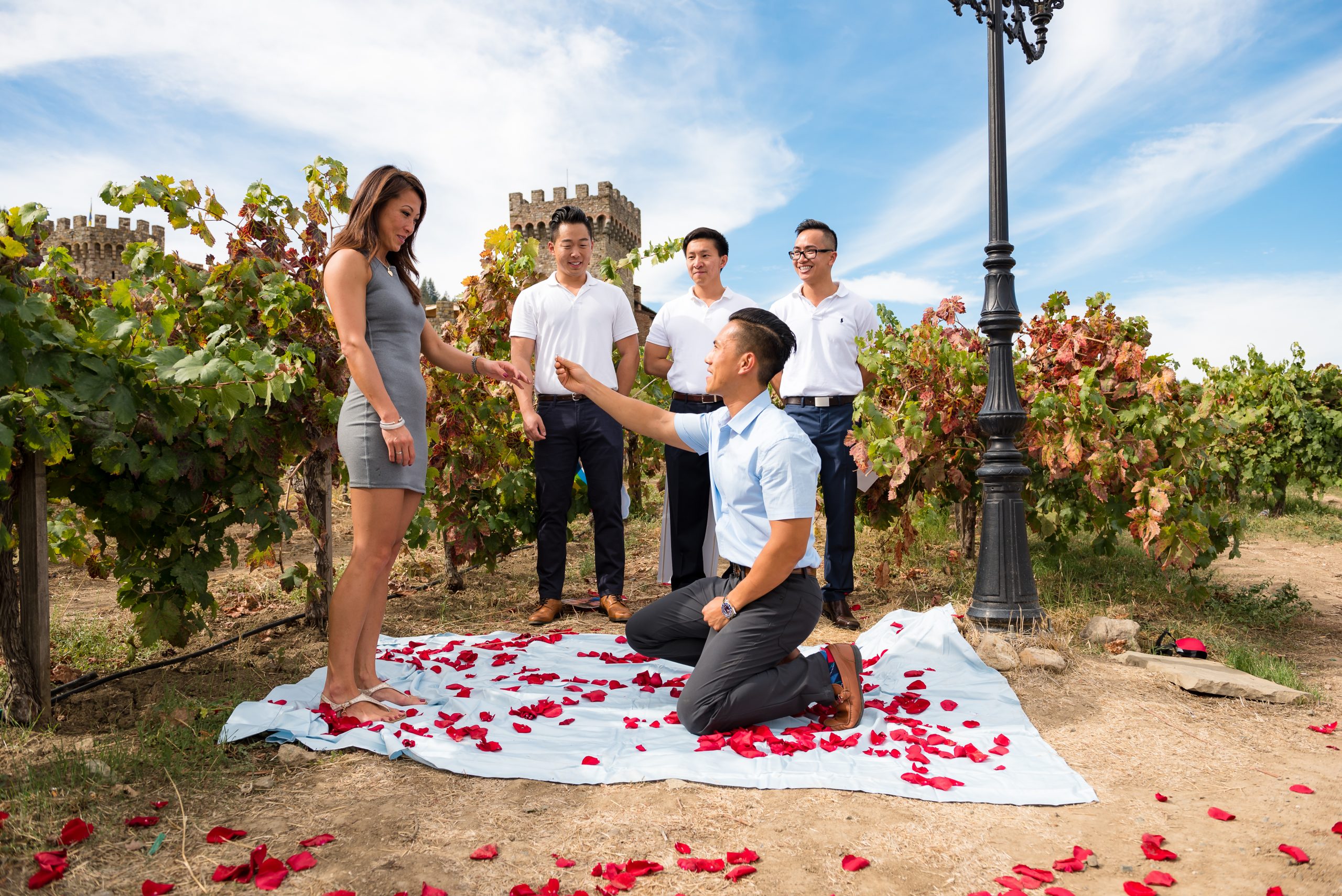 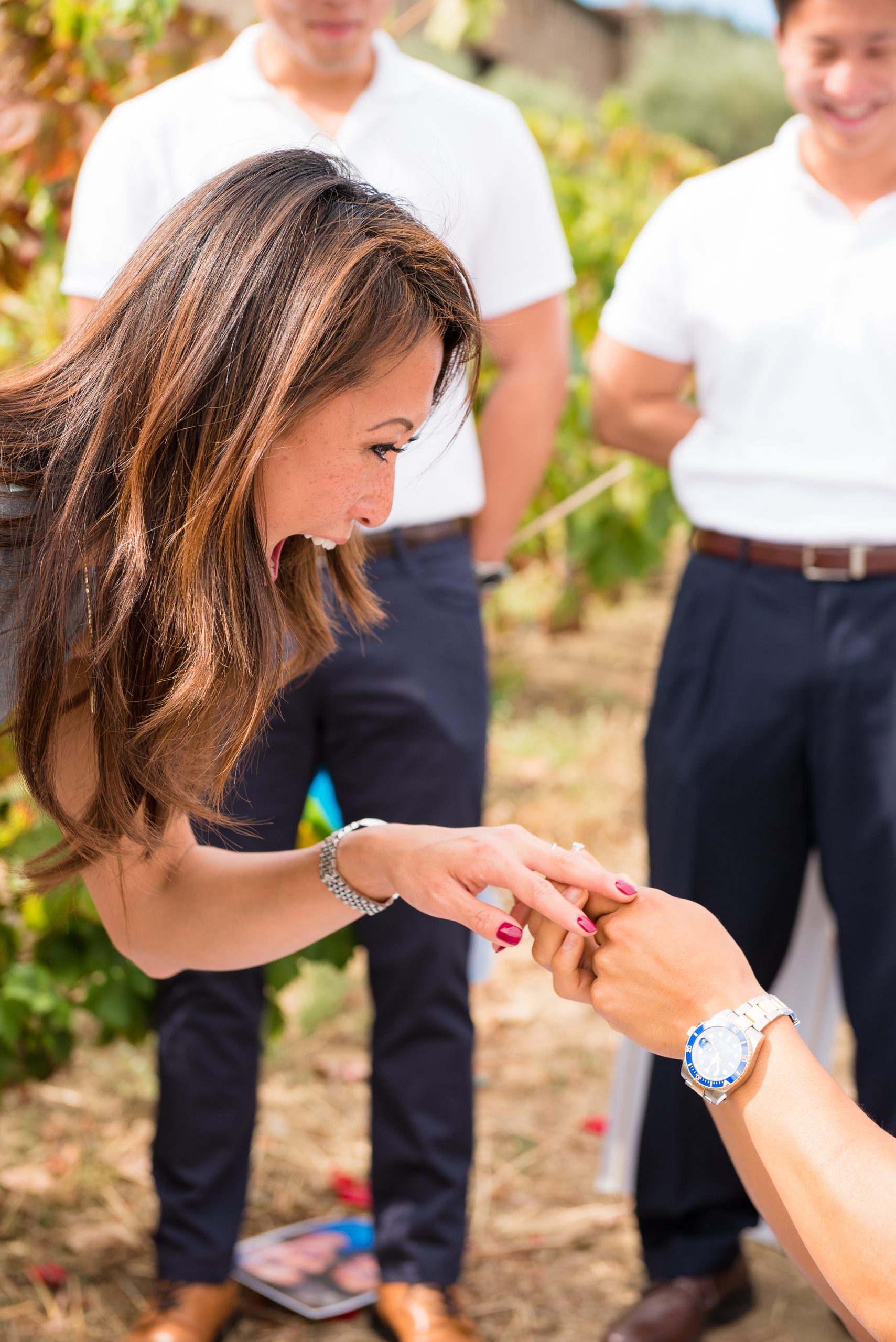 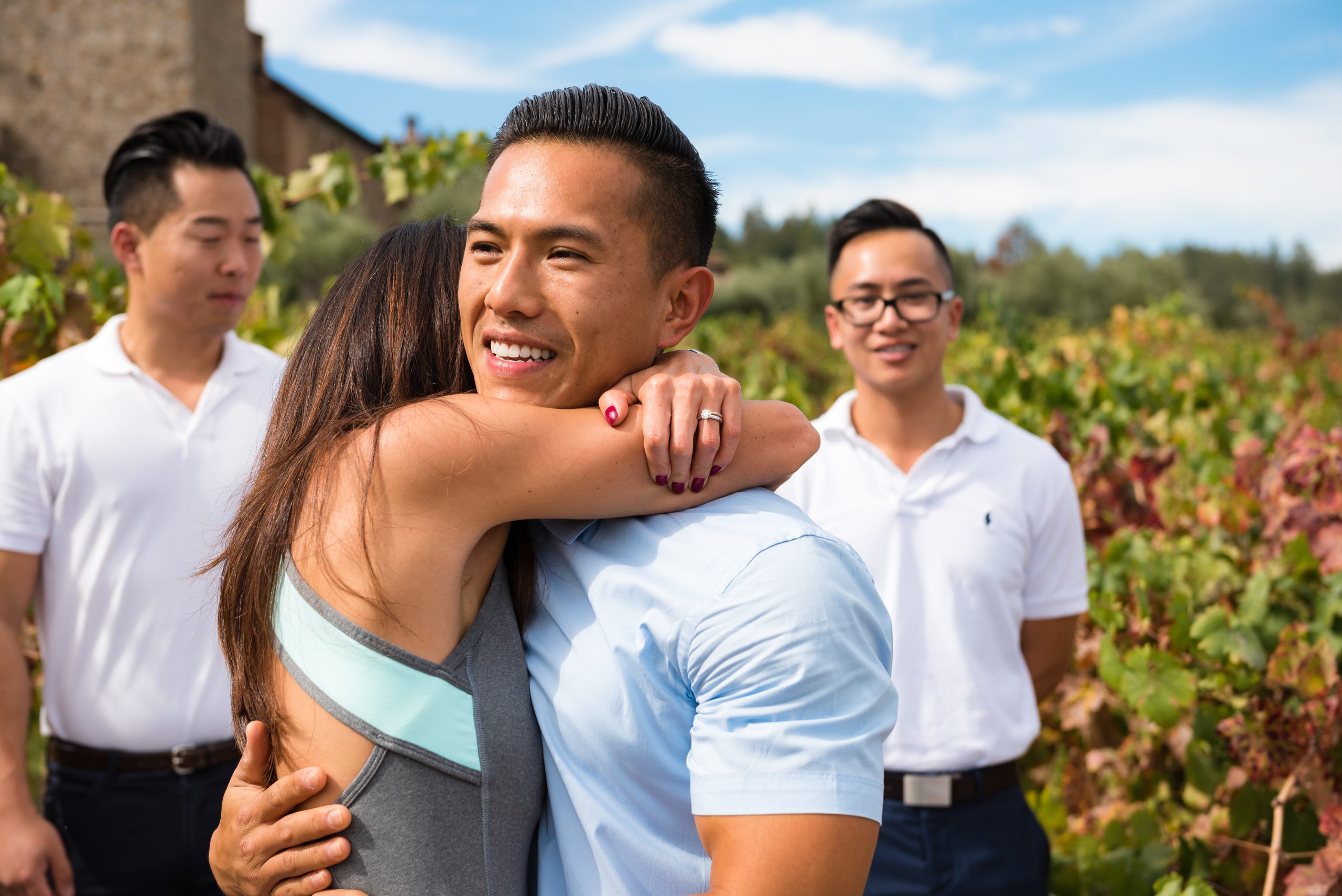 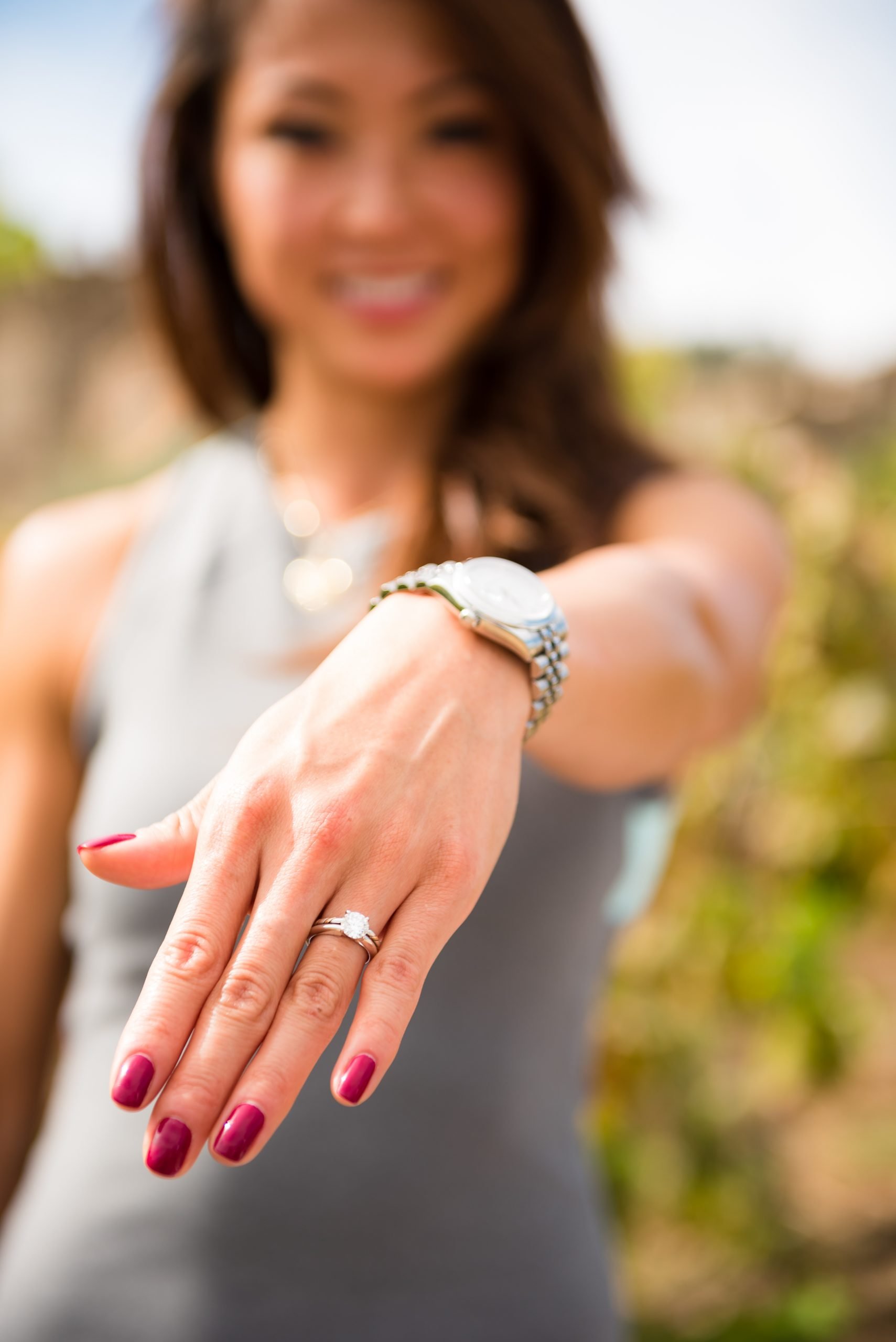 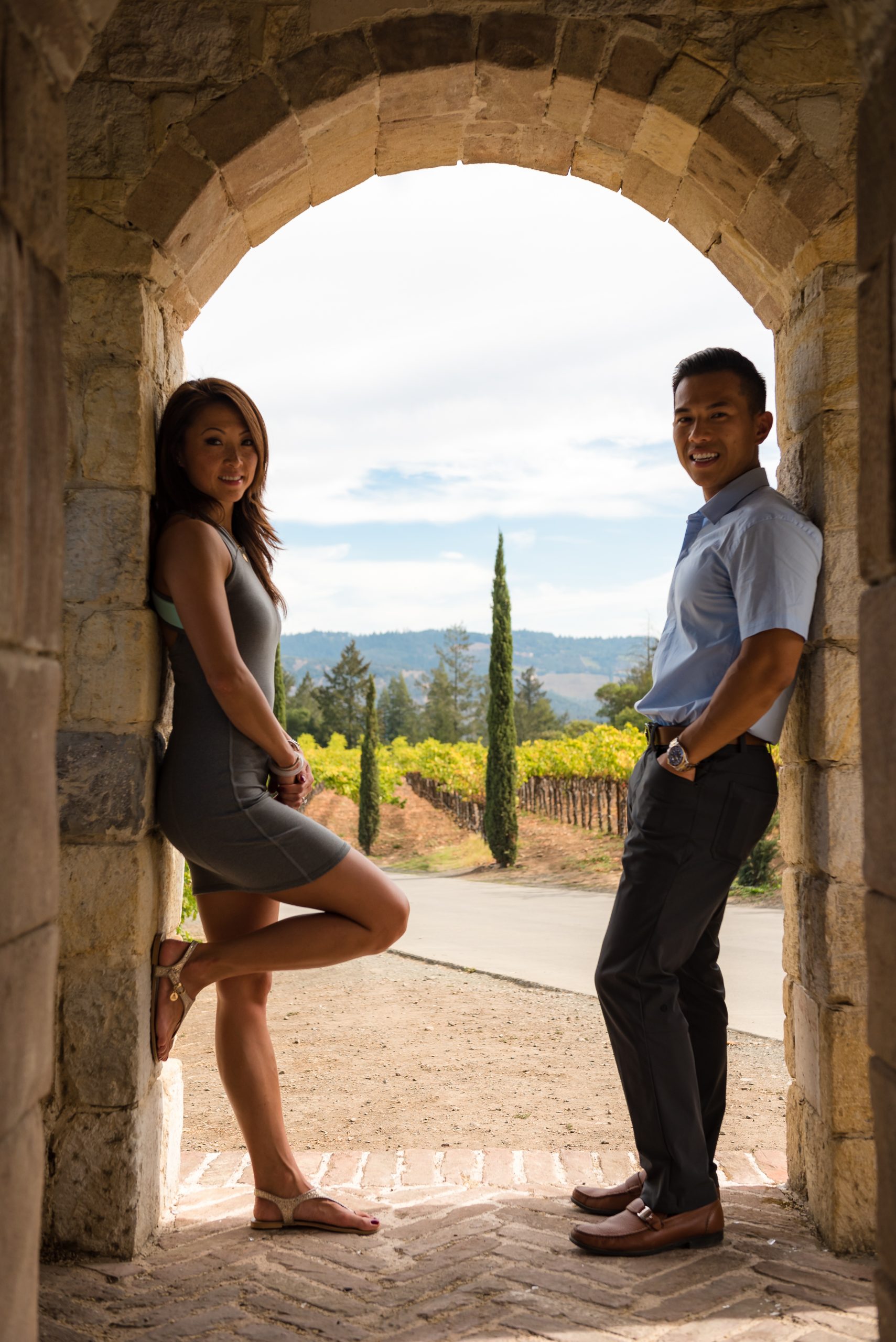 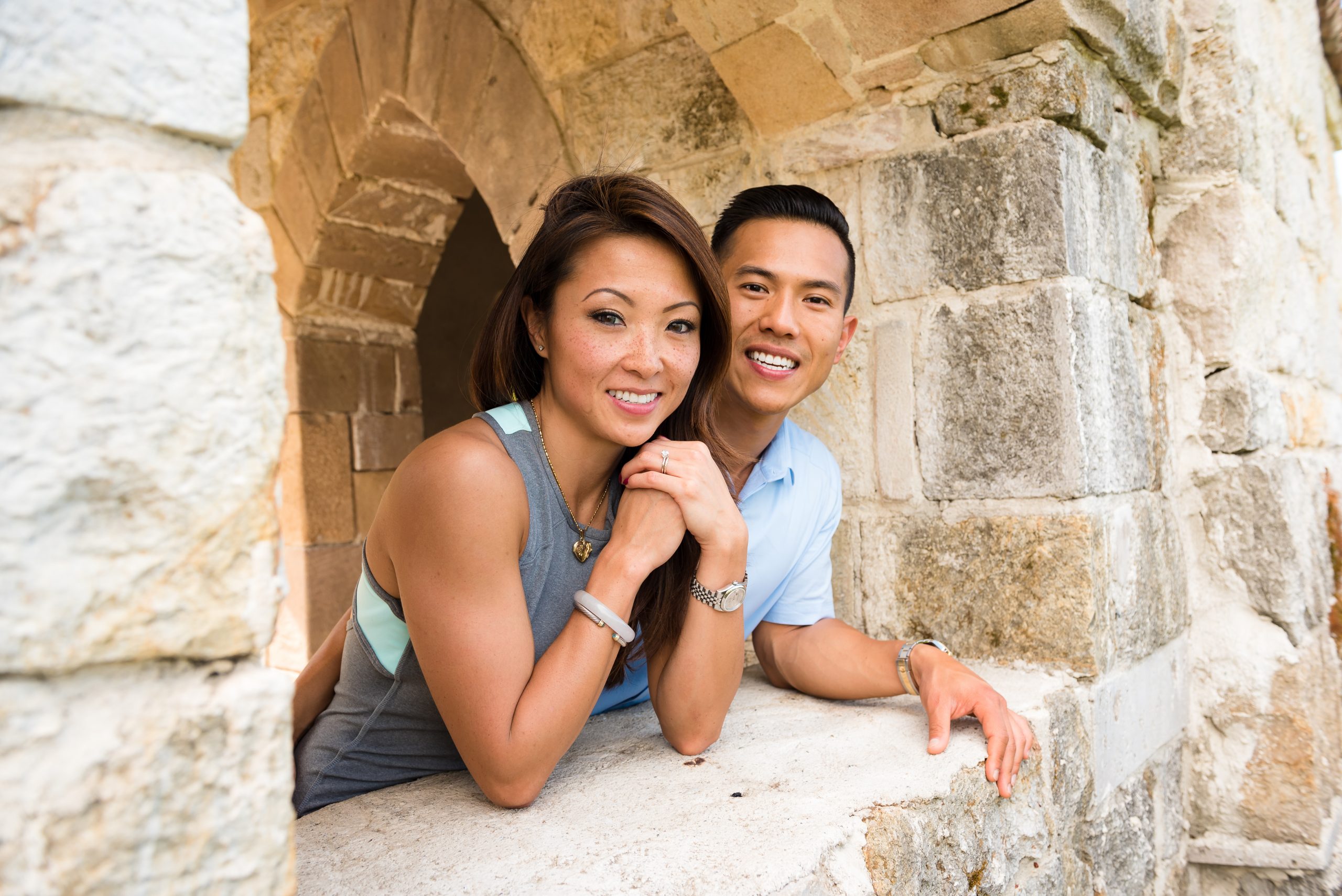 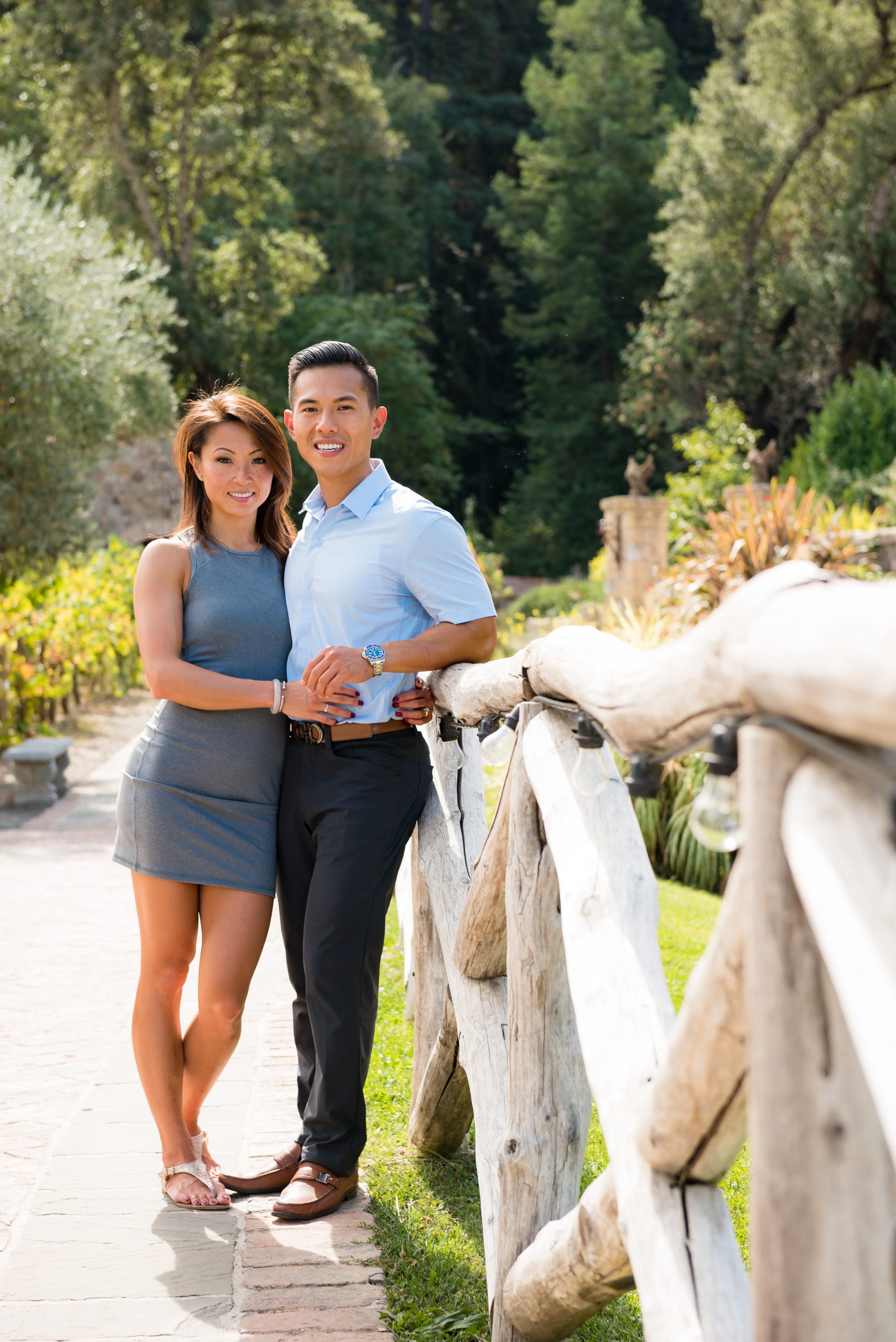 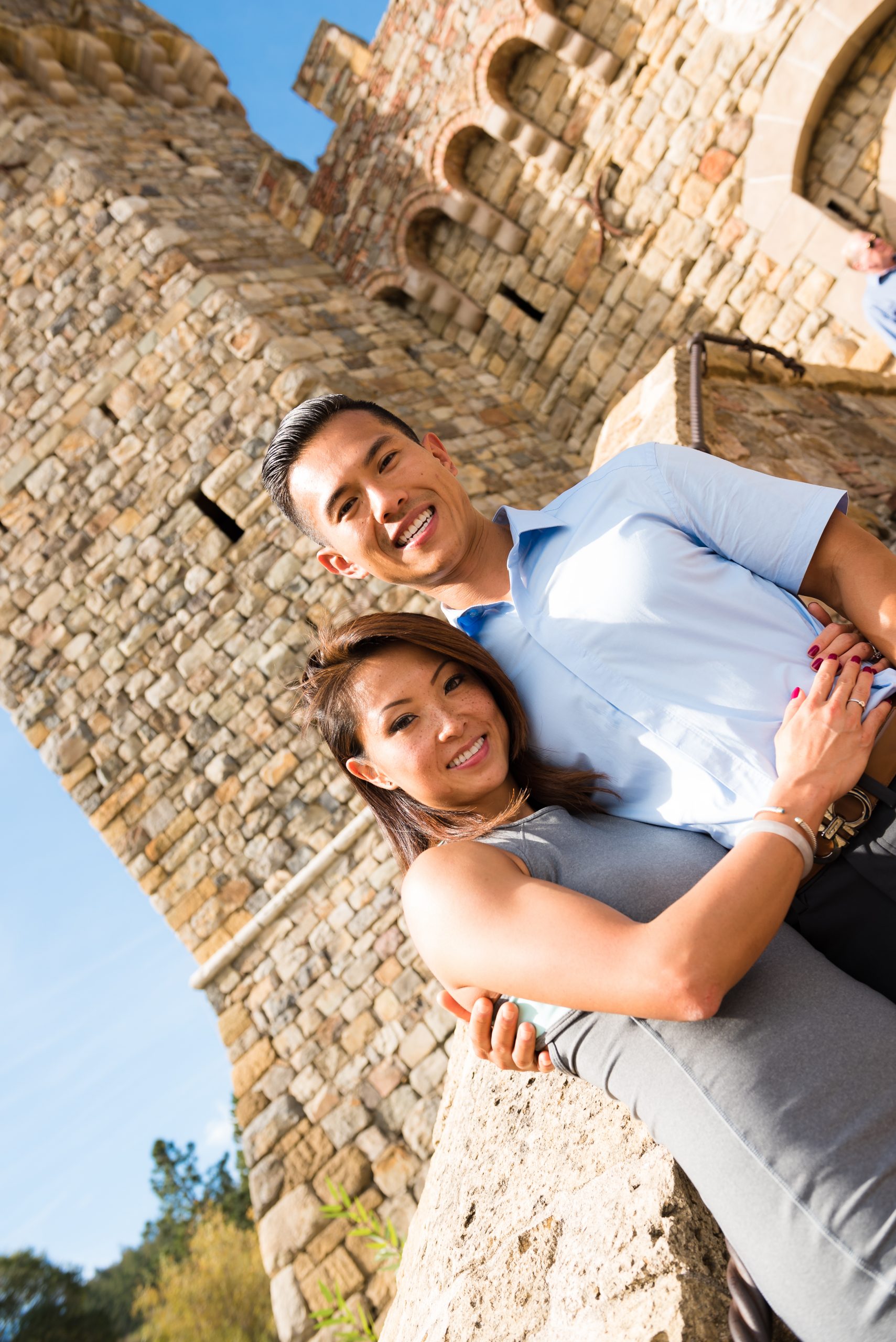 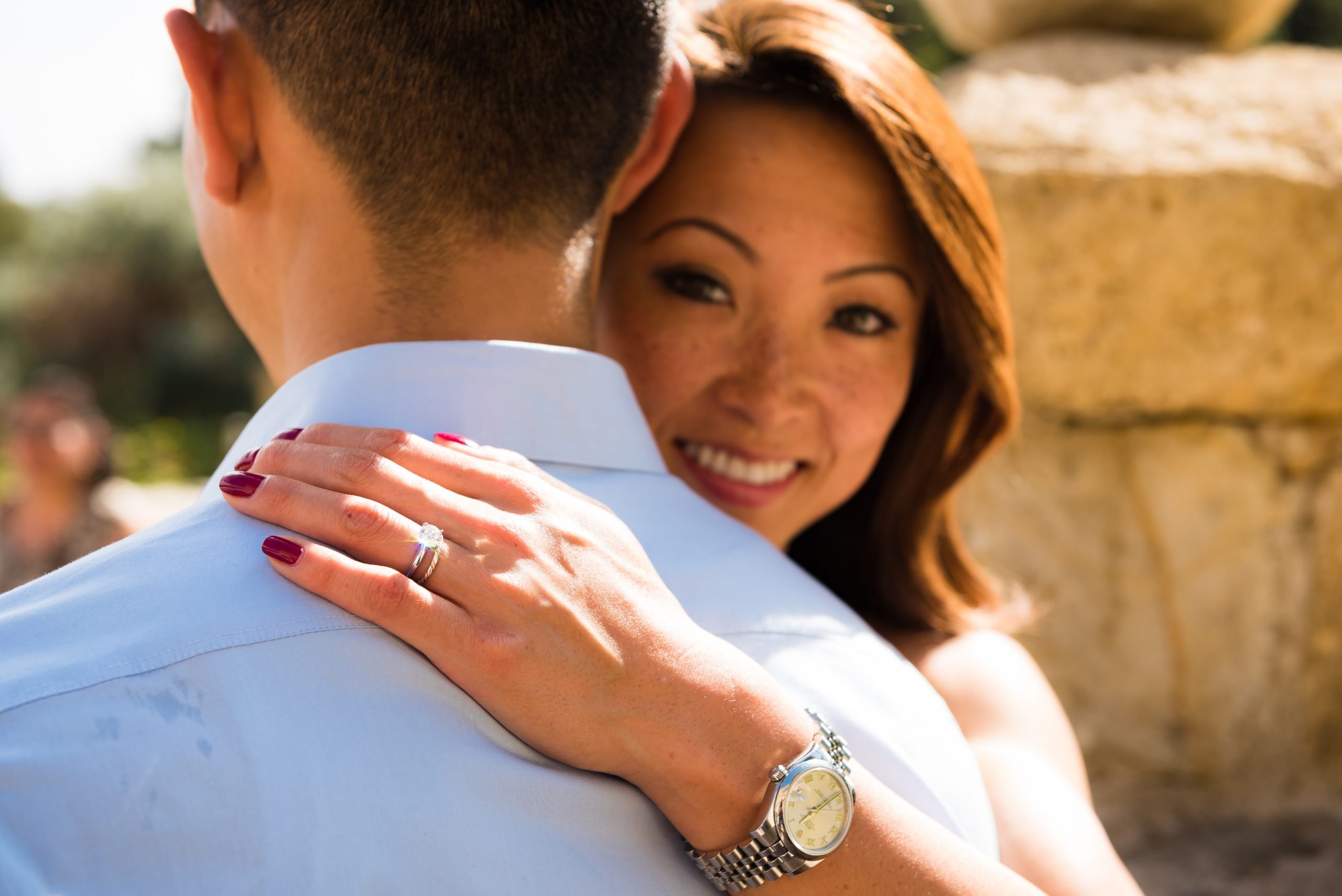 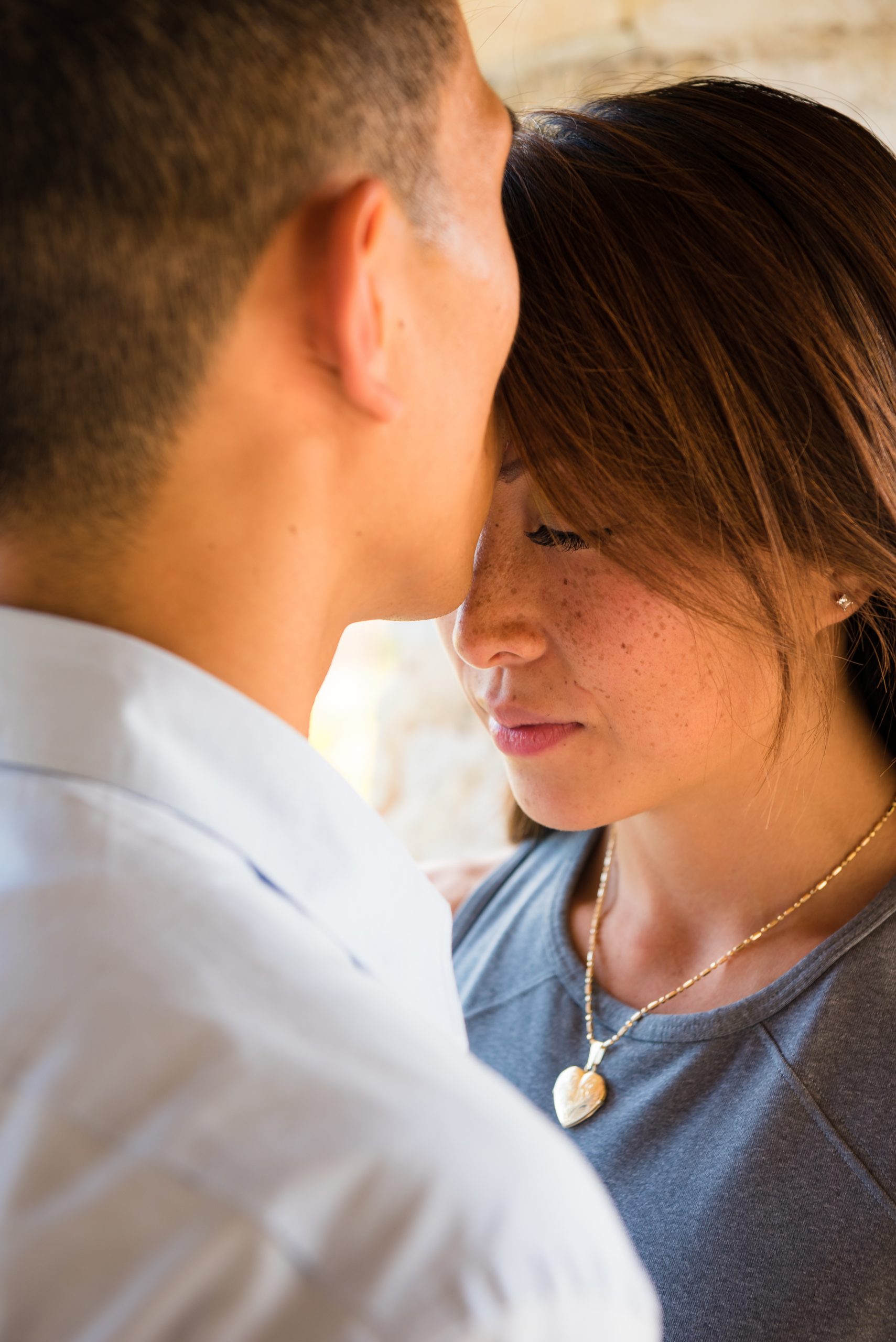 How wonderful to be welcomed into Tom and Carol’s story at such a happy moment. And hats off to Tom for planning a surprise proposal that was so full of heart. I have the highest hopes for these two lovebirds, and hope to see them walk down the aisle in the near future.